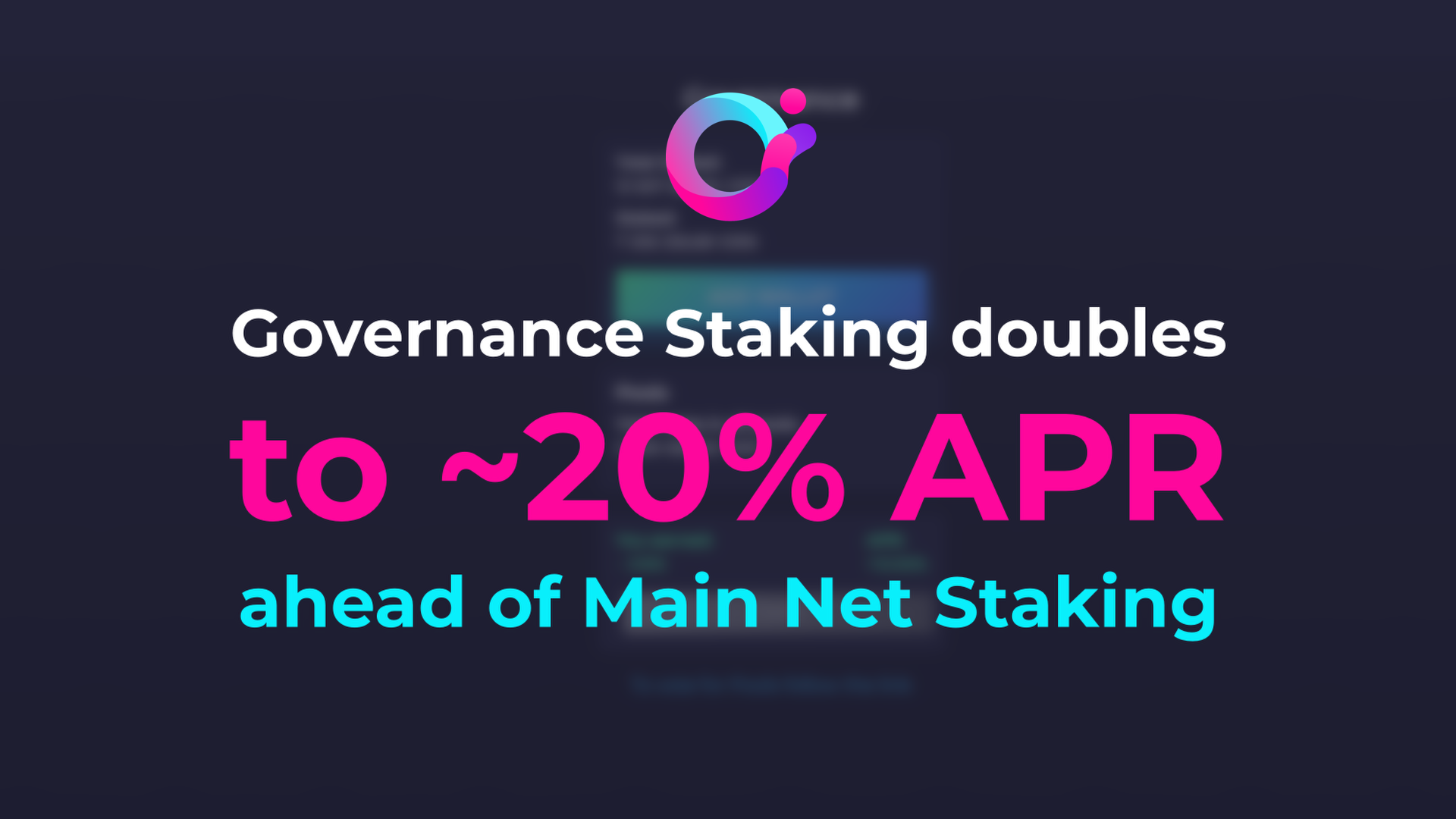 Main Net Staking is a deflationary staking model that rewards ORN holders from protocol fees. New tokens are never minted for rewards, and APR increases alongside protocol volume. In our next step towards full Main Net Staking, Governance Staking APR has almost doubled to 20% APR with the addition of several forms of protocol fees.

This move towards a deflationary staking model coincides with a number of ongoing methods to reduce total and circulating supply (including ORN committed from SolarFlare, trading fees, licensing fees and more) as we continue to build a deflationary token economy.

Protocol fees to be distributed to governance stakers:

+ USDT terminal fees: Currently, users have the option to pay terminal fees in ORN (0.2%), ETH, BNB, and USDT (0.3%). 350K worth of USDT fees accumulated since launch have been used to market buy ORN and will now be redistributed to governance stakers.

+ Unstaking fees: Unstaking fees were introduced in January to disincentivize unstaking, while incentivizing and further rewarding staking. Since unstaking January 30th, ~15,000 ORN has been accrued. These accrued fees and future fees will now be distributed to governance stakers.

+ 0.1% governance pool fees: Since the launch of Pre Main Net Staking, 0.1% pool fees have been collected via users voting on 5 ORN pools. All accumulated and future fees will be redistributed to governance stakers.

APR will fluctuate depending on staking volume, and tokens accrued via fees. Meanwhile, the team will work to regularly rebalance the APR across ETH + BSC chains (and other chains post integration).