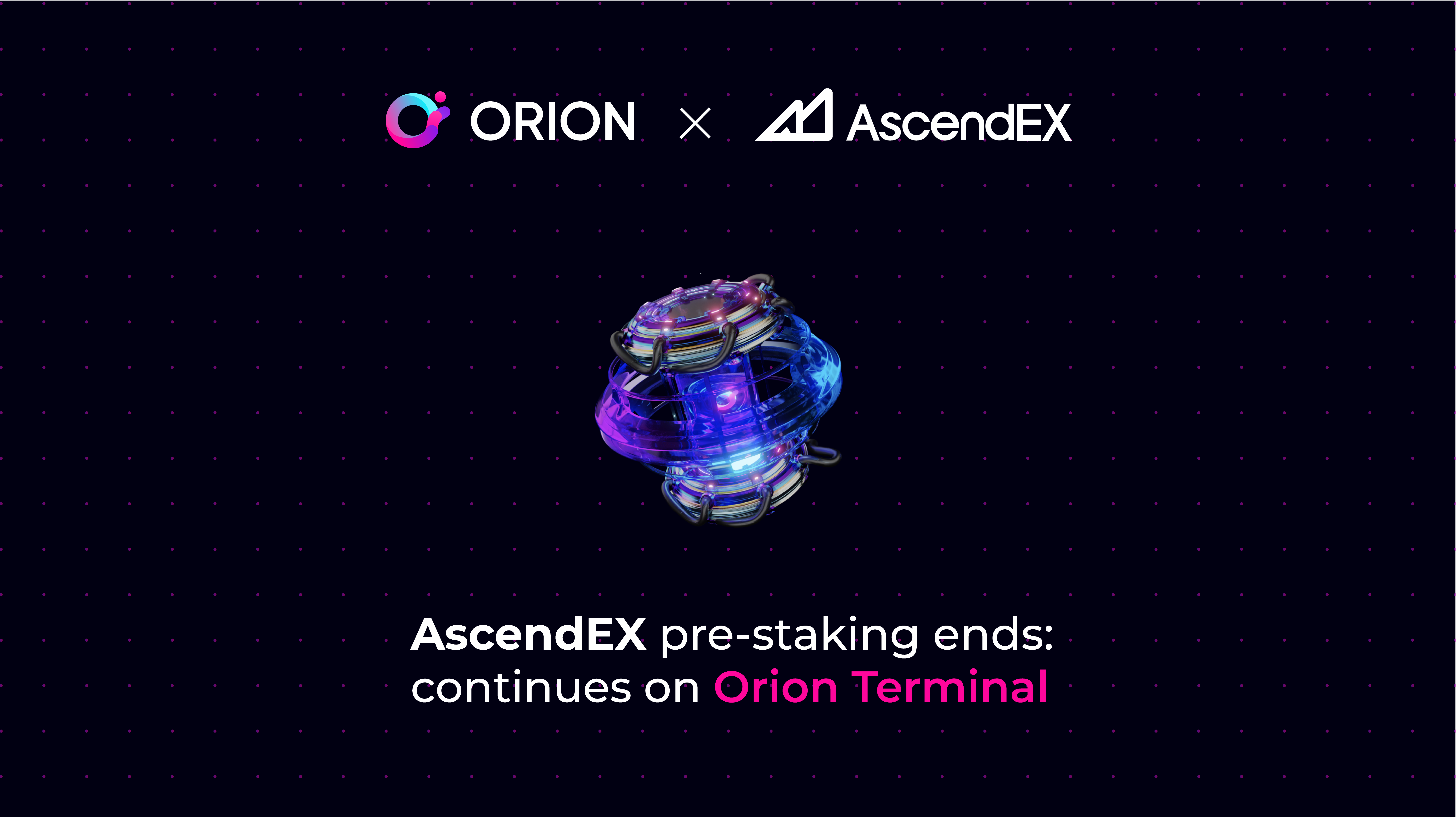 Pre-staking of ORN on AscendEX ends at 2am UTC on July 1st, 2022, as users fully migrate over to Governance staking on Orion Terminal, signaling another phase of building towards Main Net Staking on Orion.

In July 2020, Orion and AscendEX (then called BitMax) launched a pre-staking program, giving users 39% APR for staking their ORN, of which 70% of the circulating supply was staked by the following month.

To this day, Orion and AscendEX maintain a strong partnership, with Orion being the first to decentralize AscendEX’s order books via Orion Terminal, giving Orion users access to deep and aggregated centralized liquidity along with Binance, OKX, KuCoin and more. Meanwhile, AscendEX gains a new wave of users through decentralized means as individuals can trade using their own wallet without regional restrictions on Orion Terminal.

- ORN pre-staking concludes on AscendEX at 2am UTC, July 1st.

- After that, ORN staked assets on AscendEX will be returned to a user’s cash account within 2-4 business days without any commission fee charged.

- Users can continue to Governance stake their ORN using their own wallet on Orion Terminal (APR will fluctuate).

- Orion Bridge, the industry’s most secure bridge (L1-to-L1) can be used to transfer ORN across different chains (Ethereum or BSC).


Pre-staking of ORN ends on July 1st via AscendEX, with users now able to stake ORN directly from their own wallet on Orion Terminal - the native home of ORN. The move signifies the gradual transition to Main Net Staking on Orion, where fees generated from Daily Protocol Volume of the liquidity aggregator flow back to ORN stakers.

Orion Protocol will be continuing the pre-staking beyond the campaign at 20% APR for another month....