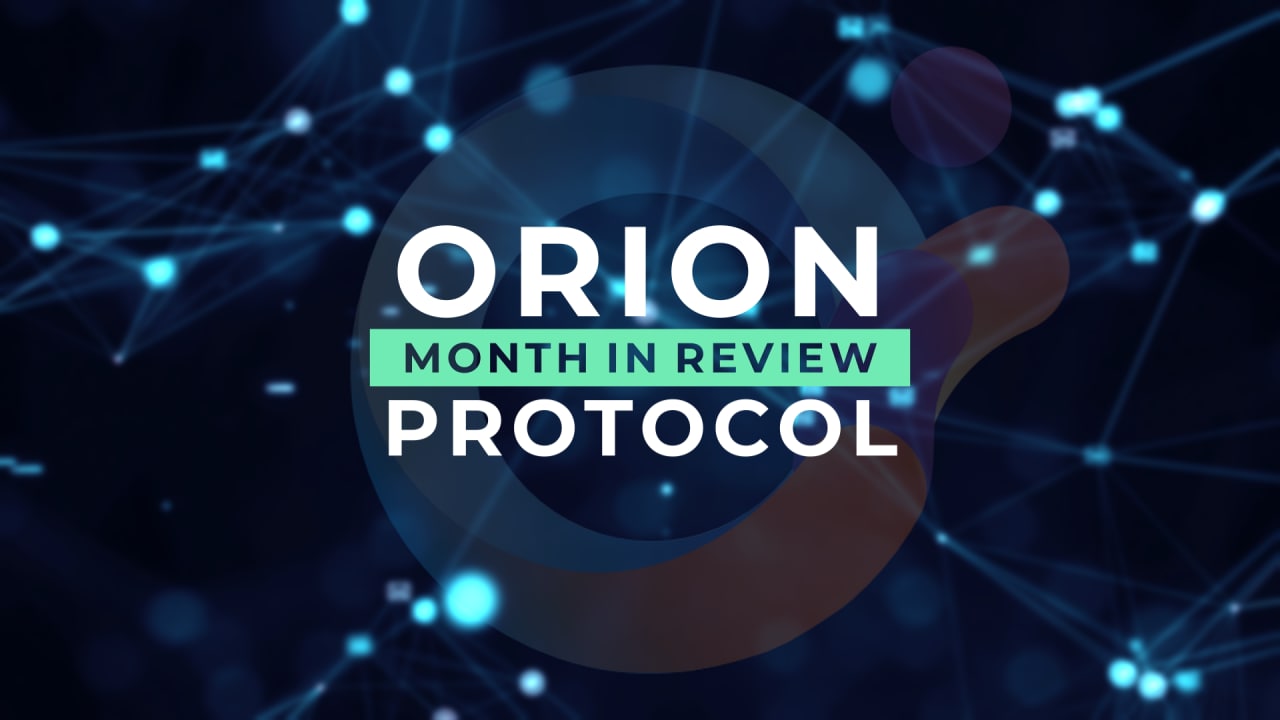 From listings on some of the biggest exchanges in the world, to product launches, new pools, spotlights, community growth, integration announcements, and more, it's been another busy month at Orion. We'll let the numbers do the talking:

With even more to come, we’ve had an incredible month in regards to listings on some of the biggest exchanges g, including:

Orion Pool V2 launched on Tuesday, August 3rd. This move marked the next stage for Orion ahead of the integration of swaps, DEXs, and CEXs: expanding assets and volume on the terminal significantly.

With this launch, Orion Terminal became the only trading platform to enable decentralized access to centralized and decentralized liquidity sources in one place. Users can seamlessly trade across Orion Pool, CEXs, and DEXs directly from their wallet (without KYC and regardless of jurisdiction), and the order will always be routed to the liquidity source with the best price.

We’ve seen incredible success with our ‘Spotlight’ projects on Orion Pool - from million to billion dollar market cap projects, each with farming (both ORN and native) enabled:

Demand for spotlighting continues, with an exciting roster of projects to come!

#CommunityDay allowed community members to create a pool for any asset, with 42 community pools created in 24 hours. Any token listed on Orion Pool paired with USDT results in a listing on Orion Terminal - driving visibility and accessibility for the community’s favorite assets.

Ahead of opening up Orion Pool shortly for any individual or project to ‘self-list’, who’s ready for another #CommunityDay?

Orion has continued to evolve existing partnerships in order to maximize the potential performance, increasing synergies and new methods of integration. New areas of integration have been announced with several key partners: this month, including:

Over the course of the last month, social volume and engagement has grown significantly, and we’re incredibly excited to have grown our community in a short space of time.

Community engagement included a trading competition, CommunityDay, ‘Battle of the Pools’, Spotlights, Learn and Earns, and more, resulting in:

Orion Terminal’s daily transactional volume hit $50m this month - a new record. But we’re just getting started, and there’s a lot more in store to drive users and volume to the terminal.