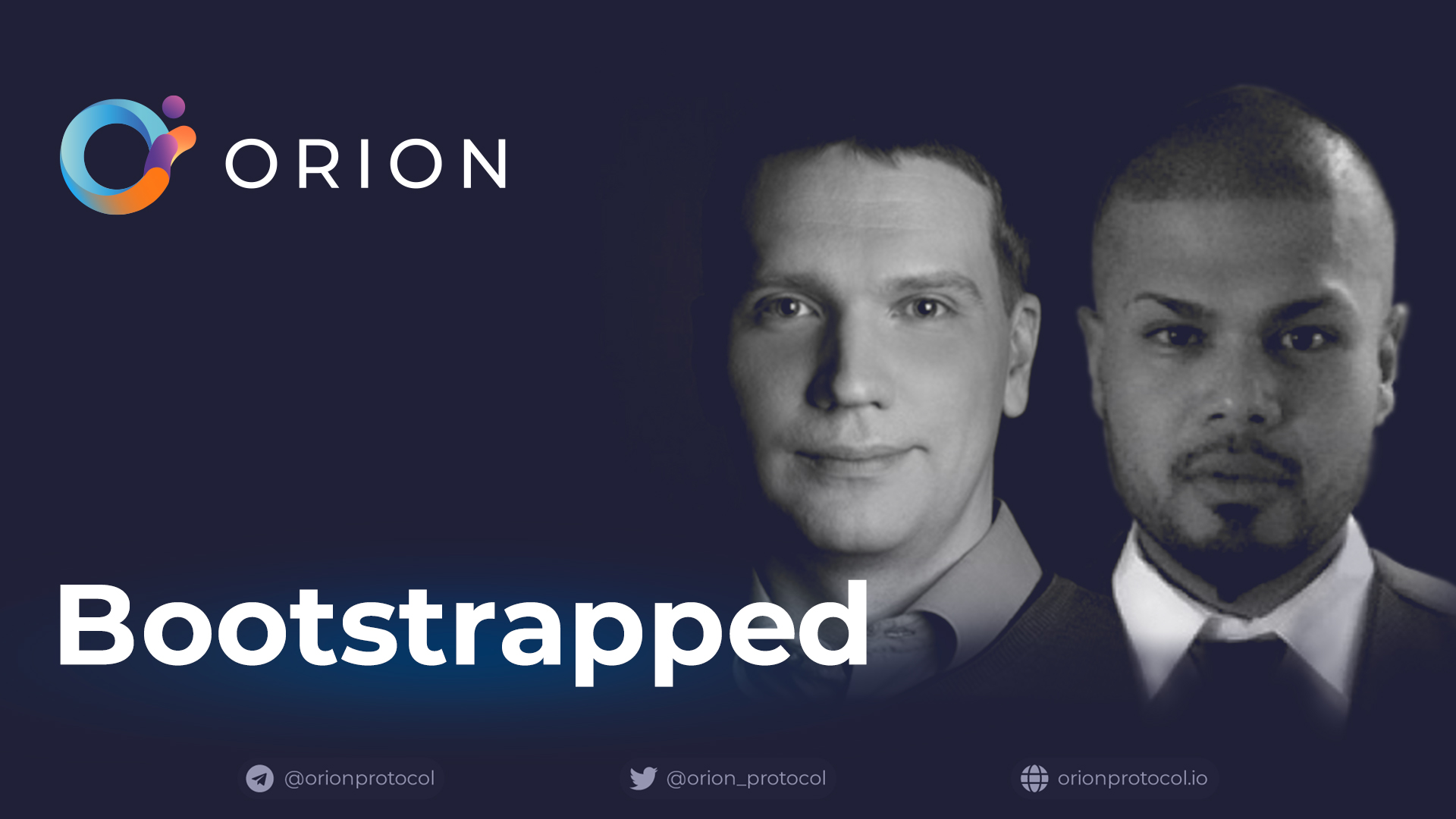 Driven by development but limited by cash-flow, the team pooled together and self-funded the majority of the seed round through their own resources and those of family and friends.

The need for funding in a start-up is axiomatic. But in the critical stages of early development - when an entrepreneurial mission is being born - there’s something to be said for the agility, flexibility, and control that self-funding of a project brings.

Orion Protocol co-founders Alexey Koloskov and Kal Ali met in early 2018. At the time, Alexey was CTO of Holdvest - a multi-asset and portfolio management tool. Kal, then Founding Partner of Kanix with a string of notable advisories under his belt, came across the project and was immediately inspired by Alexey’s talent and vision.

Previously Chief Architect and Creator of the Waves DEX with extensive experience in the development of complex banking software for large international banks, Alexey’s technical aptitude was evident, while Kal brought an appetite for continuous development that pushed beyond the limitations of “right now”. Driven by the knowledge of traditional, centralized, financial institutions and an enthusiasm for the decentralized world of blockchain, the two developed Orion Protocol with the goal of shaping the future of finance.

Kal became COO to lead product and business development while Alexey led the fore as CEO, with the technical proficiency to bring their ambitious ideas to market. Soon after, Kal’s brother, Yanush Ali, joined the team as the driving force for their strategic development - armed with an understanding of what investors were looking for through experience in fundraising for over a dozen noteworthy crypto projects. Learn more about the team here.

An agile team with complementary skill sets, the three set about maximizing their human capital to build the most advanced liquidity aggregator in market - on which all future solutions would be built. Remaining lean, they set about building solutions that solved real industry issues, with a focus on developing revenue streams that generated profit from day one.

But human capital can only stretch so far. Driven by development but limited by cash-flow, the team pooled together and self-funded the majority of the seed round through their own resources and those of family and friends. This allowed them to continue building a project over which they could retain control of its vision and shape the future of its success.

Fast-forward to today and the team has built the most advanced liquidity aggregator protocol ever developed - aggregating the liquidity of the entire crypto market into one decentralized platform via every major centralized exchange, decentralized exchange, and swapping pool. They’re set to solve some of the largest problems in DeFi by building industry-critical solutions on the protocol for businesses and consumers, including a Trading Terminal, DEX Kit, Enterprise Trade Widget, High-Margin DEX, Price Oracle, and much more to come.

Having established their deserved place in the market and built a community of loyal followers that believe in the project and the team, they’re embarking on the next stage of their development through private and public funding to bring Orion Protocol to the masses and revolutionize the finance world. Find out more here.

Mettalex joins as a Broker

Mettalex becomes a broker on the Orion Network, enabling cross-chain trading of decentralized...
Get in Touch