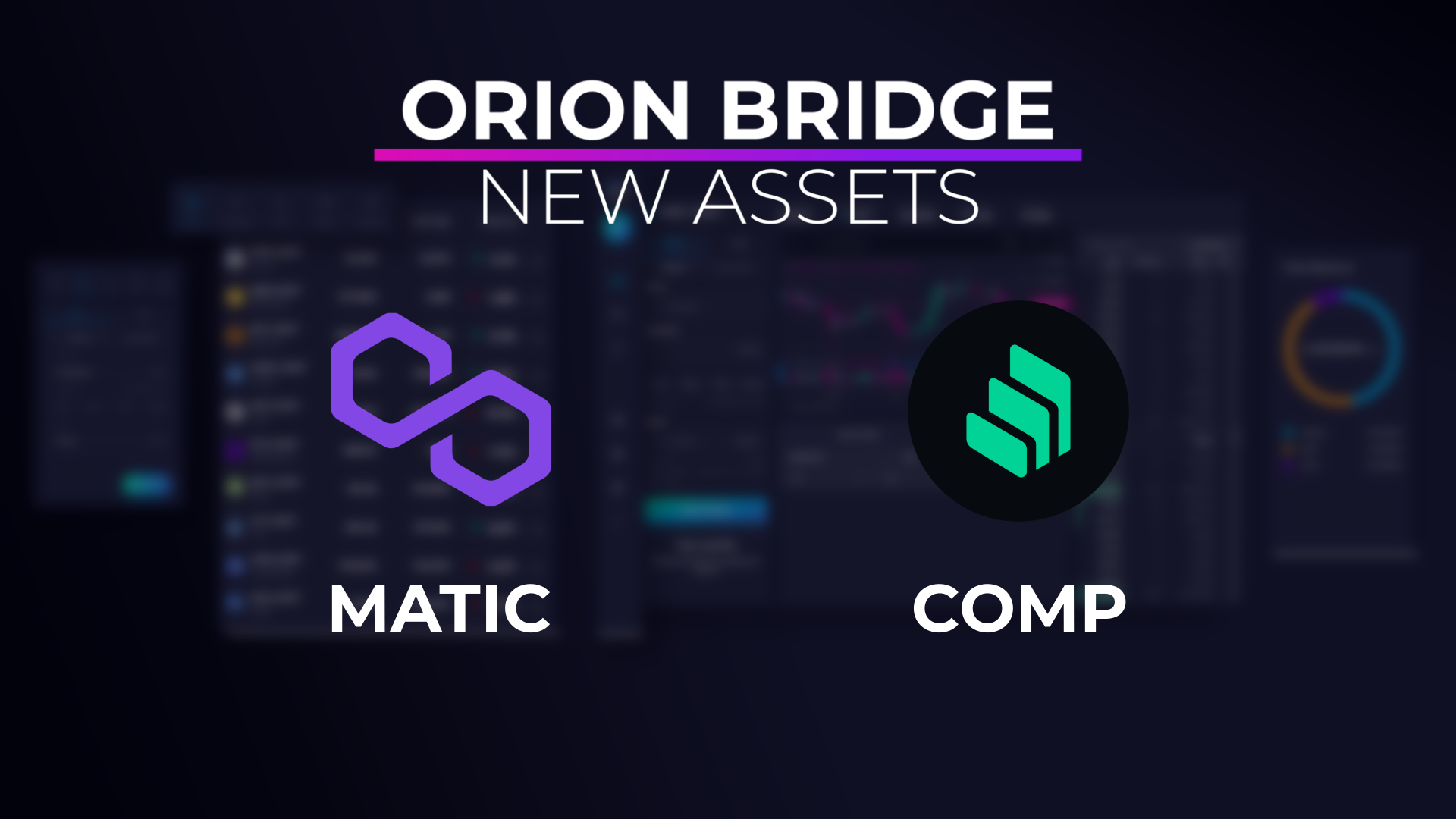 Need a reminder of how Orion Bridge compares to other bridges in market? Read on.

In the last two weeks alone, Multichain (Anyswap), Qubit, Wormhole, and Meter bridges have been exploited - totalling losses of $500 million. While the specifics vary, these exploits all come down to the minting and wrapping of assets. Meanwhile, on Orion Bridge, there’s no wrapping or minting of assets - just the atomic swap of one L1 asset for another L1 asset. You don't lose ownership of your assets until you receive the corresponding pegged token on your chosen chain.