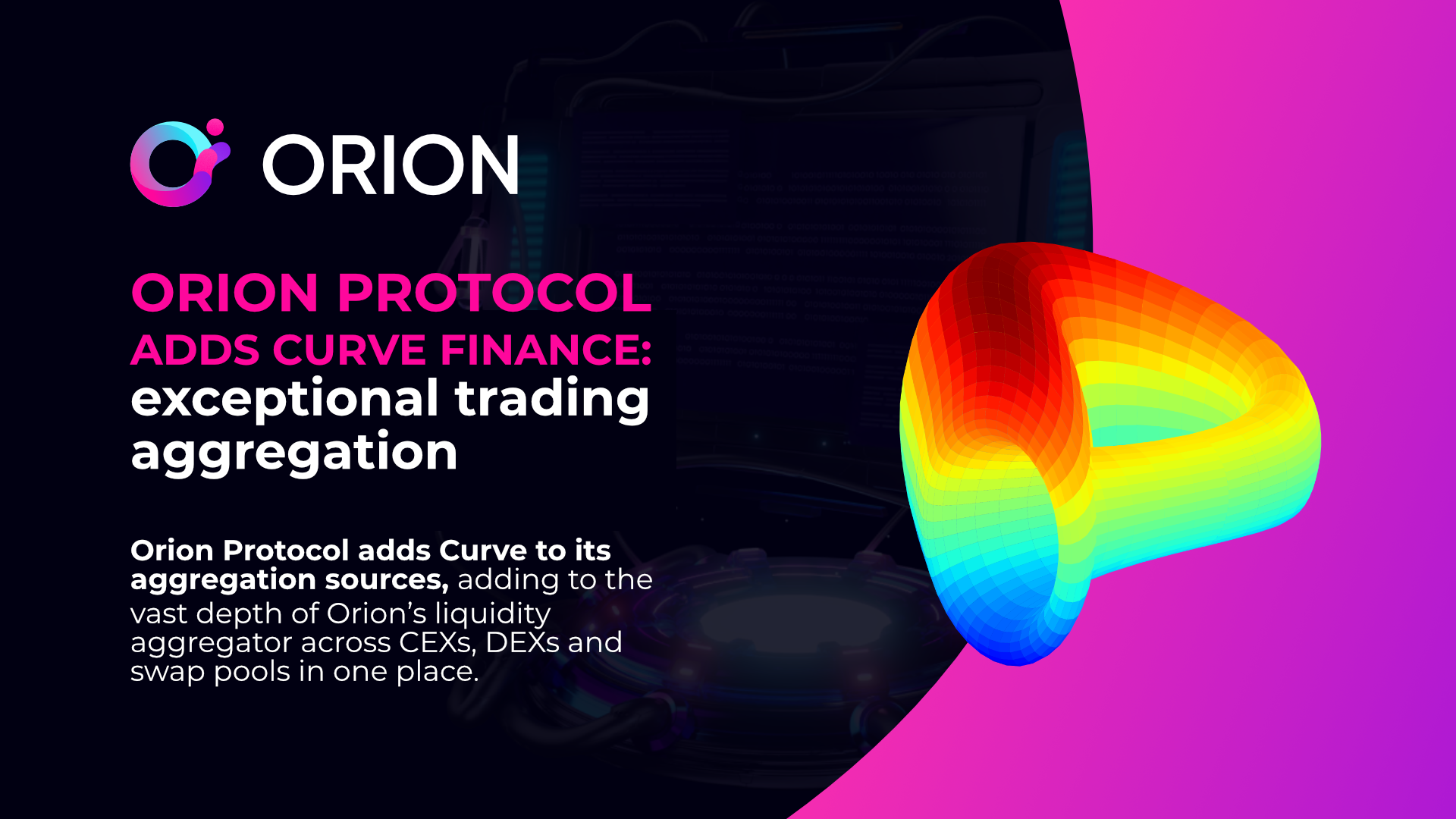 Orion Protocol adds Curve to its aggregation sources, adding to the vast depth of Orion’s liquidity aggregator across CEXs, DEXs, and swap pools.

Curve Finance’s AMM pools add another significant liquidity source to Orion Protocol, giving a platform for users to add exceptional depth to their trading capability using Orion’s supreme aggregation technology for any token or coin on the Terminal. Curve (CRV), Uniswap (UNI), PancakeSwap (CAKE), SpookySwap (BOO), and QuickSwap are all included on Orion, combined with the largest centralized exchanges for seamlessly combined trading of digital assets like stablecoins and other altcoins. 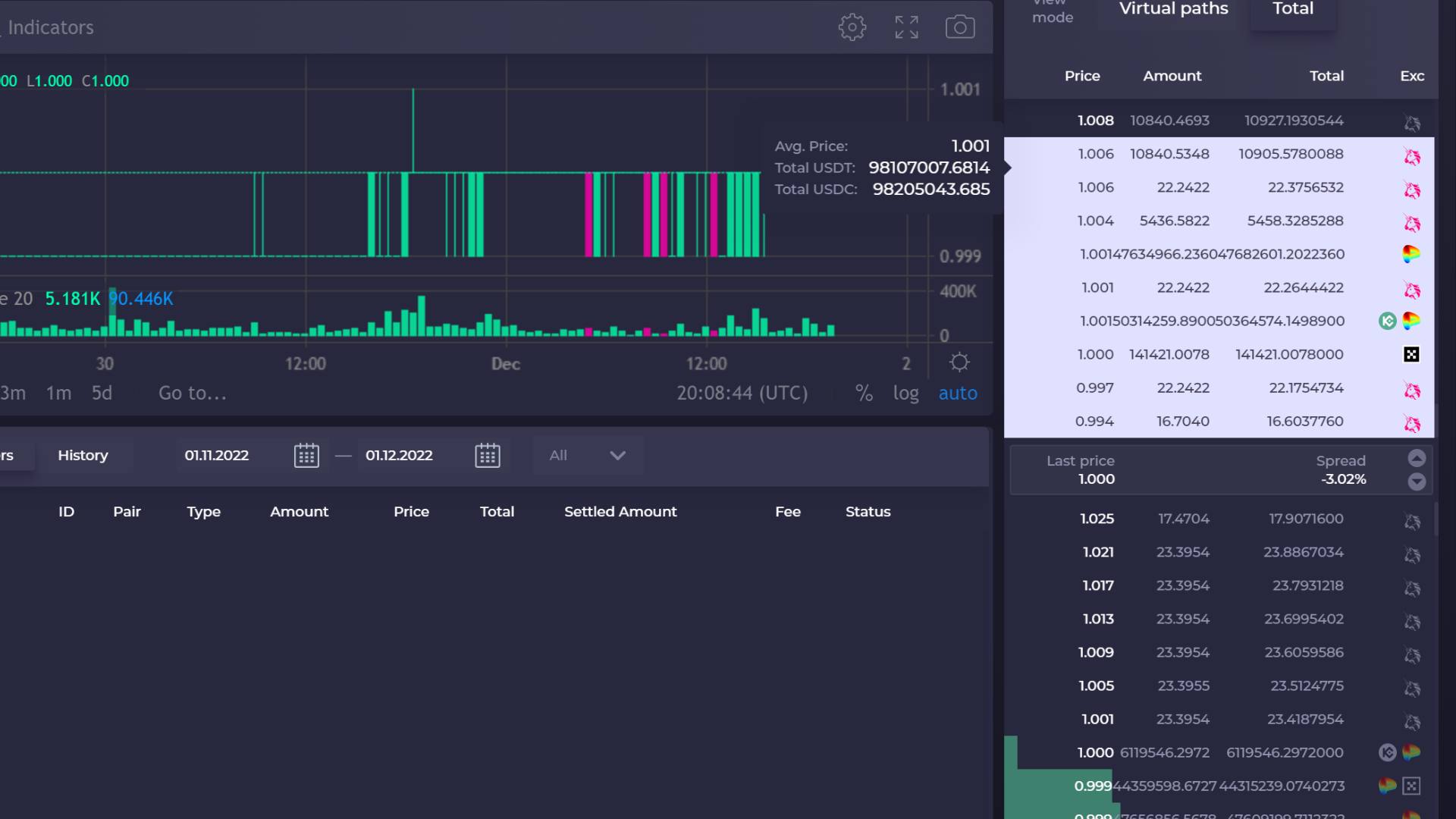 Given the industry’s flawed and fragmented nature with protocols, staking, projects and more, adding Curve pools to Orion continue to combine the top exchanges and pools into one place.

This reduces friction for traders and creates an abundant environment for the decentralized finance trading community and crypto token accessibility while seeking the best price against the digital dollar.

Orion's development team has implemented Ethereum (ETH) and Fantom (FTM) Curve pools with other chains to follow now the initial stage of Curve Finance has been launched. Each pool in the network with Orion adds to value for traders with significant weight behind the order book, adding volume to price points along with the other centralized and decentralized exchange types. 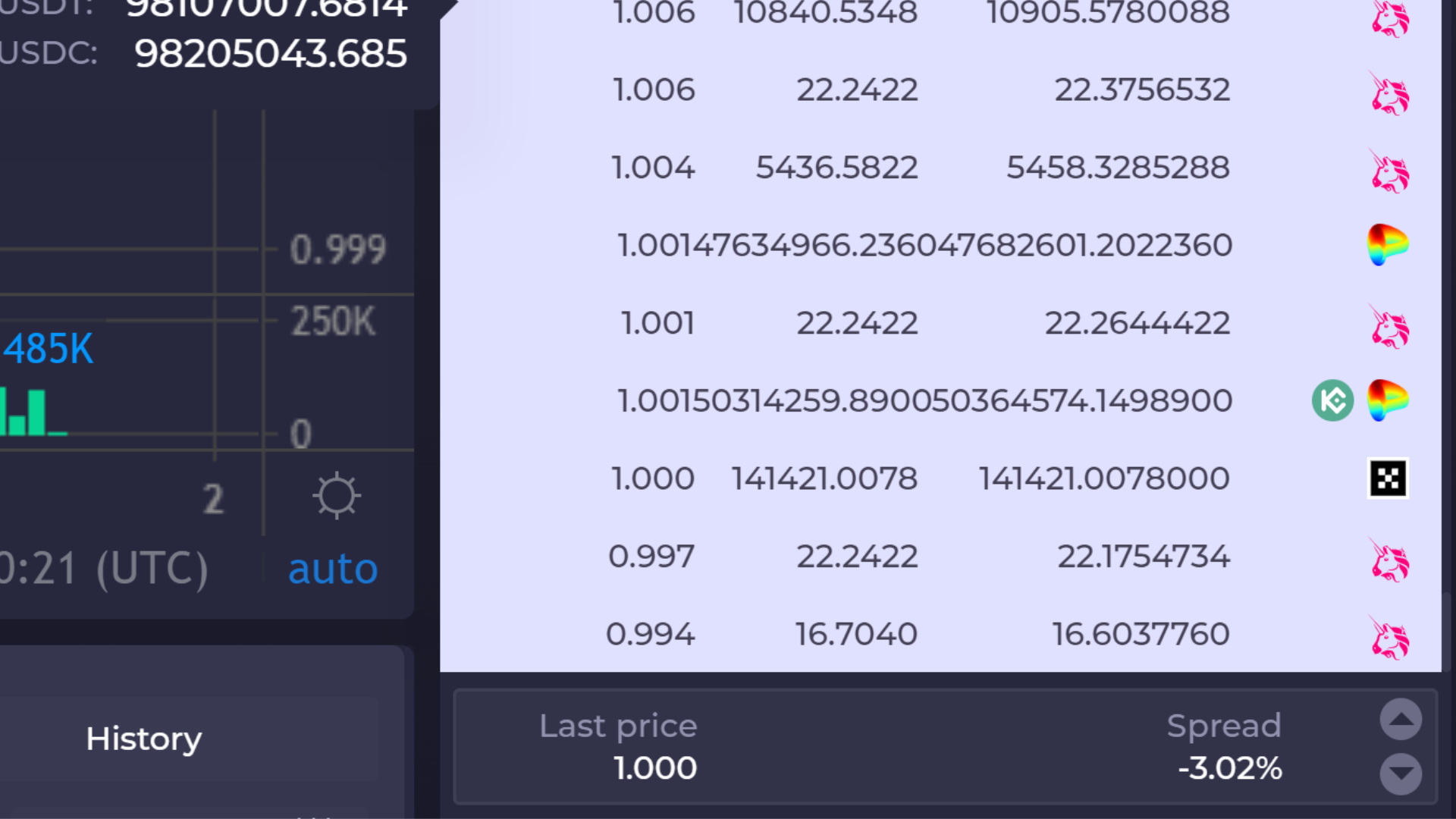 What are Curve pools?

In general, Curve Finance liquidity pools provide users with a way of exchanging ERC-20 tokens with low fees and low slippage. The Curve liquidity pools sit in decentralized smart contracts via the Curve platform (CRV tokens are native to Curve's DAO). Users balance the same amount of tokens to the pools (for example, 1,000 DAI and 1,000 USDC.) Participants gain exposure to all of the assets in the pools along with the risks as well, including impermanent loss. 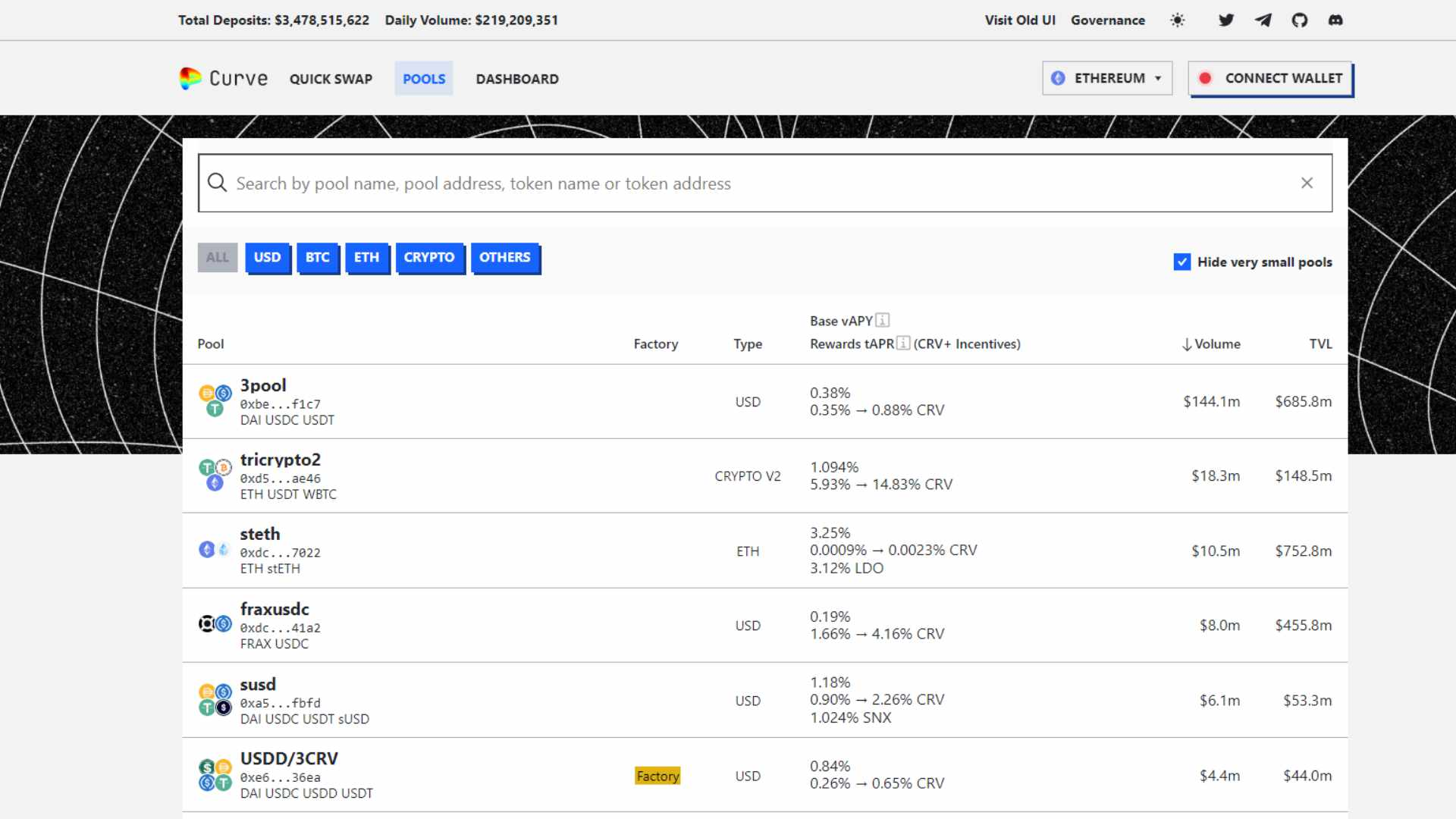 Led by CEO and Founder Michael Egorov, Curve Finance, among other AMMs, is designed for making highly efficient trades with crypto tokens at low risk, thus also making use of governance and rewards through the Curve DAO. Governance is via the CRV token and voting, as investors deposit and risk their money in an educated way via liquidity pools.

Through integration into Orion, the liquidity of Curve's pools is no longer limited by the platform itself; it combines with other top industry sources, creating an exceptionally effective experience for traders.

Orion solves crucial flaws in the fragmented crypto industry by combining sources of liquidity that are fundamentally isolated on their own across a growing number of blockchains. Whereas Curve aims to offer lower slippage, the stark reality remains that without the potential of combining the liquidity from every trade source in crypto, which Orion is built to flourish with, the actual positives of using an automated market maker (AMM) within DeFi are severely limited on their own. 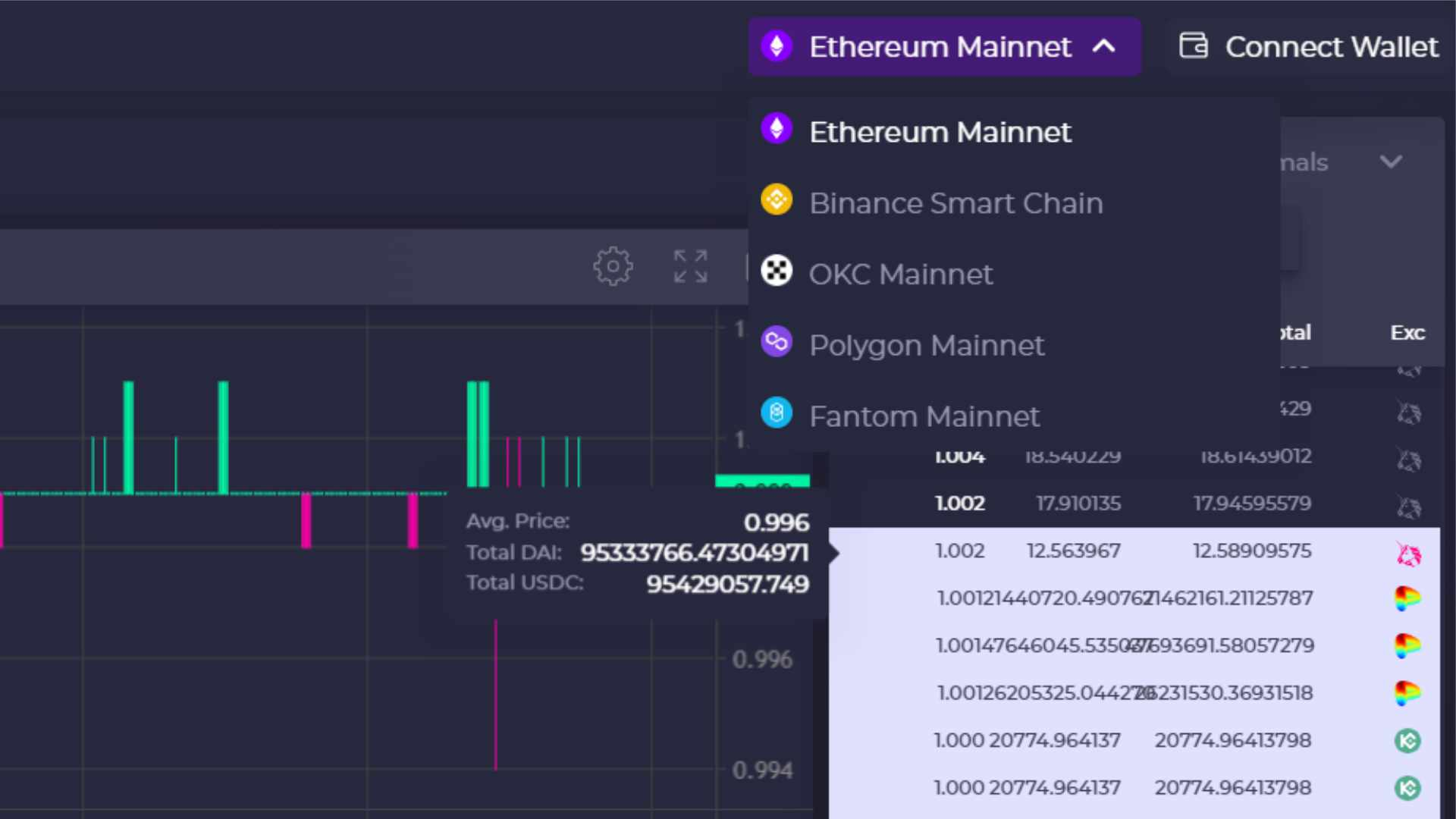 Cryptocurrency exchange on Orion reinvents DeFi, making purposeful use of vast, isolated liquidity on each platform in the overall crypto space. The Curve Finance pools join liquidity from the top CEXs and DEXs into not only one place but one order book - and only on Orion.

Curve Finance and the stablecoins and tokens on the Curve protocol bring considerable depth to Orion's list of assets already featured. 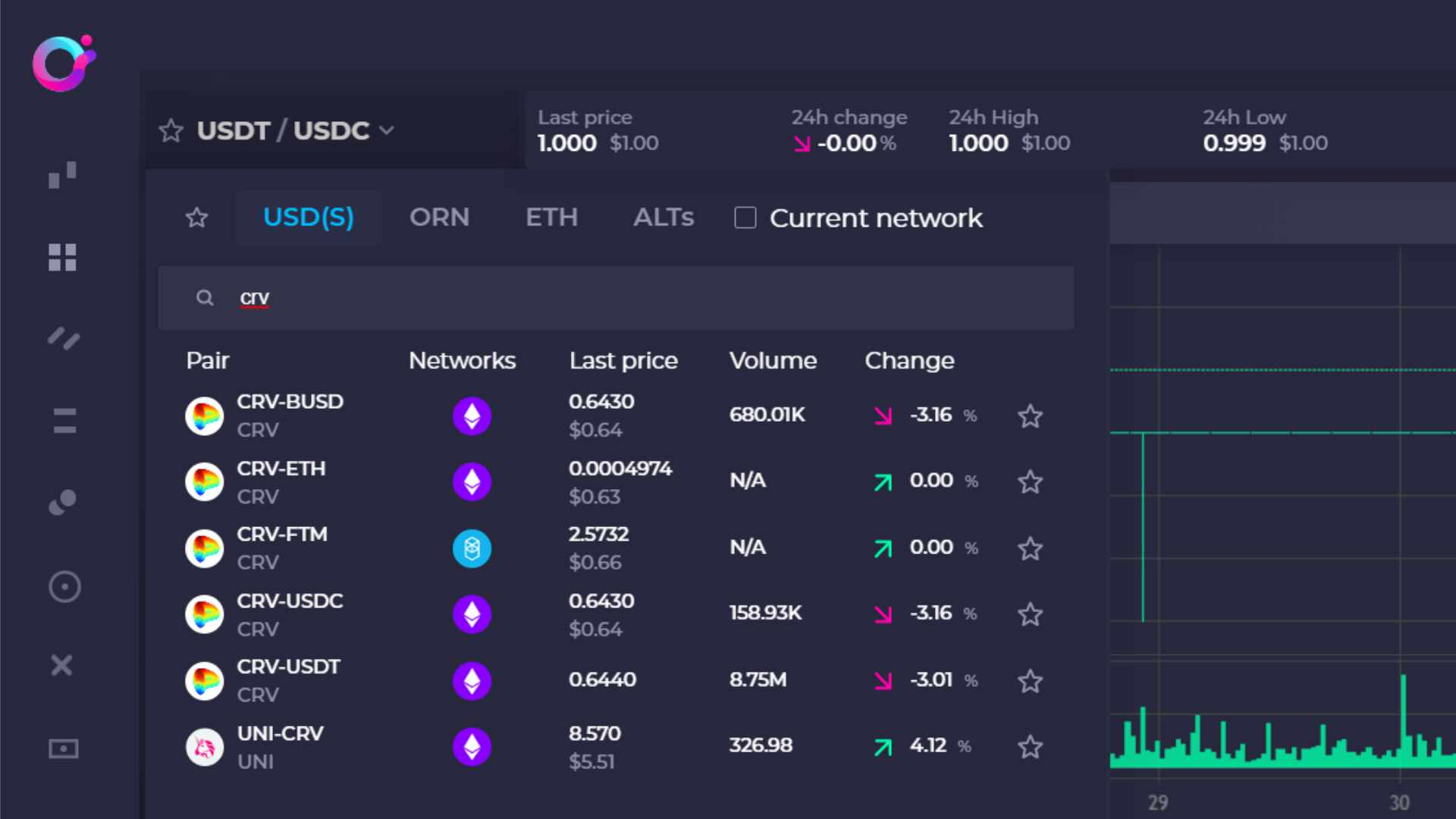 "By adding Curve to Orion's liquidity, traders receive a significant boost to the order book for quality liquidity. This is another example of Orion's scalability and building value for each user with incredible depth of the sources connected and having low fees by combining popular markets." - Alexey Koloskov | CEO & Co-Founder of Orion

To achieve a strong and united Web3 industry that provides stability for projects and offers real utility for customers, it is imperative that companies work together in reinforcing the unique principles of blockchain and the emerging distributed technology movement.

One thing is for sure, Orion's ability to combine each piece of a fragmented industry's liquidity into one place means it drives the space forward and aids in each project's development.

Why Orion Protocol Has No Comparison