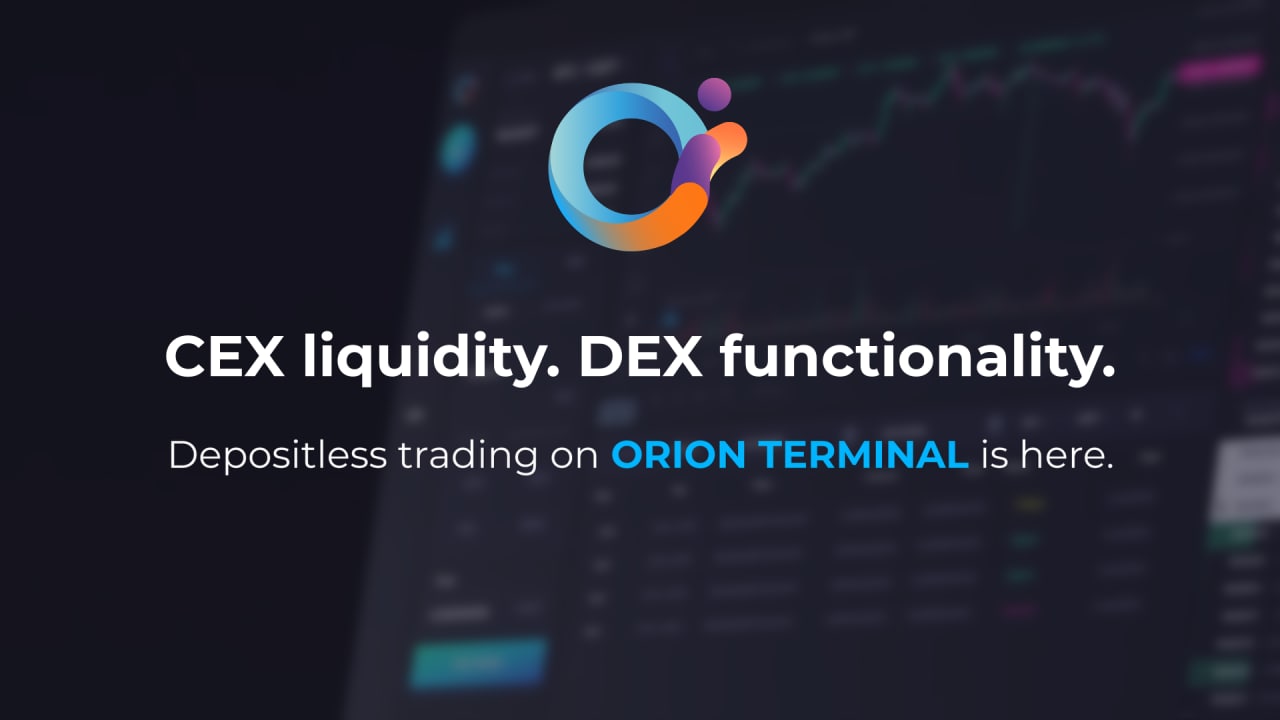 In a significant step towards seamless decentralized trading, ‘Depositless Trading’ has now been enabled on Orion Terminal. To celebrate this release, trade 'depositless' until December 15th to be entered to win a prize pool of $10,000 ORN, exclusive new Orion NFTs, and brand new merch.
Learn more below. TRADE DEPOSITLESS NOW.

Due to the complexity of the Orion Protocol infrastructure, built on a network of decentralized brokers to enable decentralized access to centralized liquidity for the first time, depositing into the trading smart contract was previously required in order to trade on Orion Terminal.

The release of depositless trading enables users to trade across all connected exchanges on Orion Terminal without depositing into the smart contract, and marks a huge step forward for us and our community. The option to deposit into the smart contract still remains ahead of a number of upcoming features that will utilize the trading smart contract and bolster TVL, including Orion Bridge, Orion Lending, and more.

Trade like a CEX, on a DEX: for the first time, trade with the liquidity and features of a centralized exchange (including setting limit orders), but with the depositless functionality of trading across leading swaps - directly from your wallet. Global access to CEX liquidity, no accounts, no KYC, and no smart contract deposits.

This release marks one of several upcoming critical efforts to streamline trading on Orion Terminal, including:

To celebrate this release, trade 'depositless' until December 15th to be entered to win up to $10,000 ORN and exclusive new Orion NFTs + merchandise ahead of our upcoming rebrand.

How it works: Users will be awarded 'lottery tickets' based on their transactional value of trades. These will be entered in to a prize pool from which winners will be selected.

To enter: Simply trade directly from your wallet ahead of the 15th December - that's it! Sign up below to enter and be notified.

Sign up below to enter the Depositless Trading competition.