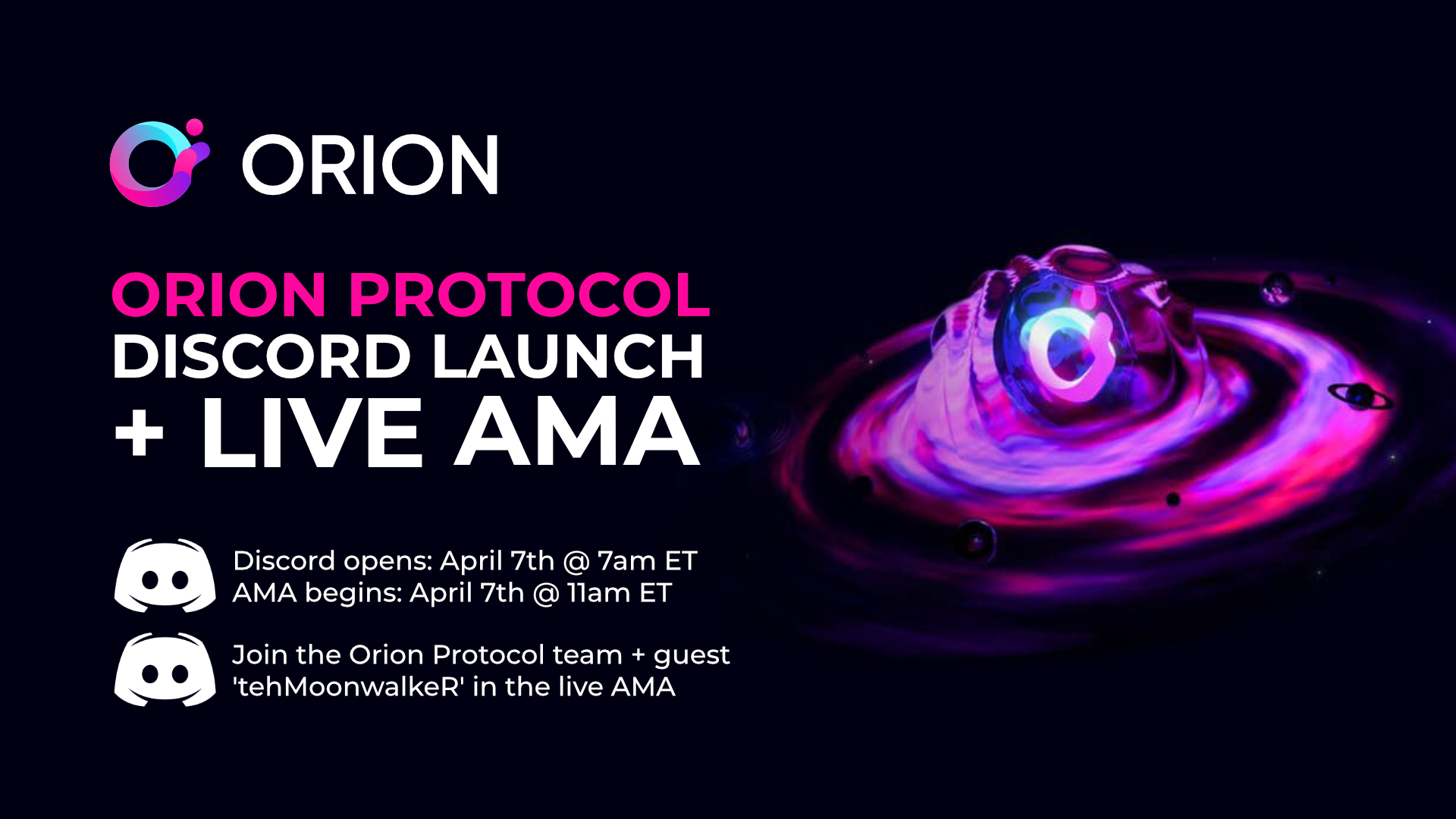 Orion Protocol launches its new official Discord server on Thursday, April 7th at 7am ET (11am UTC) followed by a live voice AMA in the Discord group at 11am ET (3pm UTC). Joining the launch AMA will be Orion Protocol team members Kal Ali, Yanush Ali, Stéphane Doueihi, Andrew Kirk, ‘Kap’, and guest, ‘tehMoonwalkeR’. The team will be answering community questions put forward on the day via the ‘submit-questions’ section within the Discord menu.

The official Orion Discord server adds to Orion’s interactive social presence amongst the community, providing another place for users to converse with other community members and take part in events such as AMAs, meetings, knowledge building activities and to gain further understanding of the project itself.

With significant internal restructuring and new hires taking place for Orion Protocol, ensuring scalability and growth of all surrounding elements of the project is in effect as well. The Discord server gives the Orion community an additional voice, with numerous facets for people to interact with, including:

The launch of the Orion Protocol Discord server is a perfect opportunity to connect with the community straight away and lay foundations for the increased level of interaction that many members have been asking for - the team is happy to fulfill those requests.

Join the Orion Protocol Discord server now and verify in time for the official launch on Thursday, April 7th at 7am ET, with the AMA being held four hours later at 11am ET. All channels with be 'read-only' upon joining until the channel goes live.

Orion Protocol Is Now Providing Real-Time Price Data From Across the Crypto Market to Chainlink...

Discord AMA recap: April 7th 2022Orion held its first Discord AMA on the day of launching the new ...
Get in Touch