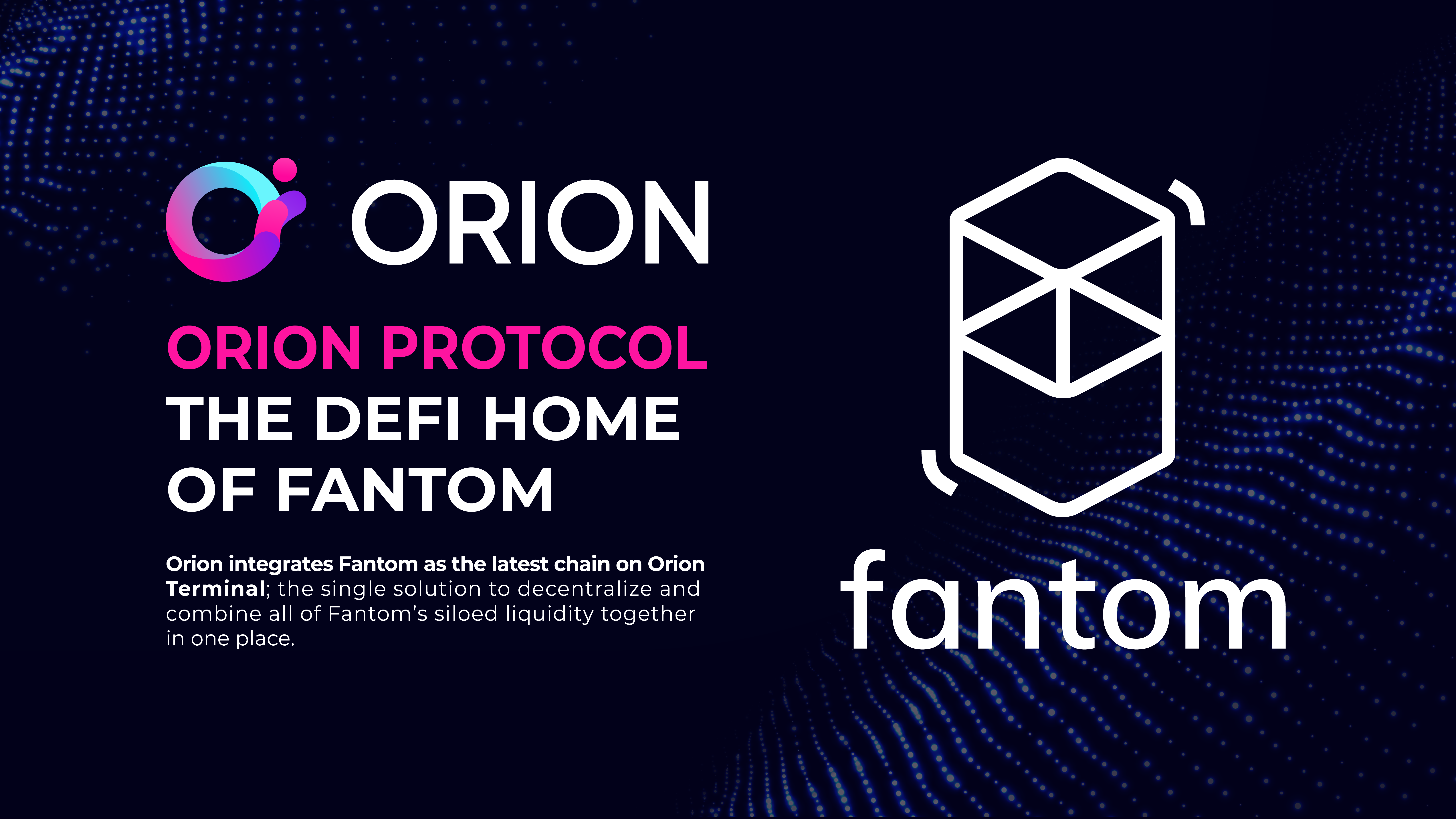 Since Orion Terminal launched its public Main Net on March 31st 2021, Ethereum and BSC chains have been part of its chain-agnostic approach. Fantom is the first new addition in a long line of other chains to be added, all of which will make Orion Terminal the ultimate platform for trading aggregated crypto assets in one place without any restrictions whatsoever.

The Fantom blockchain is now integrated into Orion Terminal, giving Terminal users and FTM holders unprecedented access from their own wallets to the unparalleled speed, security and reliability of Fantom across aggregated liquidity sources such as SpookySwap, the all-in-one decentralized exchange on Fantom. More Fantom DEXs and liquidity sources will also be added over time. 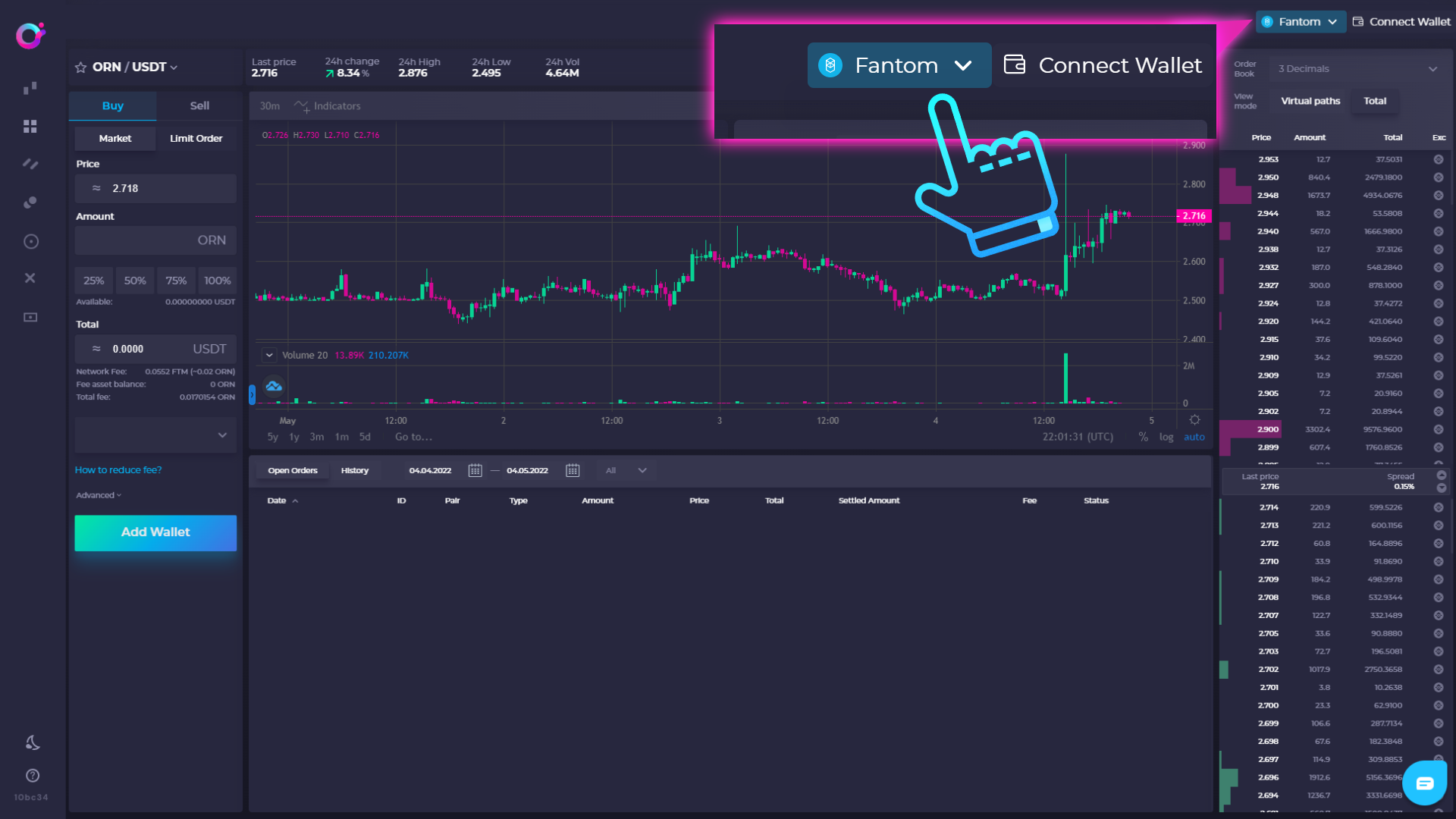 “We’re thrilled that the Orion Protocol has integrated Fantom. Over 50 centralized and decentralized exchanges list Fantom tokens, including some of the most popular exchanges in all of crypto like SpookySwap. The Orion integration connects many of these different and, in some cases, siloed pools of liquidity in a non-custodial framework that removes friction for users.” - Michael Kong, Fantom CEO

“Adding Fantom to Orion Terminal highlights our intentions of adding the very best blockchains to create an exceptional depth of liquidity and speed on Orion Terminal, making it the true gateway to the digital asset market. We are proud to make Orion Protocol the DeFi home of Fantom.” - Alexey Koloskov, Orion Protocol CEO

Fantom is a blockchain delivering high-speed consensus (Lachesis) and enables digital assets to operate at incredible speed and security compared to other chains. Improvements to the blockchain industry by Fantom aren’t just down to high-speed performance capabilities alone. In addition, modular architecture provides full customization of blockchains for digital assets with varying characteristics.

Implementing Fantom into Orion Terminal instantly gives users its exceptionally high-throughput and fast finality, combined with ultra-low fees. Money transfers on Fantom take around one second and cost less than $0.01 on average; an exciting and practical solution for future growth and scalability on Orion.

FTM is the token used for network fees on Fantom. The inclusion of the Fantom blockchain within Orion enables users to transact native FTM tokens along with other projects’ tokens at almost instant speed and with top security. Fantom uses a leaderless Proof-of-Stake protocol to secure its network. The impressive Fantom fWallet is used for sending, receiving, and staking FTM tokens. It is available across Windows, Mac, Linux, IOS and Android for user flexibility.

The DeFi home of Fantom

Several decentralized exchanges already use Fantom, with the new centralized exchange “Felix” coming soon. Orion’s natural process of aggregating multiple liquidity sources into one place makes Orion Terminal the single solution to decentralize and combine all of Fantom’s siloed liquidity together - essentially making it the home of DeFi on Fantom.

For Fantom users, significant opportunities arise from Fantom being included in Orion Terminal, as it gives people a wealth of access to aggregated decentralized liquidity. Users not only access Fantom, along with Ethereum and BSC, on  the same platform, they also have access to Orion Bridge, the most secure bridge in market. Orion Bridge is the first peer-to-peer atomic swap bridge that allows users to trade native assets across different blockchains without limits, delays, refused orders, blocked funds, or exploits. Accessibility also flows through Orion Swap Widget, giving users the convenience of accessing Orion's liquidity, now including the Fantom chain, from any website. 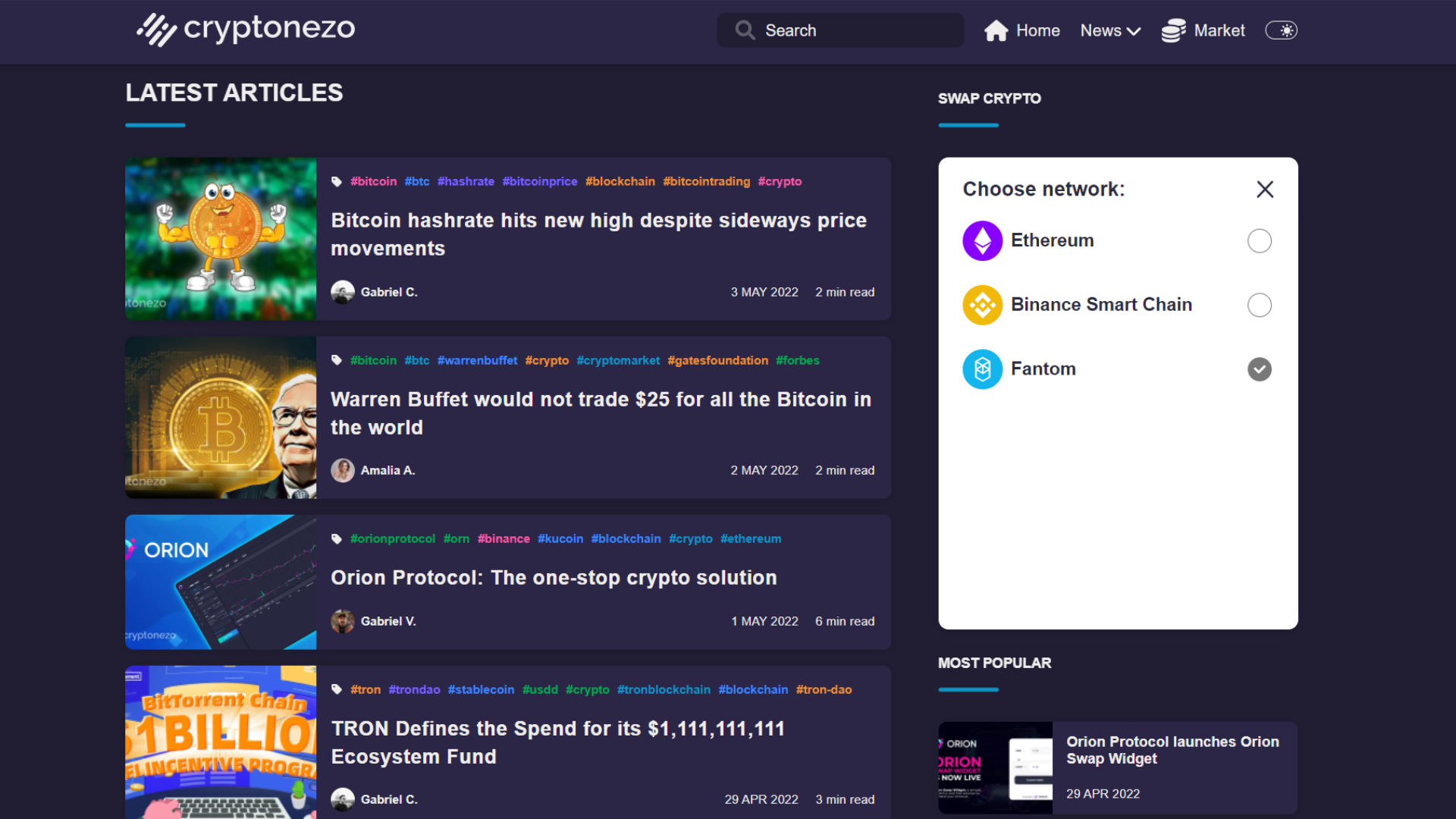 Orion has minted 500k ORN tokens on the Fantom chain. The FTMScan information can be viewed here.

“OpenOrion” continues to enable any individual or project to list an asset on Orion Terminal. This opens up opportunities for the Fantom community when adding their own preferred tokens, creating a vast and growing selection of Fantom-based assets on Orion Terminal. We will be adding this functionality for anyone to add their favorite FTM tokens. Please follow our Orion Protocol news channels to find out when this is implemented.

Developing DeFi on Orion with Fantom

Developing DeFi on Orion with FantomFantom recently integrated into Orion Protocol, the world’s...

Orion Protocol: Polygon in one place

Polygon Deep Dive: a scalable Ethereum solution on Orion
Get in Touch