Developing DeFi on Orion with Fantom

Fantom recently integrated into Orion Protocol, the world’s most advanced liquidity aggregator which combines centralized exchanges, decentralized exchanges, and swap pools. Users can now trade with the speed and low fees of the Fantom chain on Orion, providing a gateway to Fantom liquidity in one place and always via a user’s own wallet.

Behind the highly impressive blockchain technology of Fantom lies a team of developers, dedicated to ensuring Fantom evolves and thrives on a global scale. Having a bold and ambitious outlook to crypto in the blockchain industry aligns perfectly with Orion Protocol’s already expanding DeFi powerhouse.

Orion takes a closer look at some of the key areas of Fantom and what makes it such a high performance piece of technology. In doing so, the best source of information to uncover this detail is via speaking to the Fantom devs themselves.

Open environment
Development on Fantom means anyone can participate in running a node, thereby creating an unlimited network which helps to secure the ecosystem. Having EVM compatibility adds flexibility for participation within the network, reducing limitations and allowing projects to easily adapt to the faster technology. 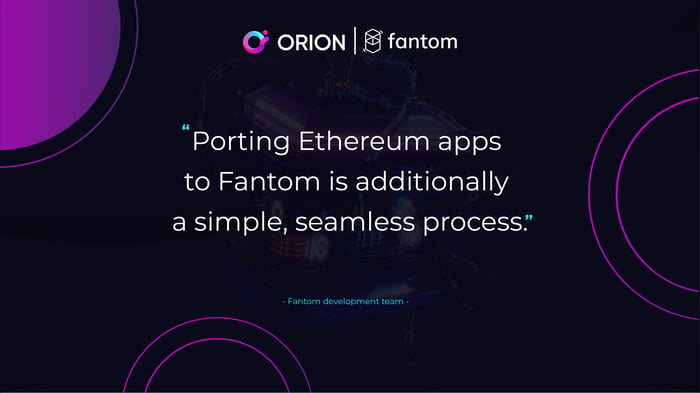 “Fantom’s EVM compatibility means that developers accustomed to working on Ethereum-based protocols can use the same tools and resources to build on the Fantom network.

Porting Ethereum apps to Fantom is additionally a simple, seamless process. Fantom is open-source, making it transparent, and the network’s high performance and low-fees free projects from the limitations that expensive, slow, and complicated technology infrastructures can place on the ambitions of innovative builders.” - Fantom development team

Orion Protocol users ultimately benefit by having access to this progressive ecosystem of rapidly growing projects. Tokenized assets then follow, many of which become available to trade in a decentralized manner on Orion Terminal.

Solving scalability
Fantom stands at the forefront of blockchain technology, providing a genuine solution to scaling issues in the industry through its aBFT consensus algorithm. 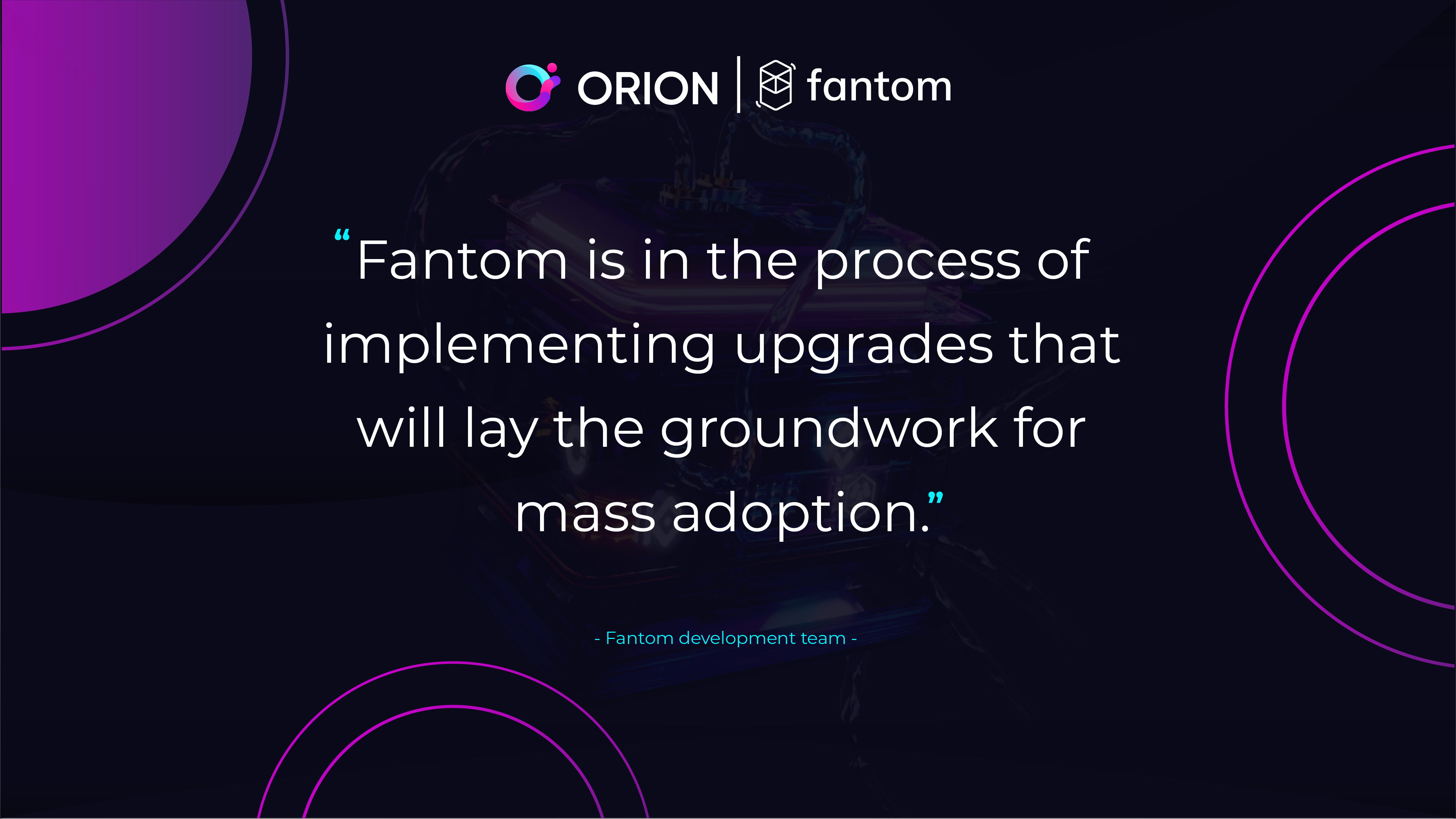 “Fantom is in the process of implementing upgrades that will lay the groundwork for mass adoption. We have just applied SnapSync, an upgrade that enables a node to onboard within minutes. We are now focusing on new models for data storage that will radically improve smart-contract execution efficiency.” - Fantom development team

Scalability for Fantom also means scalability for Orion Protocol, as increased usage demands fast transaction speeds and solid reliability, both of which are cornerstones of Fantom’s technology.

Performance
The speed of Fantom is one of its outstanding characteristics, ensuring transactions are handled in an almost instantaneous manner. It is this access to rapid settlement which pushes Fantom way beyond the capability of many other chains. 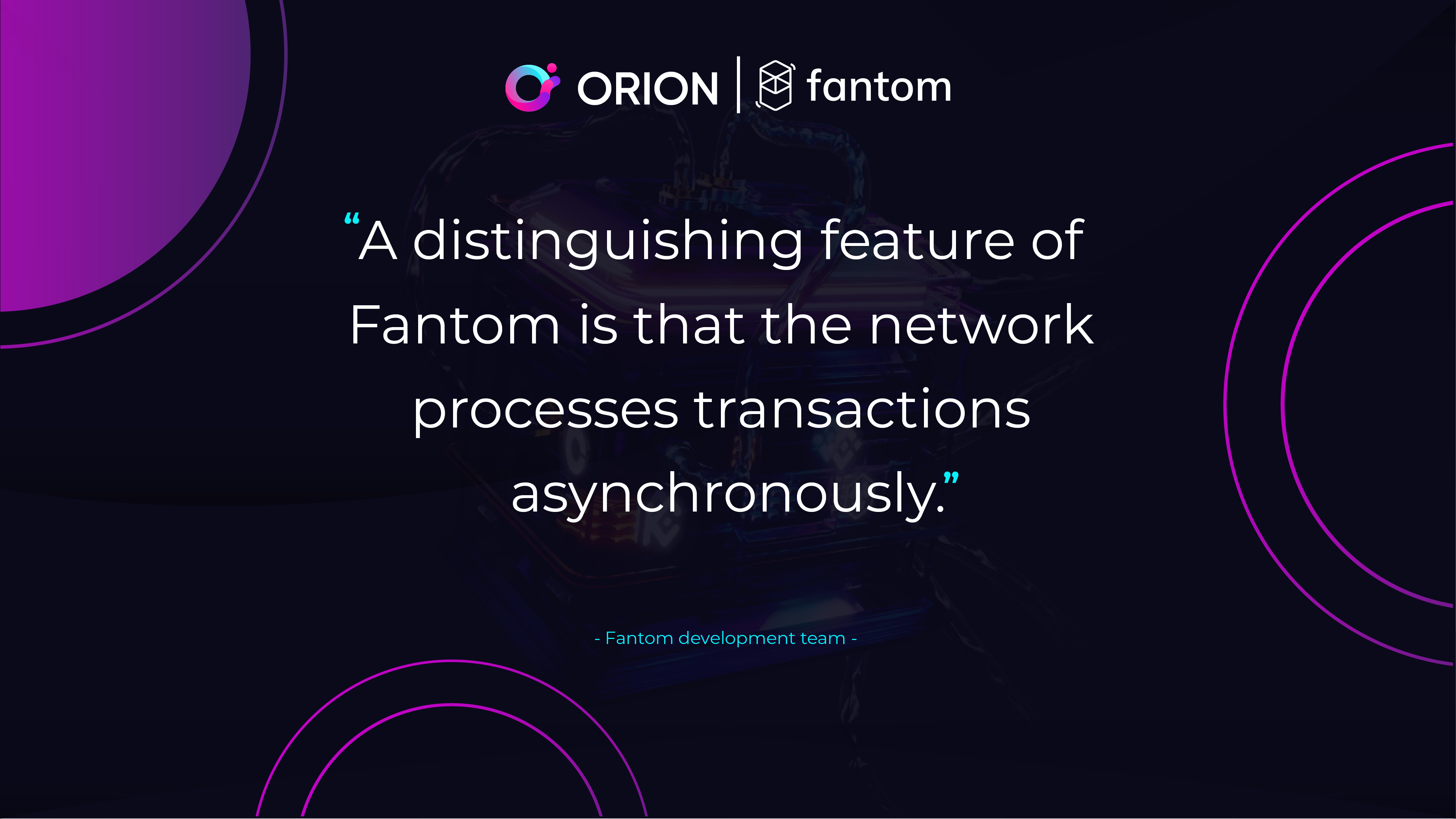 With Orion Protocol being a decentralized liquidity aggregator, aggregating multiple sources of liquidity, it is imperative that any underlying chain on Orion Terminal is more than capable of delivering exceptional high-performance. Blockchains must be capable of handling the vast amount of potential transactions Orion produces through Terminal trades and connected B2B solutions, and quickly. Fantom’s almost immediate processing of blockchain transactions serves this integral requirement.

DeFi
A major barrier to DeFi with Ethereum can be the heavily inflated gas costs and slower finalizations due to a much heavier strain on the network. Fantom’s low gas requirements and aforementioned speeds make it a perfect vessel for DeFi. 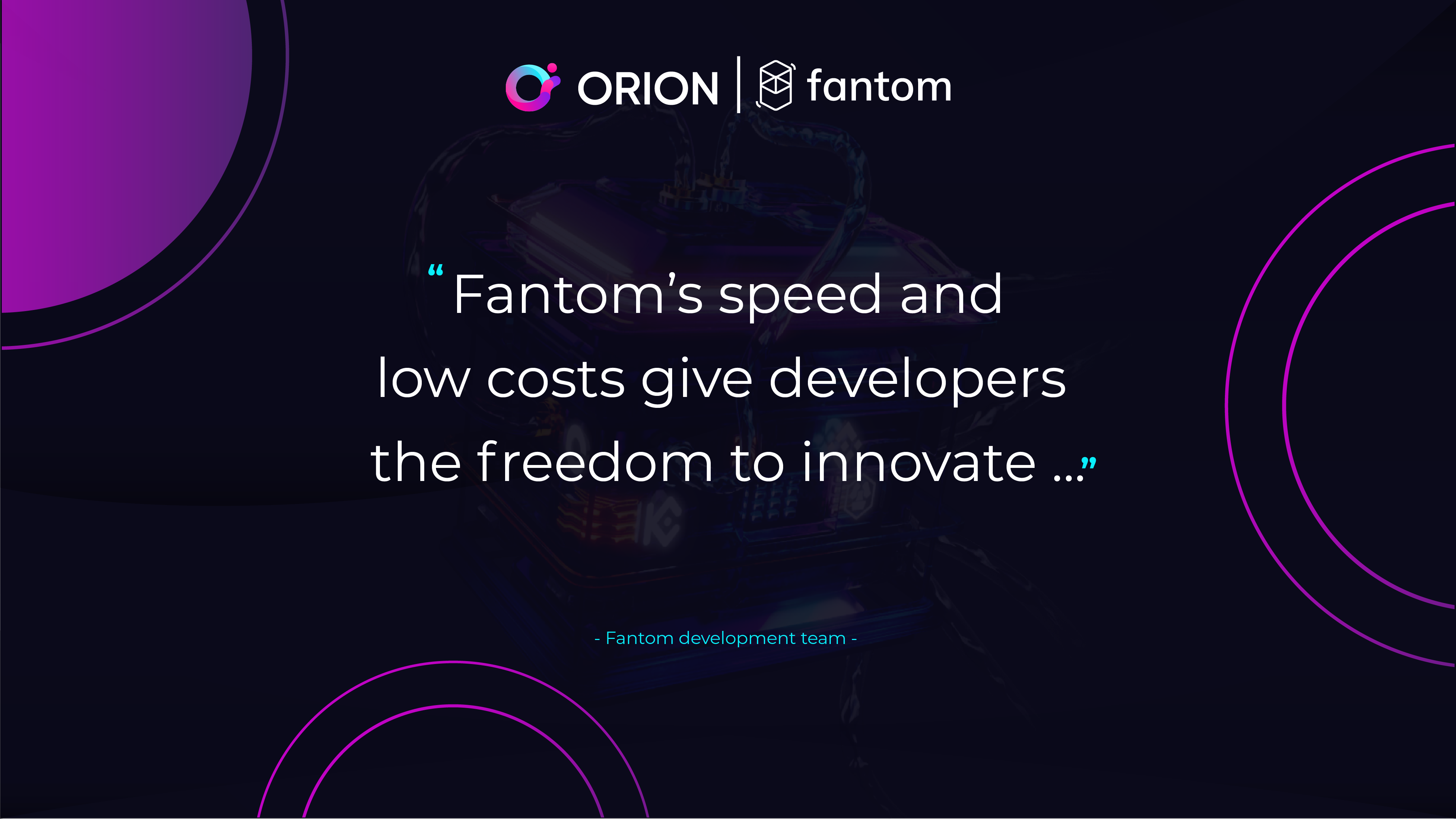 “Fantom DeFi has attracted the brightest minds in the space. This is reflected in network TVL, which as of May 1, was $3.85B. This reflects 10,817% year-over-year growth. Fantom’s speed and low costs give developers the freedom to innovate financial products that rely on high-speed, volume transactions for compounding yield, optimizing routes for token swapping, etc.” - Fantom development team

Orion’s integration of Fantom enables it to become its DeFi home. Fantom possesses around 50+ plus DEXs which use the chain. Whereas that shows a heavy desire to build DeFi solutions, these DEXs are fragmented, providing needlessly siloed liquidity which is finely spread across multiple sources. Orion is the fulcrum which unites this sparse liquidity into one place and one aggregated order book, no matter if it's centralized or decentralized liquidity connected.

Integration with Orion Terminal
Fantom is the latest chain integrated into Orion Terminal, connecting a rapidly growing and highly active ecosystem for users to participate in when trading assets on Fantom.

Fantom creates an integral foundation for Orion to reach exceptional standards when providing a decentralized trading experience for users. Fast speeds, low transaction costs and secure, reliable performance makes Orion the perfect place to encompass all of Fantom’s liquidity into one platform. Orion users also have the advantage of the seamless Orion Bridge, the most secure bridge in market, supplying swift transitioning between each connected chain via Orion’s exceptional decentralized brokerage.

Fantom Deep Dive: high-performance blockchain on OrionWhat is Fantom?Fantom is a leaderless,...
Get in Touch