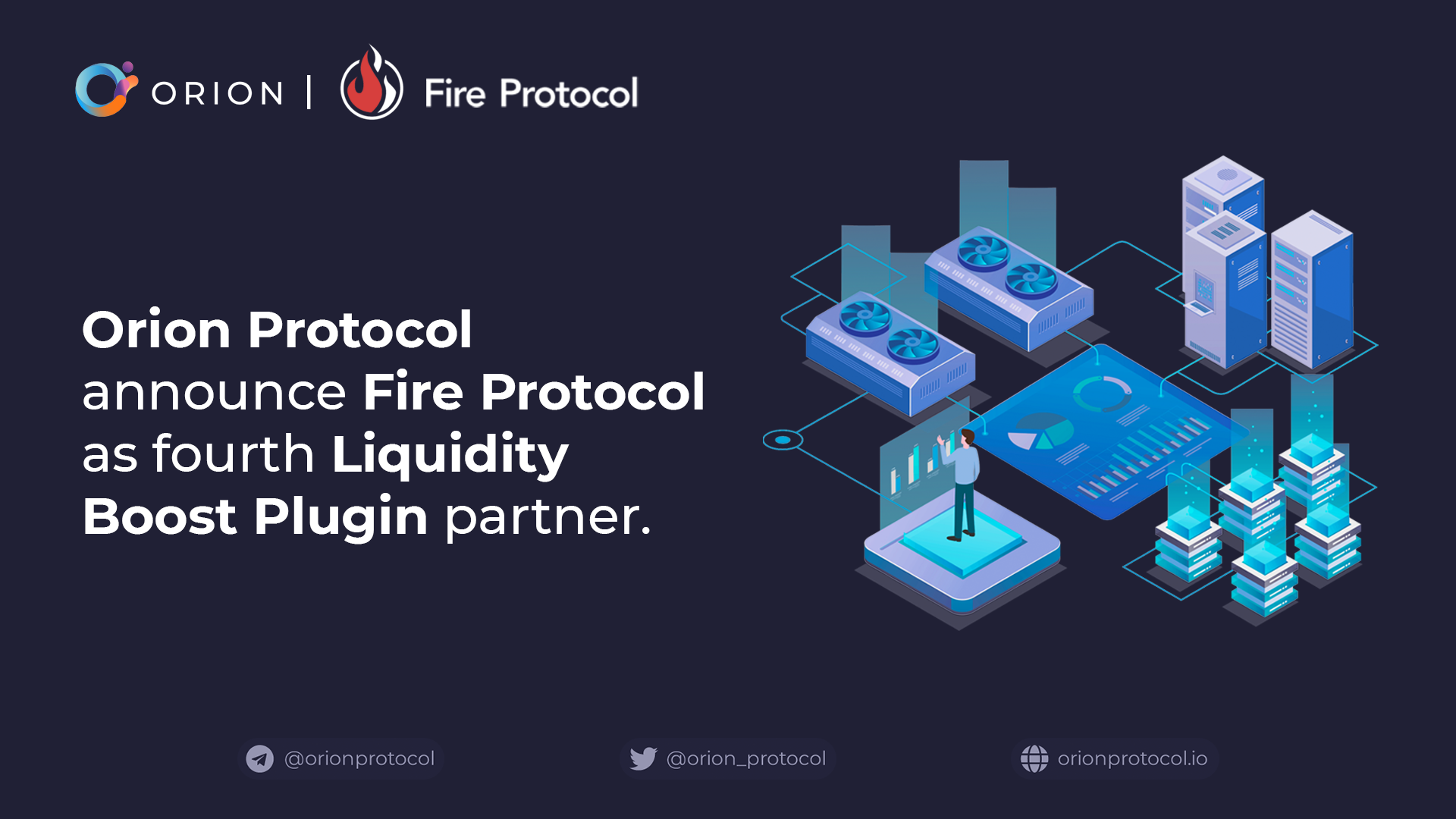 Orion Protocol announces Fire Protocol as the fourth partner to use Orion Liquidity Boost Plugin, enriching FireSwap with bottomless cross-exchange liquidity for reduced slippage and optimum pricing on the platform. This follows partnerships with Polkastarter, MobiePay, and PlasmaPay.

Built on the most advanced liquidity aggregator ever developed, Orion Protocol will aggregate the liquidity of every crypto exchange into one decentralized platform: providing a decentralized gateway to the entire market with almost zero spread and zero slippage. Its enterprise solutions for crypto projects, blockchains, and exchanges built on the protocol include Orion Liquidity Boost Plugin: bringing endless liquidity to exchanges immediately, from every CEX, DEX, and swap pool in the market.

Upon the launch of Orion’s Liquidity Boost Plugin in Q4 this year, Orion will enrich FireSwap with bottomless cross-exchange liquidity, drastically reducing spread and slippage on the platform while enabling the best price in the market for its traders. Orion Protocol will add liquidity into multiple Fire Protocol solutions, including FireSwap DEX and Fire Protocol Loan platform, aiding the liquidity performance of H-assets. Meanwhile, Orion Protocol will be expanding its use cases to the HECO ecosystem.

Danny Christ, CEO of Fire Protocol: “Orion Protocol has been a fundamental part in making DEFI and DEX trading more accessible to everyone via their Orion Terminal. FireSwap - Fire Protocol's decentralized exchange - is looking forward to leveraging Orion Protocol’s expertise and liquidity aggregation to enable best experience for Fireswap users and LPs.”

Alexey Kolsokov, CEO of Orion Protocol: “We’re extremely pleased to announce Fire Protocol will be utilizing our Liquidity Boost Plugin to enrich their DEX with bottomless liquidity. We’re focused on creating a sustainable future of DeFi, and that means supporting the industry as a whole. We're glad to play a part in facilitating FireSwap’s growth.”

Built on the most advanced liquidity aggregator ever developed, Orion Protocol aggregates the liquidity of every single crypto exchange into one platform: providing a decentralized gateway to the entire crypto market. By aggregating the market into one place, they’re building a protocol on which to bridge the worlds of crypto, traditional finance, and real world assets.