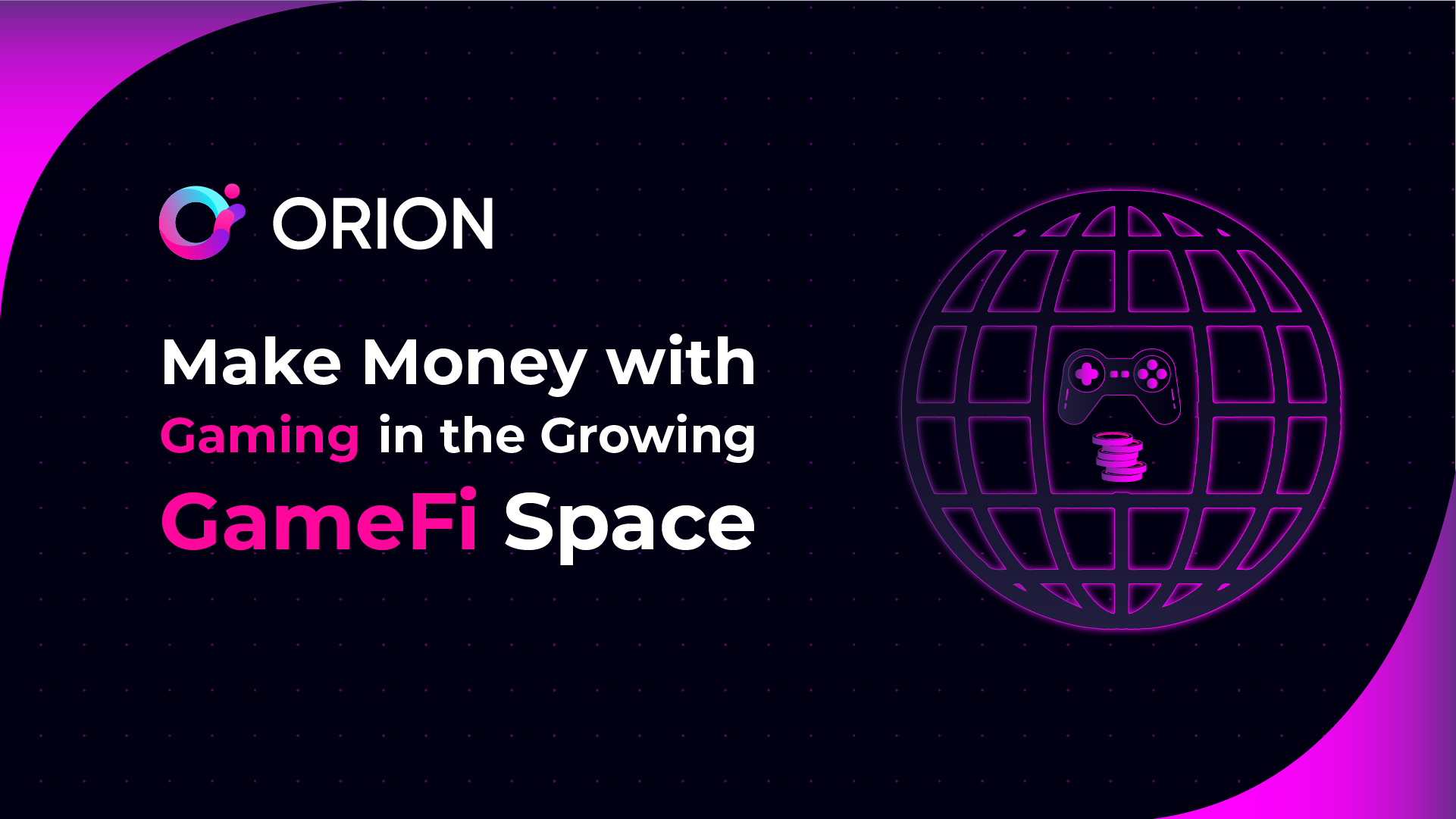 Make Money with Gaming in the Growing GameFi Space

Do you like playing video games? It was common for people to joke and dream about the idea of making money playing video games. However, with the rapid pace of growth in the global video game industry, playing games to earn an income is approaching reality.

Technological innovation in crypto is accelerating the ability of video game developers to build businesses that can reward players for their playing time and gaming skills. In the crypto space, this burgeoning industry is known as GameFi.

We are going to take a look at the gaming industry as it was and as it is today. What changes is blockchain bringing to the video game industry, and can you earn money as a gamer? We are going to explore these questions and talk about how Orion can help you on your GameFi journey.

Orion Protocol's mission aligns with the changes the gaming industry is going through. The nature of video games is that of siloed virtual worlds that can now be interconnected, thanks to blockchain technology. Orion's mission is to bridge the liquidity fragmented across siloed centralized and decentralized exchanges in the crypto space. As Orion accomplishes its mission, it can serve as the one-stop shop to also trade across virtual worlds.

The term "GameFi" is a portmanteau of the words game and finance. It refers to a blockchain-enabled model of games known as play-to-earn (P2E) video games. These are games that can offer economic incentives to players in the form of digital assets.

There has been a recent explosion in the number of different P2E models that offer to make you money playing video games. If you like to play video games, you may want to keep an eye on this industry.

How does GameFi work?

Things start to get a bit tricky when you try to understand how a video game developer can offer you to make money playing their game. Especially at this early stage, there are risks everywhere.

There are many factors at play here. Probably the most important factor is the video game company behind a project. The success and long-term sustainability of any particular game will depend largely on the reputation of the team who designed it.

The other important factor also lies in the hands of video game companies: the economic model of the game. This is referred to as the in-game economy of the video game.

This is where crypto really starts to change the way video games can work.

The first important point is that usually, each GameFi game will have its own coin or token. Typically, this is the digital asset that will be used as currency within the game. Like in any economy, the health of the currency acts as an indicator of the health of the economy. 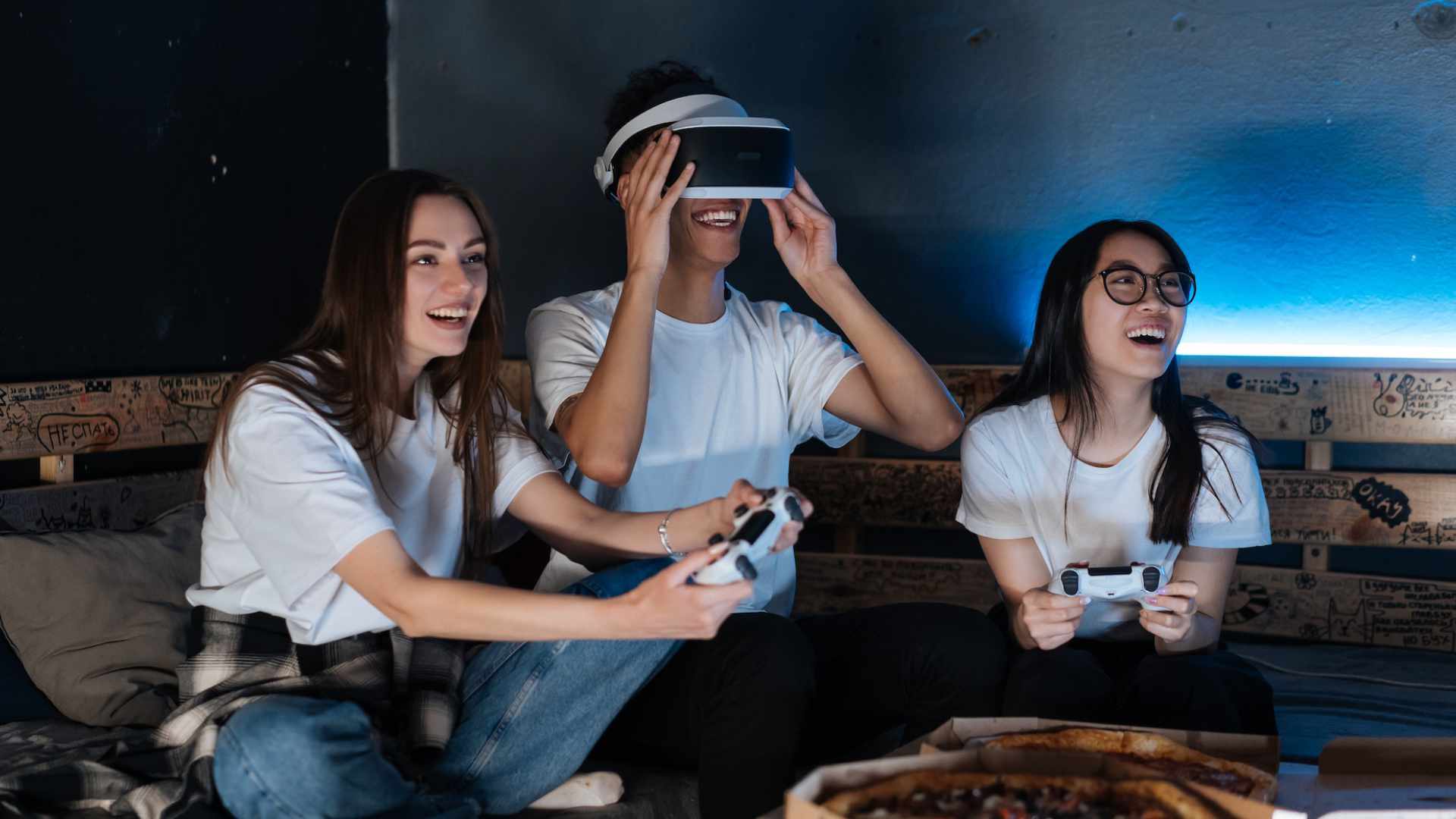 There are two basic drivers that affect the health of a currency: supply and demand. In the case of video games, demand derives from how much people are playing the game because the in-game currency is typically necessary in order to participate. The supply of a game's native digital asset is solely at the discretion of those who designed the game.

This is why the team behind a project is so important. If they don't build an enjoyable game on a well-design economic structure, then there are bound to be price dynamics that impact gameplay and the long-term viability of the game. Blockchain game designers are still sorting out the details, so be careful.

Axie Infinity is the standout example thus far in GameFi. They saw roaring success and benefitted millions of people in the Philippines. However, over time, this game has become increasingly inaccessible.

The price for "Axies", the game's in-game NFTs, and the price of Smooth Love Potion (SLP), the in-game currency, has been astronomical at times. Complicated derivative ownership structures have therefore developed to attract new players. If you want to make money playing games, then Axie Infinity is not very attractive anymore.

Like in Axie Infinity, another common theme in P2E games is the use of NFTs. For these games, it will typically require that you own a respective NFT in order to participate. These NFTs are often represented as your avatar in the game.

One day, you may be using your NFT avatar to participate in video game tournaments in the coming metaverse! 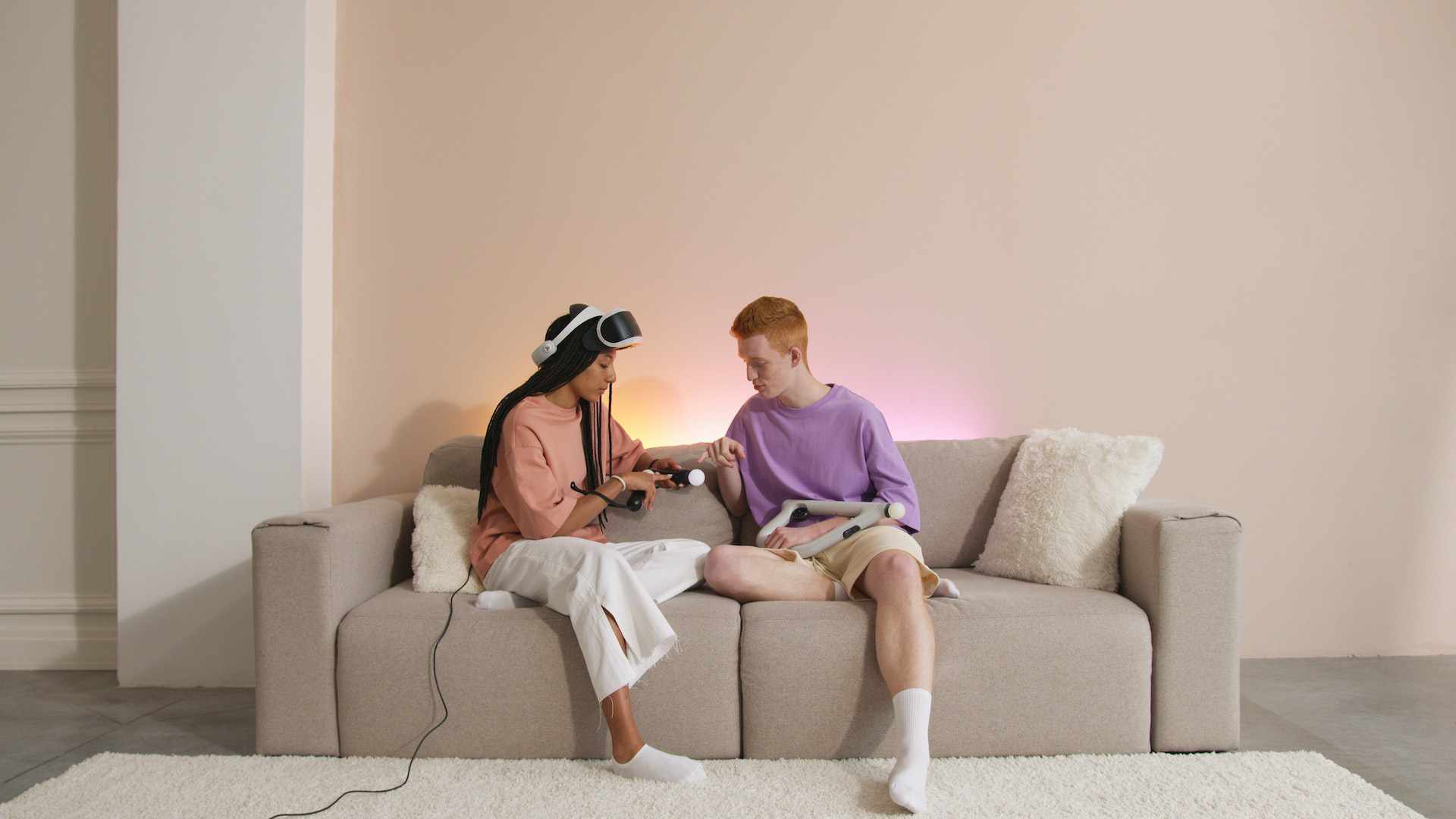 If you play games under the traditional model, then you'll know that you can never take your collectibles out of the game. Gold that you earn and collect while playing World of Warcraft (WoW), for example, can never be exchanged for anything outside of the WoW virtual world, let alone real money. Even worse, if a game goes under, then your collections disappear with it.

This is not the case with GameFi. You can play and earn as much as you like in one game, then remove your assets and trade them for assets in another game. You can also choose to cash out your earnings for real money!

Not reserved for professionals anymore

Under the traditional model of video game design companies, players can make a living through tournaments organized as live professional gaming events for audiences to watch. However, other methods have emerged to make money playing video games.

Even with traditional models, unskilled players are able to monetize their gameplay by producing video game content in the form of gameplay tutorials on their YouTube channel, for example. Another idea would be to create video game tutorials for the increasingly popular mobile games space.

Gone are the days when only professional gamers can earn money to play games.

Most video game journalists will cite the remarkable growth of gaming. In fact, the market for games has now exceeded film and music combined. It also doesn't appear to be slowing down anytime soon. This seems logical, given that the coming metaverse will also host a playground for video game developers.

The gaming world is headed on a steep growth trajectory even without the advent of GameFi. There is no predicting how our experience of video games will change as the blockchain becomes seamlessly integrated. The industry itself looks primed to adopt digital assets, which will likely boost it further.

The aggregation of liquidity across crypto exchanges and the assimilation of virtual worlds are on a similar path. Blockchain technology has given us the ability to create a new digital economy, but the responsibility still lies on us to build the tools to get there.

There is no other project delivering the tools to unify the crypto space like Orion is. If you want to stay on top of the latest decentralized trading technologies, amplifying your ability to make the most of GameFi, then Orion Protocol is for you.

If you are building your own GameFi applications, then consider integrating swaps via Orion directly into your website with the Orion Swap Widget. Your gamers then have direct access to the token that fuels your ecosystem, along with the deep aggregated liquidity from the elite CEXs and DEXs in one place using their own wallet.