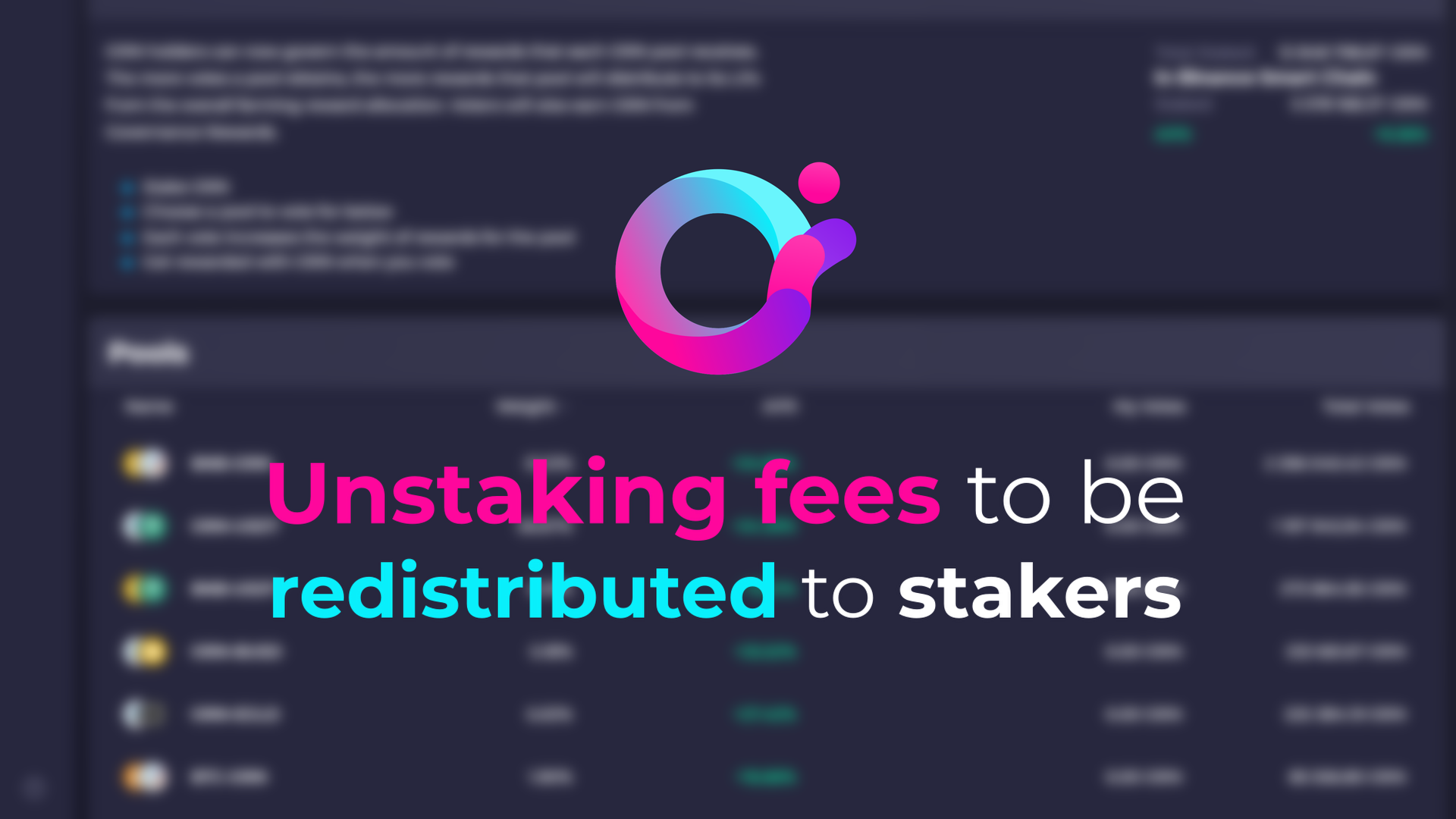 Unstaking Fees to be Redistributed to Stakers

In an effort to reward long-term supporters, staking lockups will commence from January 30th, with all unstaking fees being redistributed to stakers.

From January 30th, Governance Stakers will now enter into a staking lockup, whereby they will have two options if they choose to unstake:


Users will be prompted with the following screen in order to unstake and withdraw. A pending withdrawal amount of ORN may also be displayed which allows users to unstake by pressing the withdraw button.


The Vault is a temporary storage of tokens after a user has unstaked before the locking period ends.

Clicking the "Withdraw" button will also display the wait time remaining for the unstaking. 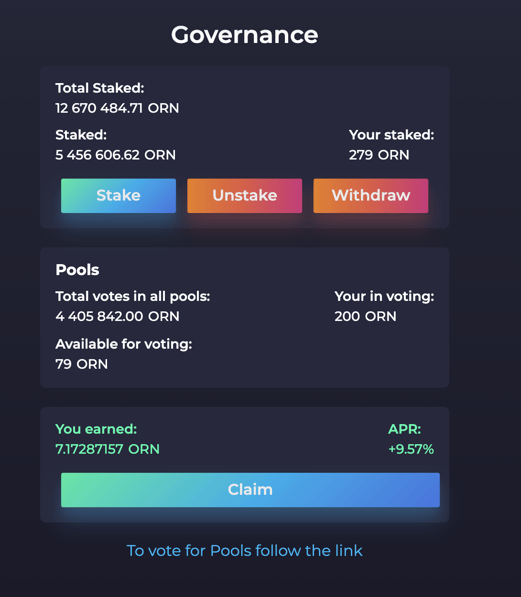 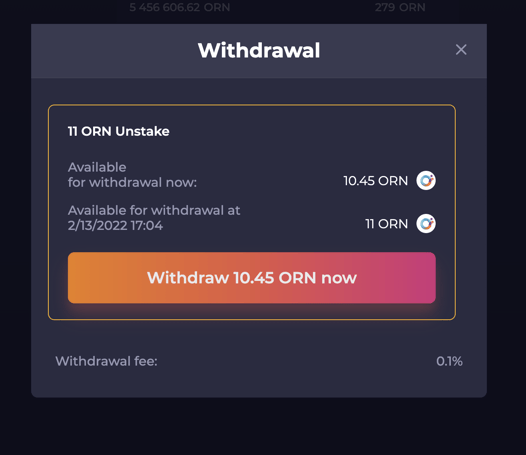 As the market increasingly moves towards the veNomics model of incentivizing and rewarding long-term staking, we will be launching a progressive staking scheme - incentivizing long term staking with higher APRs. To be eligible to receive the unstake fees, Governance Stakers will be required to lock their funds within the staking scheme. More details will be provided soon.

Governance Stakers will also receive a higher allocation ratio for upcoming IDOs on Orion Terminal (more details to come ahead of the next IDO). While SolarFlare was created as a democratic and decentralized alternative to existing IDO models, we want to reward, and incentivize, ORN staking by providing greater returns for stakers.

We are also considering an additional mechanism to stake purely for IDO access, where accrued rewards cannot be claimed, but instead used for IDO participation at an even higher allocation ratio.

You talked, we listened.

Community feedback is important to us. We initially proposed a model where all fees would be permanently removed from circulation, however, we have taken community feedback onboard, and have pivoted to a model that would disincentivize unstaking, while incentivizing and further rewarding staking.

We are open to additional suggestions from the community regarding staking optimization and other developments, and plan to utilize our governance voting mechanism to evaluate new features among the community.

Next steps to Main Net Staking: increasing APR
Get in Touch