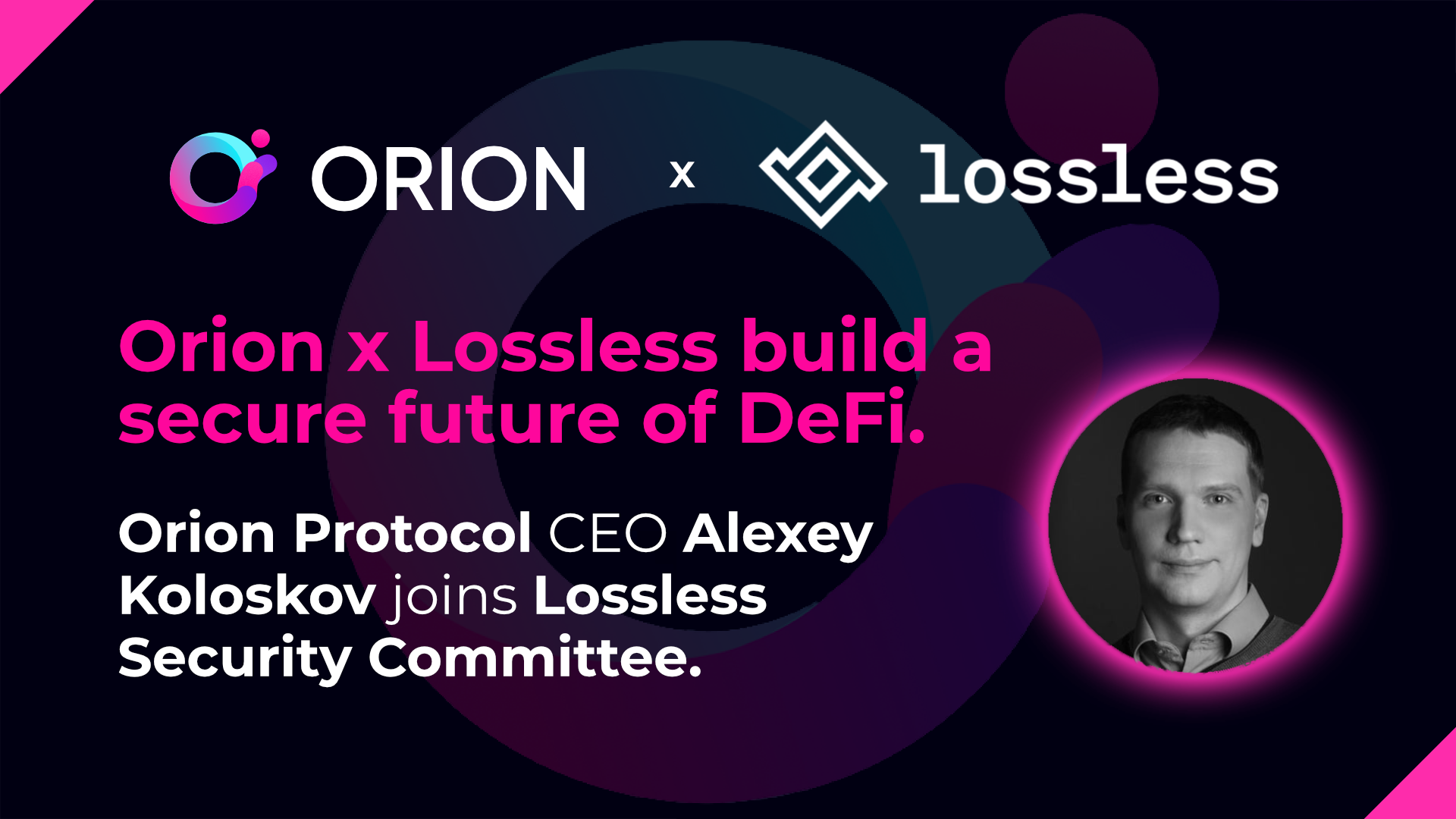 Lossless is the first hack mitigation tool for token creators: freezing fraudulent transactions based on a set of fraud identification parameters and returning stolen funds back to the owner’s account.

Security is of utmost importance to Orion Protocol - both for its users (Orion Terminal has the highest security score of all CertiK-audited platforms) and the industry at large. Orion Protocol is proud to partner with Lossless to bolster the security of DeFi projects in the industry: CEO Alexey Koloskov joins the Security Committee as one of nine top public figure crypto professionals to help Lossless investigate hacks and revert stolen funds.

How does Lossless work?

The committee overseeing the frozen transactions consists of investors as well as key public figures such as Orion Protocol’s CEO Alexey Koloskov. This provides a trusted and unbiased method for resolving incidents.

Lossless Protocol takes action immediately after a hack to mitigate its effects.

If the hack is valid - the address is frozen for a further 14 days, and a committee proposal is enacted for permanent transaction freezing and reversing the transaction.

“It’s a pleasure to have industry leaders like Alexey join our Security Committee which shows Orion Protocol’s commitment to prevent hacks in the DeFi space and be one of the first-movers. We’re excited to have him and his know-how onboard for such an important mission.” - Vygandas Masilionis, CEO of Lossless.

“Lossless has already proved its commitment to resolving critical DeFi vulnerabilities and hacks. With Orion’s exceptional approach to project security and safety, it is a hugely attractive prospect to work with a number of the industry’s key figures in securing the future of DeFi and Orion itself and we look forward to furthering our partnership together.” - Alexey Koloskov.

Lossless’ protocol halts counterfeit transactions through various methods of fraud identification and automatically reverses any stolen tokens back to the original owner. Its solutions to the impending problems of cyber theft within the blockchain space are thorough and applicable within many protocols.

Lossless is available on Orion Terminal, and tradeable from your own wallet with no account needed.