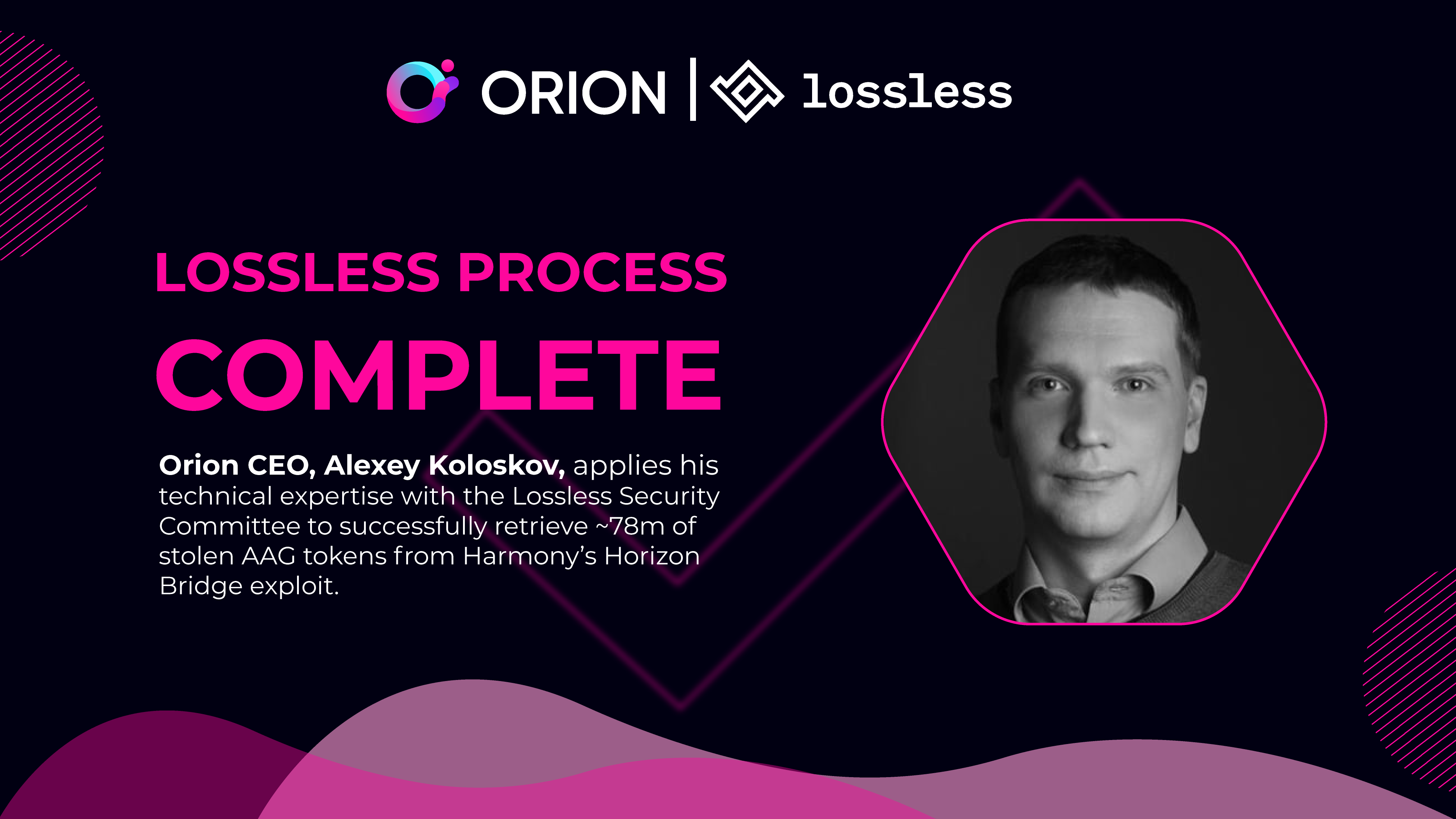 One project affected by the hack was AAG Ventures, with 84,620,000 AAG tokens being taken by the hacker as they exploited a vulnerability. The hack took place the previous day on June 23rd at 11:08am UTC until 11:26am UTC, as various transactions occurred. The malicious individual cashed-out 6m of stolen AAG assets until the act became reported on the Lossless protocol platform. Once reported, assets froze for 24 hours.

In the 24 hours following the stolen assets being frozen, the Decision-Making Body of the token owner, the Lossless technical team, and the Security Committee investigated the report and cast their vote on the outcome.

After a token owner proposes a refund, a 3-day dispute period begins, allowing the Decision-Making Body to reject their decision and propose a new outcome. Should this not take place, the 3-day dispute period ends and the proposed wallet is then confirmed and entitled to receive the refund.

As part of the invitation-only Lossless Security Committee, Orion CEO Alexey Koloskov used his technical expertise to help successfully identify and resolve this malicious act. This resulted in 73,005,000 AAG tokens being returned (after the recovery fee of 7%) to the rightful owner.

78M of $AAG tokens frozen after a hack. How Lossless interfered? 📣 https://t.co/6cgxOyFFgQ

”We are happy to be involved with Lossless and the Security Committee in securing the blockchain industry, and to reach a positive outcome for AAG Ventures. Orion Protocol values security as a significant part of our project and helping others achieve greater safety is necessary for the industry to continue developing.” - Alexey Koloskov, CEO of Orion Protocol

This is the first case for our partner, Lossless, to intervene and the outcome was a successful resolution for all parties. Orion Protocol is proud to play an active role in securing the blockchain space, both as part of the Lossless Security Committee and for Orion itself.

The hack occurred due to yet another exploit on vulnerable bridges. Orion Bridge is different. Orion Bridge is the first iteration of true cross-chain, cross-exchange trading. The aggregation of liquidity across multiple chains and exchanges into one order book enables users to trade for the best price at any time - on any connected chain, and any connected exchange. All while securely connected to a user’s own wallet.