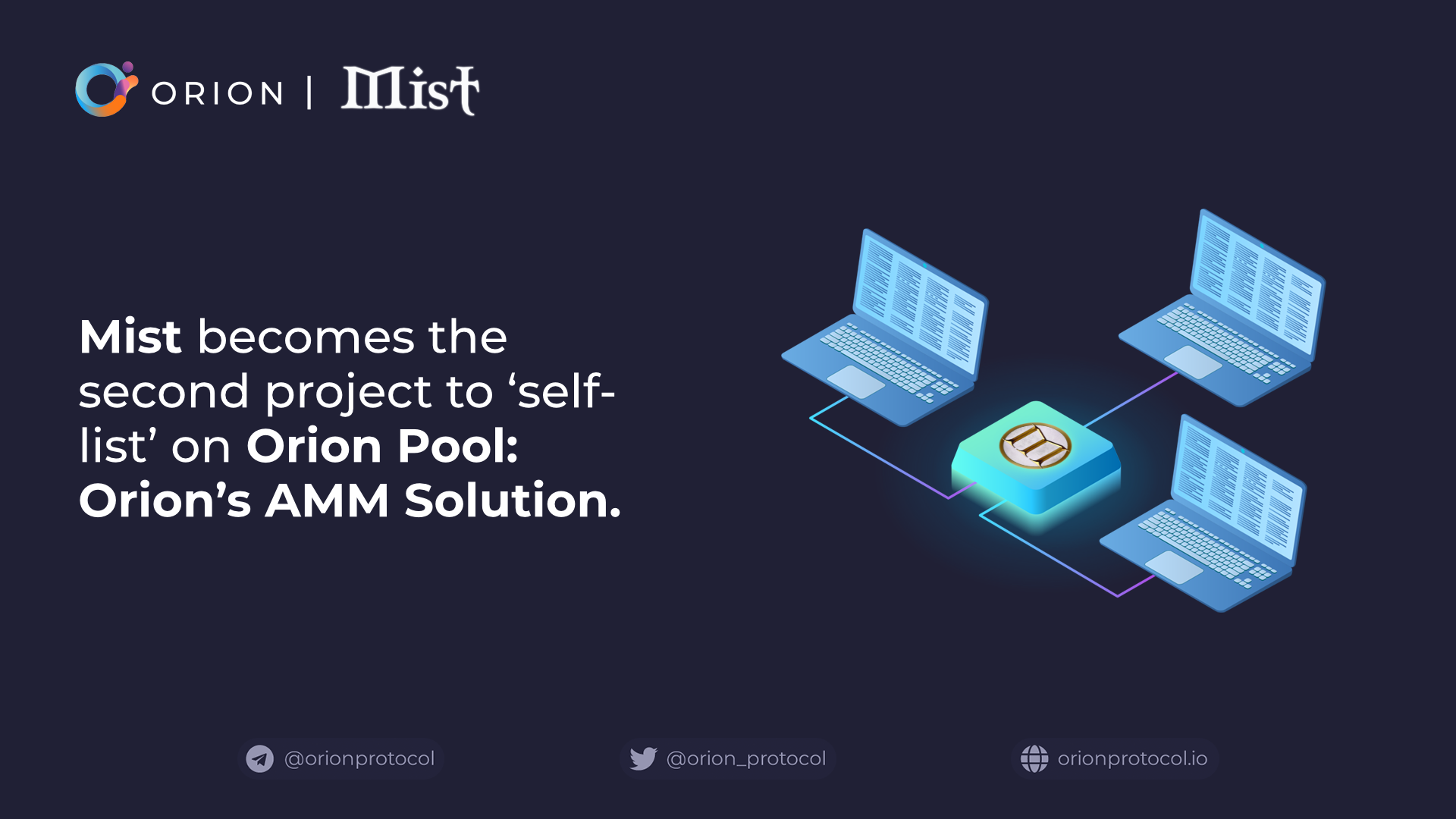 Recently, Orion announced its upcoming AMM solution: Orion Pool. Alongside the four starting pools, third party projects will be able to self-list their token on Orion Pool paired with ORN, enabling greater accessibility to assets on Orion Terminal. MIST will be the second project to join Orion Pool and provide liquidity for the MIST pool, with more to come.

Leading up to Main Net Staking, Orion is combining both existing forms of pre-staking into Main Net Pre-Staking. ORN token holders will be able to enjoy staking rewards, governance, and added utility directly from the Terminal, without losing custody of their ORN. This liquidity will create Orion Pool: Orion’s AMM solution integrated directly into the current swap interface to create a seamless experience for the end user. As usual, Orion will route all swap orders to the liquidity source with the best price possible.

Initially, Orion Pool will launch with four ORN pools including ORN/ETH, ORN/USDT, ORN/BTC, and ORN/BNB, but third party projects will be able to self list their token on Orion Pool paired with ORN. This will enable liquidity for new assets and pairs to be added to the terminal - increasing assets and pairs exponentially.

Mist will be the second project to join Orion Pool and provide liquidity for the MIST pool.

Based on BSC, Mist is a blockchain-based action RPG game revolving around NFTs, Staking and Farming. Mist uses farming and staking both inside and outside of the RPG game to make use of the MIST token. Whereas regular NFT tokens often parade as collectibles, Mist’s NFTs are functional. Each one inserts directly into the Mist Game Framework, making them special in-game items when playing.

How will the pool work?

Liquidity Providers on the Terminal will receive Liquidity Mining rewards spread between the multiple ORN pools. Alongside liquidity providers, we will be adding Governance Stakers to our Main Net Pre-Staking to ‘vote’ on the pool to receive rewards.