Taking Orion Terminal to the next level: Helios

In a development-led industry that moves as quickly as crypto does, new solutions and products often evolve faster than branding, design, and messaging can. Our scope, plans, and products have grown significantly since pre-ICO, but our branding and messaging has largely remained the same.

Cue Orion Protocol’s rebrand. Our name, logo, core values, and mission remain constant, but how we communicate this (both verbally and visually) is evolving, both in line with our own growth as a business and that of the wider industry. Over the past few months, the Orion team has worked with several agencies on the rebrand - from simplifying our messaging, through to visualizing new solutions - both across our website and the terminal.

Now, we’re finishing this off in-house. As our development progresses at a much faster pace, we need to be able to update and adapt accordingly - ensuring faster updates for upcoming features, integrations, developments, and general UI improvements.

Helios, an extremely talented developer and long-standing member of the Orion Protocol community, joins the Orion team as a UI/UX Designer. Helios is the developer behind ORNscan.io, a popular tool built on the Orion SDK to provide greater visibility on the protocol workings. Helios recently launched helios.codes with the $HELIOS token at its core - a governance token with profit-sharing characteristics. When the HELIOS team earn ORN, all ORN is distributed back to $HELIOS holders and the pegged value of the token rises. 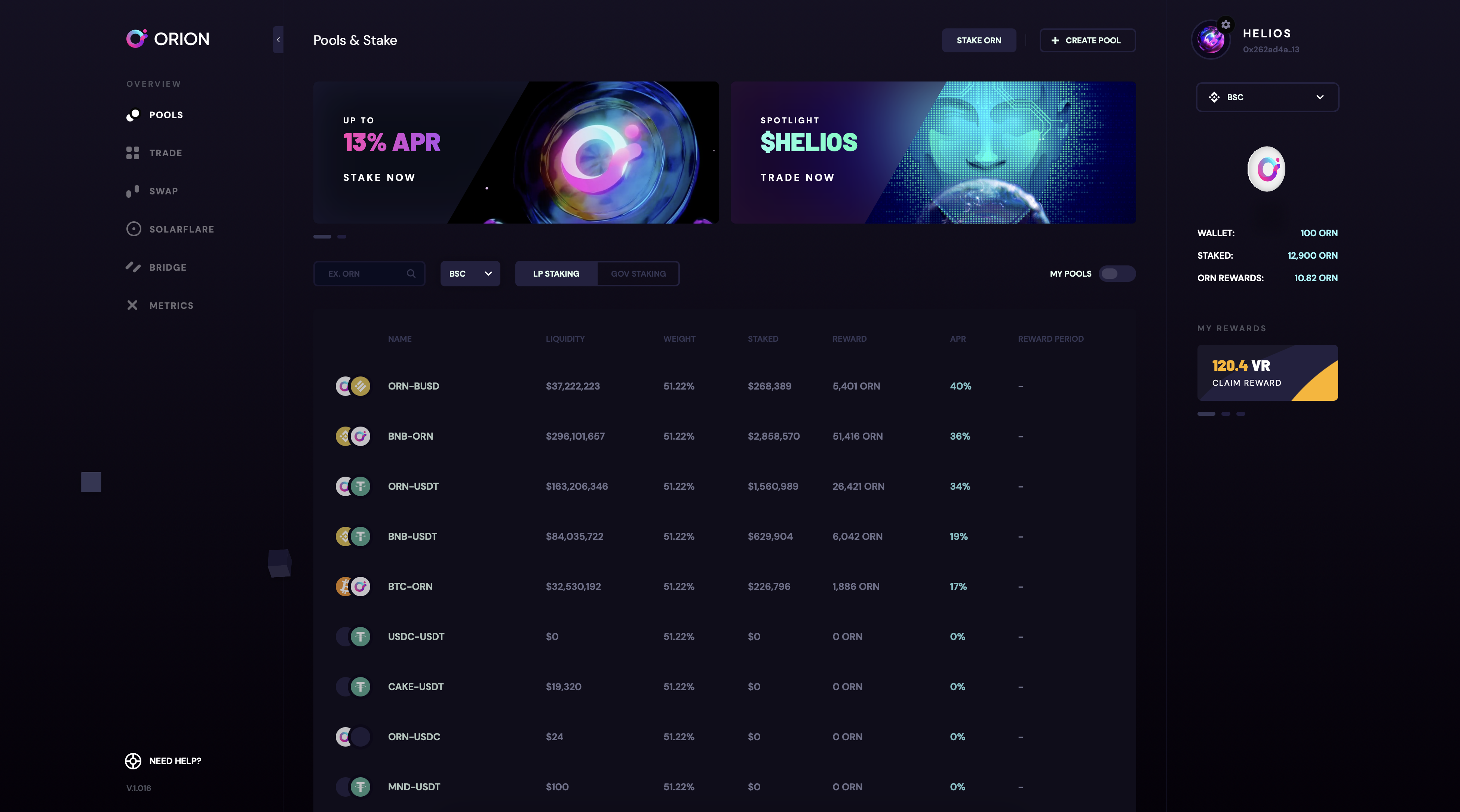 Helios is redesigning the terminal with the following goals in mind:

The size of our development team now sits at 45 core developers. The integration with our complex backend infrastructure will require additional time for deployment alongside critical upcoming backend integrations - including new assets, exchanges, and chains. Orion Pool and SolarFlare will be the first sections to be deployed - take a look below.

Stay up to date with Orion Protocol.

Orion Terminal: DeFi security in your own hands

Orion Terminal: DeFi security in your own hands
Get in Touch