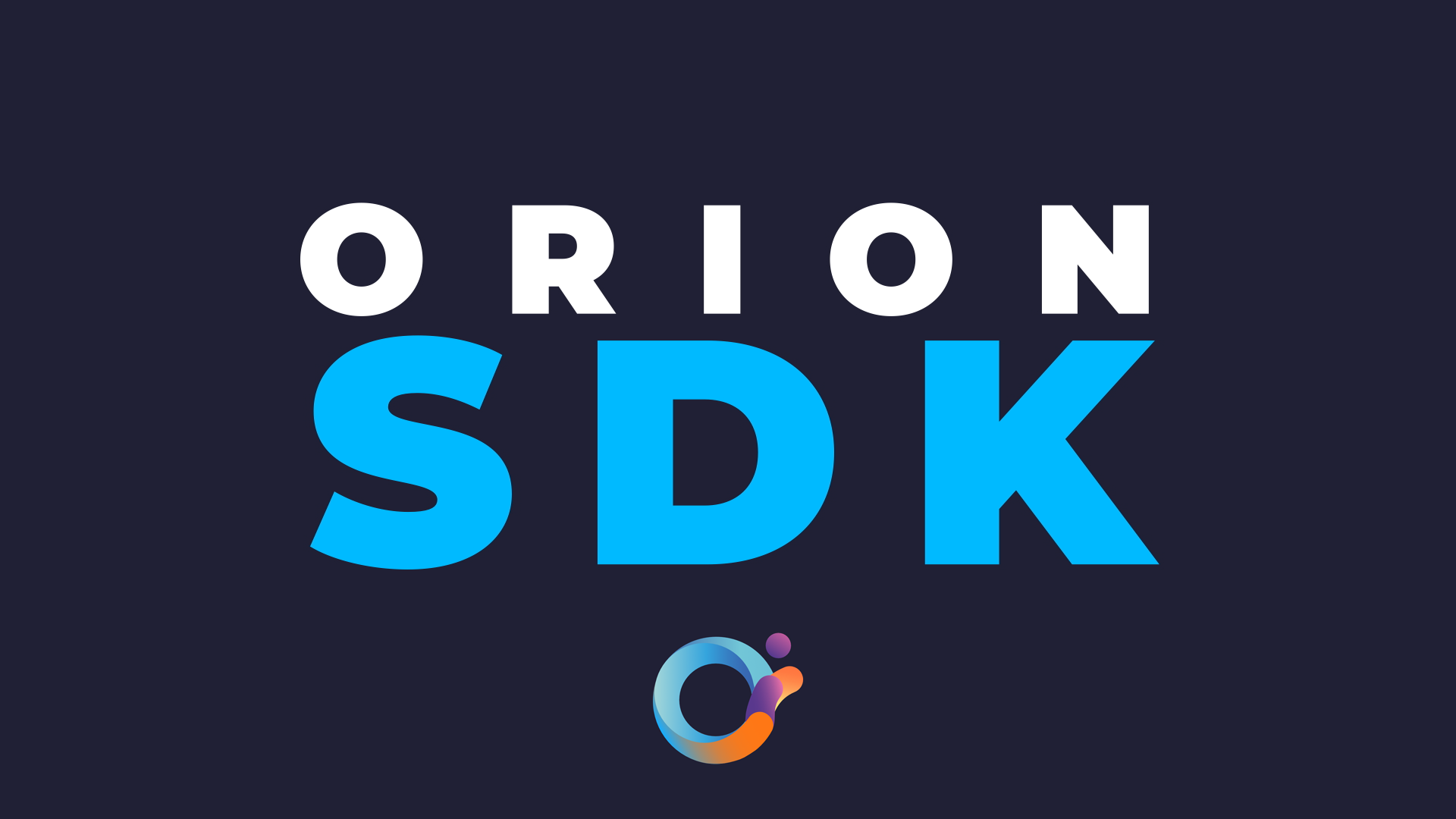 Built on the most advanced Universal Liquidity Aggregator ever developed, Orion Protocol is building the world’s first decentralized gateway to the digital asset market, aggregating CEXs, DEXs, and swap pools in one decentralized platform for the first time.

Orion Protocol is creating DeFi liquidity solutions via Orion SDK for traders, liquidity providers, exchanges, or crypto projects. Starting today, third parties will be able to build their own applications on the most advanced liquidity aggregator ever developed via Orion SDK V1.

The open-source software developer kit comprises JavaScript programming library (soon to be in Python, too), documentation, interfaces and tools to enable developers to immediately start building their own powerful financial tools, harnessing the power and liquidity of the protocol, and acting as the gateway between the protocol and third parties. This iteration marks the first step towards Orion Protocol becoming available for anyone to build on - whether for personal use or financial gain.

Every transaction via the applications built on Orion Protocol (whether via Orion’s solutions or third party dApps) will add to Daily Protocol Volume - benefitting ORN holders in the form of staking rewards.

In its first iteration, Orion SDK will enable developers to build applications of any complexity on the protocol backend. This includes:

With Orion SDK, it only requires a few lines of code to create a limit order or to swap one asset to another with the best price from the current market. There is no longer a need to tackle various exchange APIs, the managing of funds, or the unreliable withdrawal process for your tokens. The process hides the complexities of calling the Orion API, signing orders, and tracking order history etc, behind well-defined programming models in JavaScript language.

Orion Protocol will be encouraging stress-testing of the first iteration of the SDK with a Bug Bounty of $25,000. Alongside developer testing, Orion will be continually testing and adding additional functionality to the SDK with select B2B partners ahead of the launch of its upcoming B2B solutions.

Once the first iteration of the SDK has been sufficiently tested by users and developers, Orion will release phase two of Orion SDK, facilitating the launch of upcoming B2B solutions for blockchains, exchanges, and crypto projects, including:

Orion Wallet Swap SDK: allows users of third party crypto wallets the ability to access Orion’s liquidity via a swap widget directly integrated within the wallet’s interface. Wallet users will be able to swap crypto without leaving their wallet of choice, using liquidity of exchanges without the need for any exchange accounts and allowing for the least slippage of any solution in the market.

Orion Whitelabel DEX: an out-of-the-box solution for centralized exchanges wanting to decentralize their liquidity on their own branded DEX, without the cost, development hours, or resources needed to build one themselves.

Orion Developer Kit: an open source repository to allow anyone to build apps on the protocol. The entire protocol's functionality will be available to developers and businesses, enabling developers to build powerful financial tools - whether for personal use or to be monetized within Orion Marketplace. Within each dApp, ORN will function as a utility token to pay for all services.

Orion Liquidity Boost Plugin: an easy to set up plugin that enables exchanges and crypto projects decentralized access to all of the liquidity sources connected to Orion Terminal - both centralized and decentralized.

Orion Launchpad Liquidity: enables the launch of incubated projects on a launchpad’s own platform via a seamless whitelabel swap DEX, with the liquidity of all exchanges connected to Orion Terminal.

Global, decentralized accessibility is one of the core pillars of Orion’s existence. For the first time, anyone will be able to build powerful financial tools on the most advanced liquidity aggregator ever developed.

As the Orion Team has reiterated since main net launch, the primary focus is to drive volume to the protocol. While the development team continues to optimize Orion Terminal itself (with a number of critical updates to be announced shortly), the launch of Orion SDK enables open-source access to the protocol’s back end and liquidity for any number of solutions to be built on its Universal Liquidity Aggregator.

Every decentralized application built on the protocol (whether via Orion’s solutions or third party dApps) will be met with regular protocol fees, increasing Daily Protocol Volume ahead of the launch of Main Net Staking.

The launch of the first iteration of Orion SDK is the first step towards driving significant volume and expansion of Orion Protocol. Are you ready for the next stage of Orion?

Stay tuned for more to come in our dev update!

Please use this Orion SDK Bug Feedback form to report any bugs found.

AI Assistant Bonsai to build on Orion Protocol to make digital assets accessible to everyone.
Get in Touch