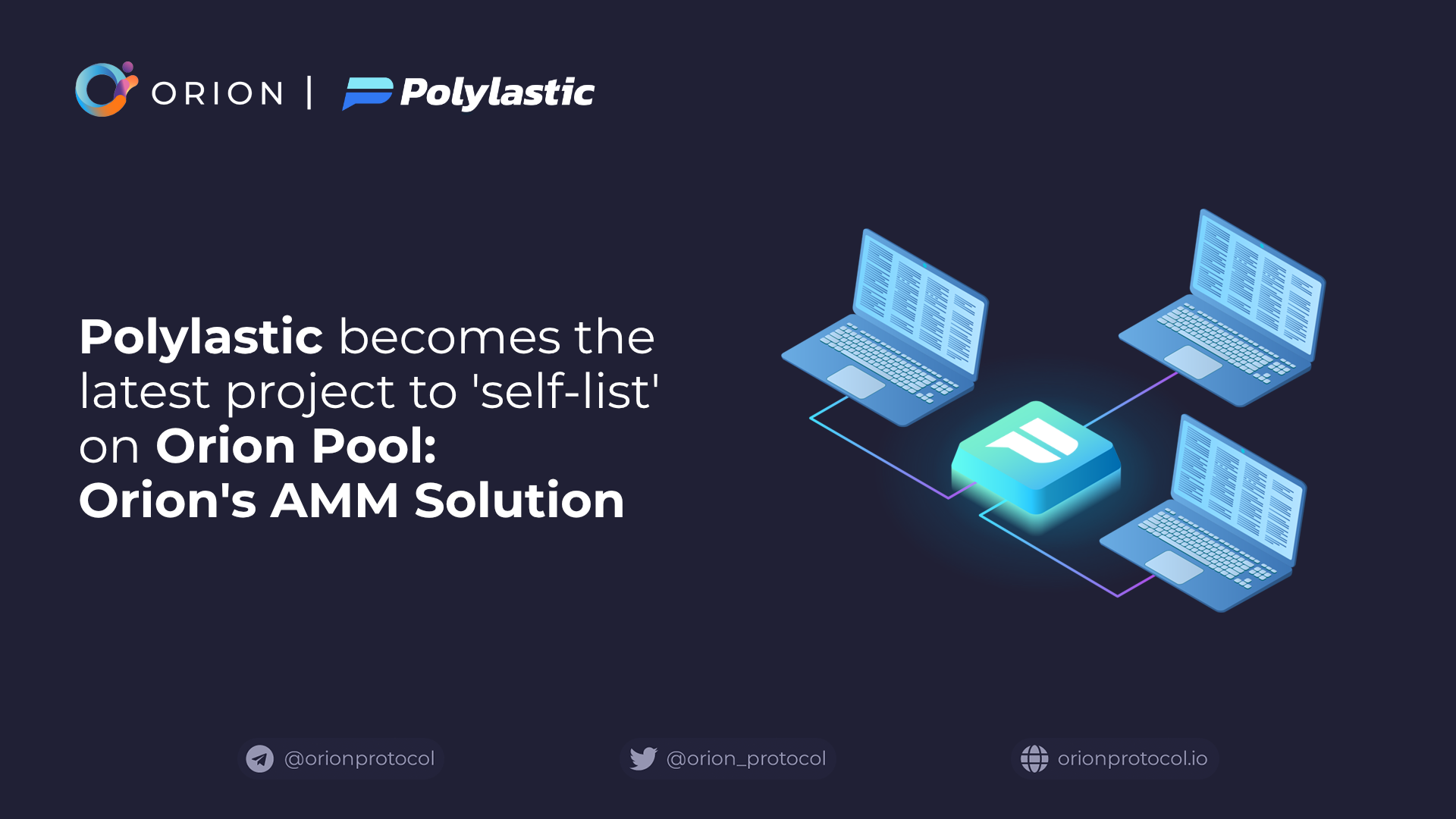 Projects can 'self-list' their token on Orion's AMM Orion Pool to enable greater accessibility of assets on Orion Terminal. Recently launched Polylastic will be the latest project to join Orion Pool and provide liquidity for the POLX pool.

Orion is combining both existing forms of pre-staking into Main Net Pre-Staking. ORN token holders will be able to enjoy staking rewards, governance, and added utility directly from the Terminal, without losing custody of their ORN. This liquidity will create Orion Pool: Orion’s AMM solution integrated directly into the current swap interface to create a seamless experience for the end user. As usual, Orion will route all swap orders to the liquidity source at the best price possible.

Initially, Orion Pool will launch with four ORN pools including ORN/ETH, ORN/USDT, ORN/BTC, and ORN/BNB, but third party projects will be able to self-list their token on Orion Pool paired with ORN, USDT, ETH, BNB, or BTC. This will enable liquidity for new assets and pairs to be added to the terminal - increasing assets and pairs exponentially.

Orion Pool allows new and popular tokens to be added quickly, and outside of existing liquidity sources. This continuously brings more exposure, assets and liquidity to the Terminal.

Polylastic will be the latest project to join Orion Pool and provide liquidity for the POLX pool.

Based on BSC, Polylastic tracks token performance within the Elastic Finance industry. As an index the project will include cryptocurrencies, seigniorage tokens, algorithmic stablecoins, cash systems and future finance alternatives. Community support and market cap of the token both structure how the index is weighted. These two elements combine to strengthen the technical and community areas as part of the mechanism.

How will the pool work?

Liquidity Providers on the Terminal will receive Liquidity Mining rewards spread between the multiple ORN pools. Alongside liquidity providers, we will add Governance Stakers to our Main Net Pre-Staking to ‘vote’ on the pool to receive rewards.

"After experiencing significant volumes during the first 3 days post launch, we believe that the self-listing option on Orion Terminal is the next logical step for us. It is the only terminal that will give our users ability to tap into both CEX and DEX orderbooks in one place, directly from their wallet."
Sunil Bhat, Strategy Director of Polylastic

Mist to self-list on Orion Pool

Polkacover lists on Orion Terminal via Orion Pool
Get in Touch