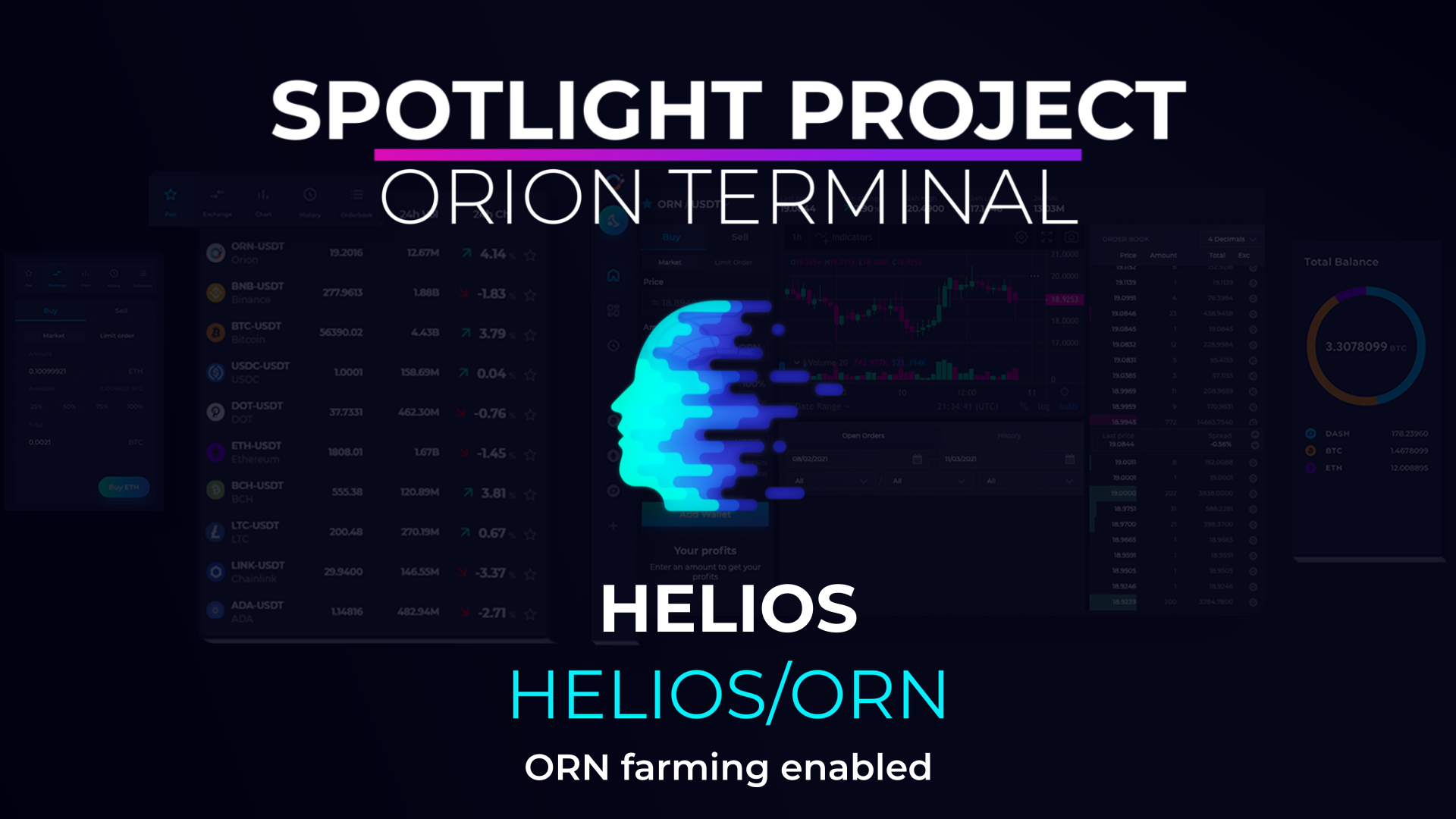 Today, we're bringing the HELIOS token to Orion Terminal, but there's so much more to come. The HELIOS team is building a number of community-driven solutions on Orion Protocol, more of which will be revealed later today.

2022 is the year that we aim to motivate and mobilize our community in every way possible. That means taking on feedback, hearing concerns, and suggestions for improvements. This also means tapping into the incredible amount of talent in our community - whether designers, ambassadors, coders, translators, or anything in between.

Orion SDK enables building on Orion Protocol, and allows community-built projects to develop their own ideas and visions - supported by the Orion ecosystem. The upcoming Orion SDK grant will fuel tremendous opportunity for growth, enabling the community (not just large entities and partners) to utilize the tools built on the protocol, and contribute to protocol volume.

Integral to building these community tools will be HELIOS - an Orion reinforcing community-led initiative created by Orion's UI/UX developer Helios and his team. Creating ORNscan.io, the Helios community, helios.codes, Orion Builders, and the Orion Terminal redesign, the HELIOS token is at the core of all Helios’ projects.

As part of this initiative, we have listed HELIOS on Orion Terminal (BSC). The HELIOS/ORN pool is now live, and ORN farming will soon be enabled.

SUSHI has been added to Orion Terminal on BSC and ETH