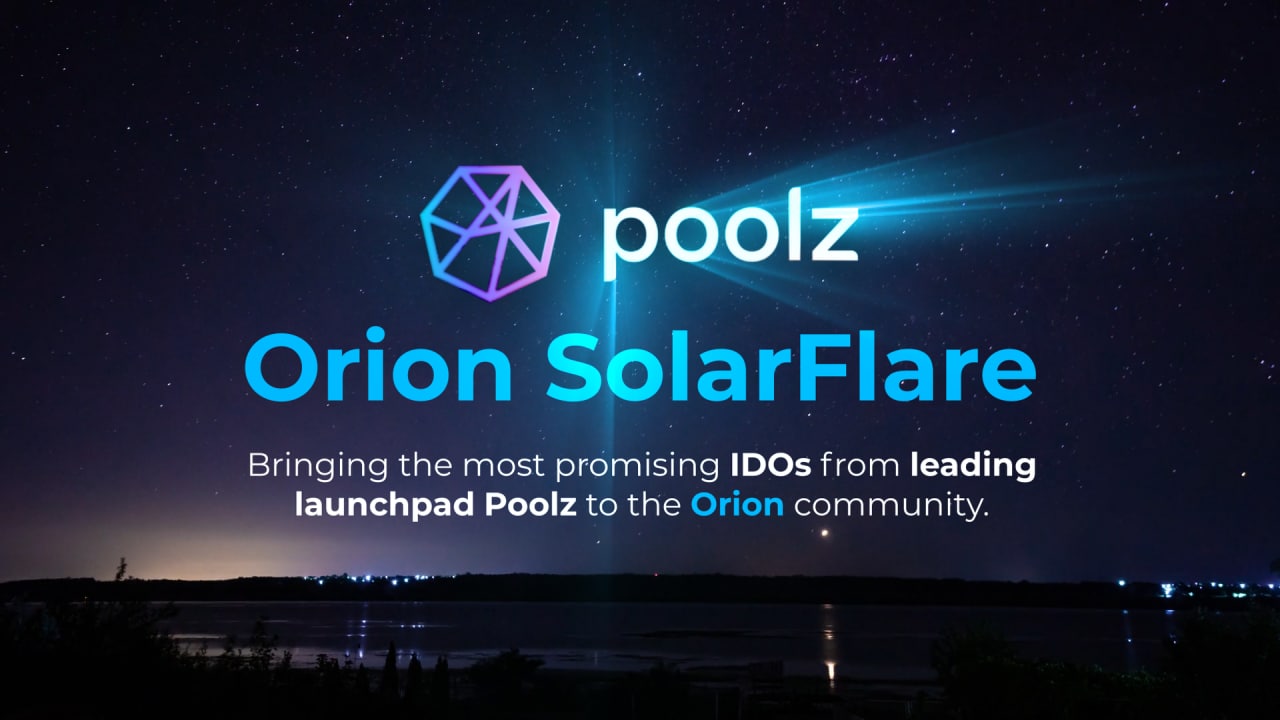 Orion Protocol has joined forces with leading launchpad Poolz to provide democratic and guaranteed access to IDOs (no min, no max, no cap, no staking) - simply by holding ORN. Sign up below to be the first notified about Orion x Poolz IDOs.

Orion Protocol is building the decentralized gateway to the entire crypto market. Its liquidity solutions for crypto projects, blockchains, and exchanges include Orion Launchpad Liquidity for leading launchpads.

Poolz is a decentralized cross-chain IDO platform built on top of the Web 3.0 network infrastructure, enabling projects to raise funds (through cross-chain token pools and auctions) before listing. The Poolz platform has already integrated with more than four different blockchains and is in discussions with more than ten of the biggest blockchain networks. With over 65+ successful IDOs in 2021 alone, Poolz has cemented itself as one of the leading launchpads in the IDO space. 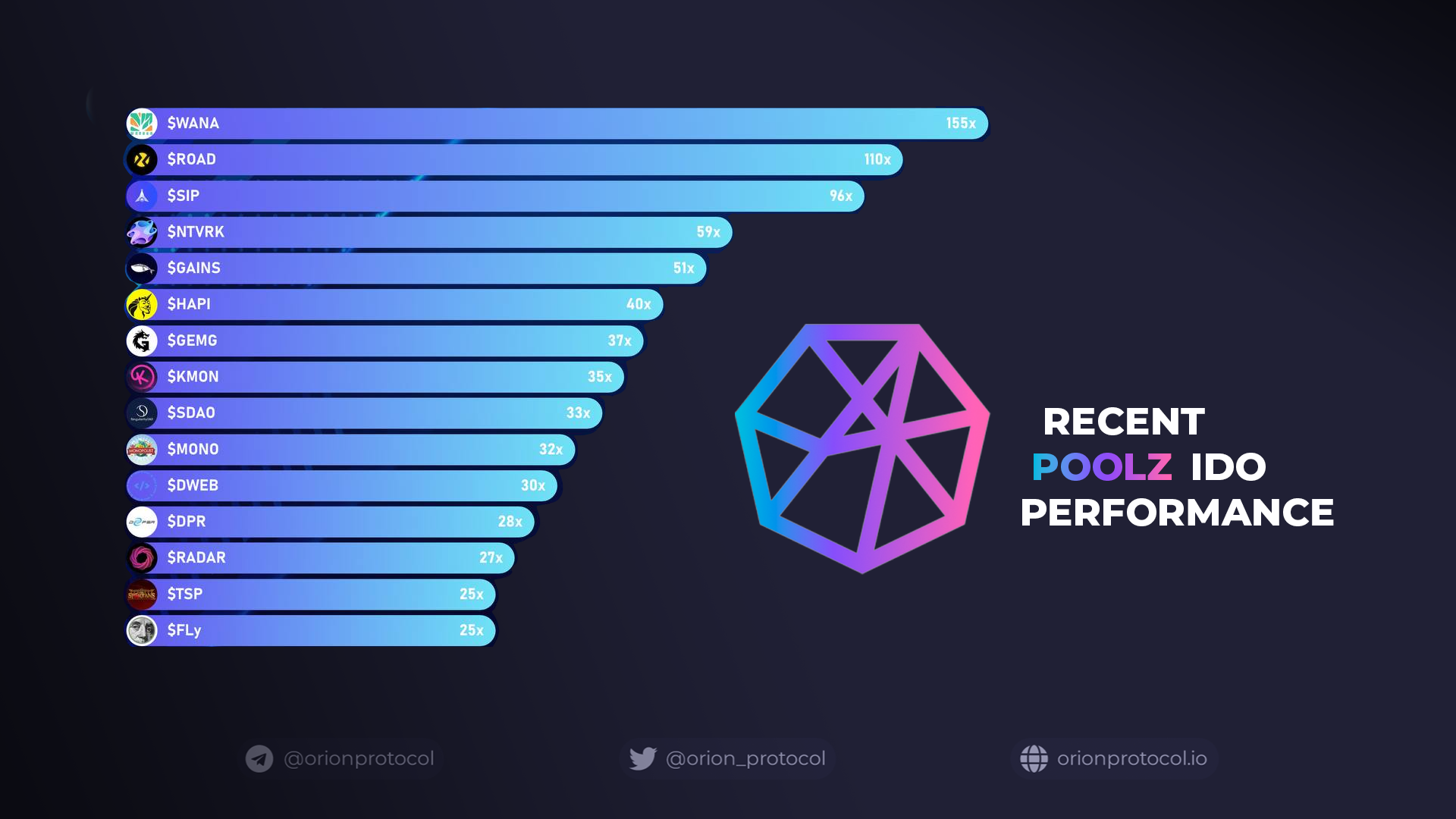 Typically with launchpads, there’s a disconnect between fundraising, distribution, and the secondary market, resulting in a diminished user experience. To increase the growth of the Poolz ecosystem, the team has chosen to partner Orion Protocol and its expanding infrastructure to align with the vision of an accessible multi-chain DeFi experience.

Poolz will funnel high-value IDOs to Orion SolarFlare. This will enable access to fundraising, distribution, and the secondary market for incubated projects all on one platform: Orion Terminal. Every IDO will be listed on Orion Terminal from launch, bringing in a wealth of new users and community members with every launch.

Working in tandem with Poolz will provide both sets of communities increased accessibility to decentralized IDOs through SolarFlare, as well as attract new users looking for a streamlined and hassle-free approach to fundraising within a high-demand industry.

STEP 3: User sends, for example, $500 of ORN to the Project X Pool to guarantee allocation.

STEP 4: The total ORN sent to the Pool by all participants equals, for example, $500,000 by the end of the Eclipse.

STEP 5: User’s allocation ratio is 5:1 ORN to Allocation (dynamic according to popularity of each Pool). User can claim funds on project TGE.

TOKEN REMOVAL. All ORN committed in Project Pools will be sent to the SolarFlare contract + permanently removed from circulation quarterly. 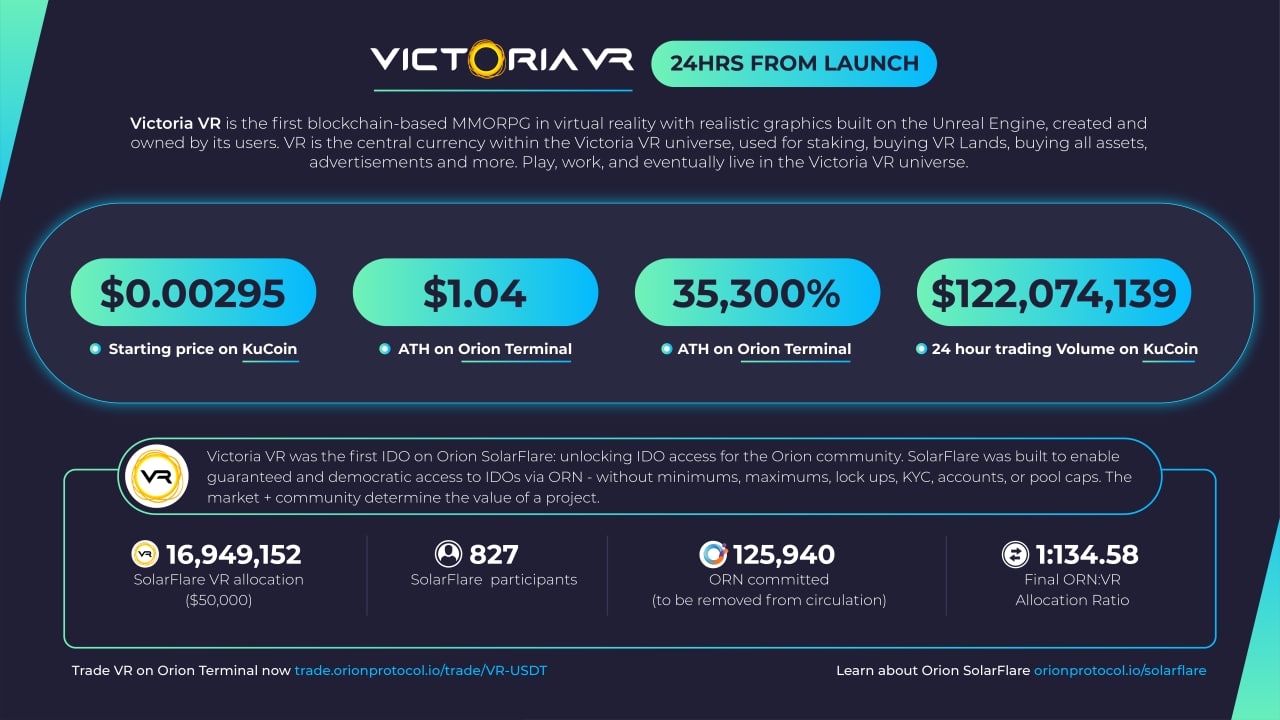 What's next for Orion x Poolz?

Orion Launchpad Liquidity will allow Poolz to streamline their launchpad process: enabling the fundraising, token distribution, and listing on the secondary market all on the Poolz platform. In doing so, Poolz will be able to launch their own incubated projects directly on their own swap post IDO: reducing friction, improving customer experience, and generating revenue.

Not only does Orion Launchpad Liquidity allow launchpads like Poolz to further monetize their existing business model, it enables them to complete their ecosystem through the development of their own platform to trade assets directly on their platform.

But while any launchpad can create their own swap to facilitate this, liquidity is not guaranteed. Via Orion’s Liquidity Aggregator, not only will Orion Launchpad Liquidity enable Poolz to carry native liquidity of incubated assets on PoolzSwap, it will allow Poolz to tap into bottomless liquidity across the entire market - practically eliminating slippage for the end users.

This will allow for Poolz to generate revenue not only on transactions for incubated projects, but every transaction on their swap.

Be the first notified about Orion x Poolz IDOs.

Orion Protocol adds even deeper utility to ORN by launching USDo stablecoin.
Get in Touch