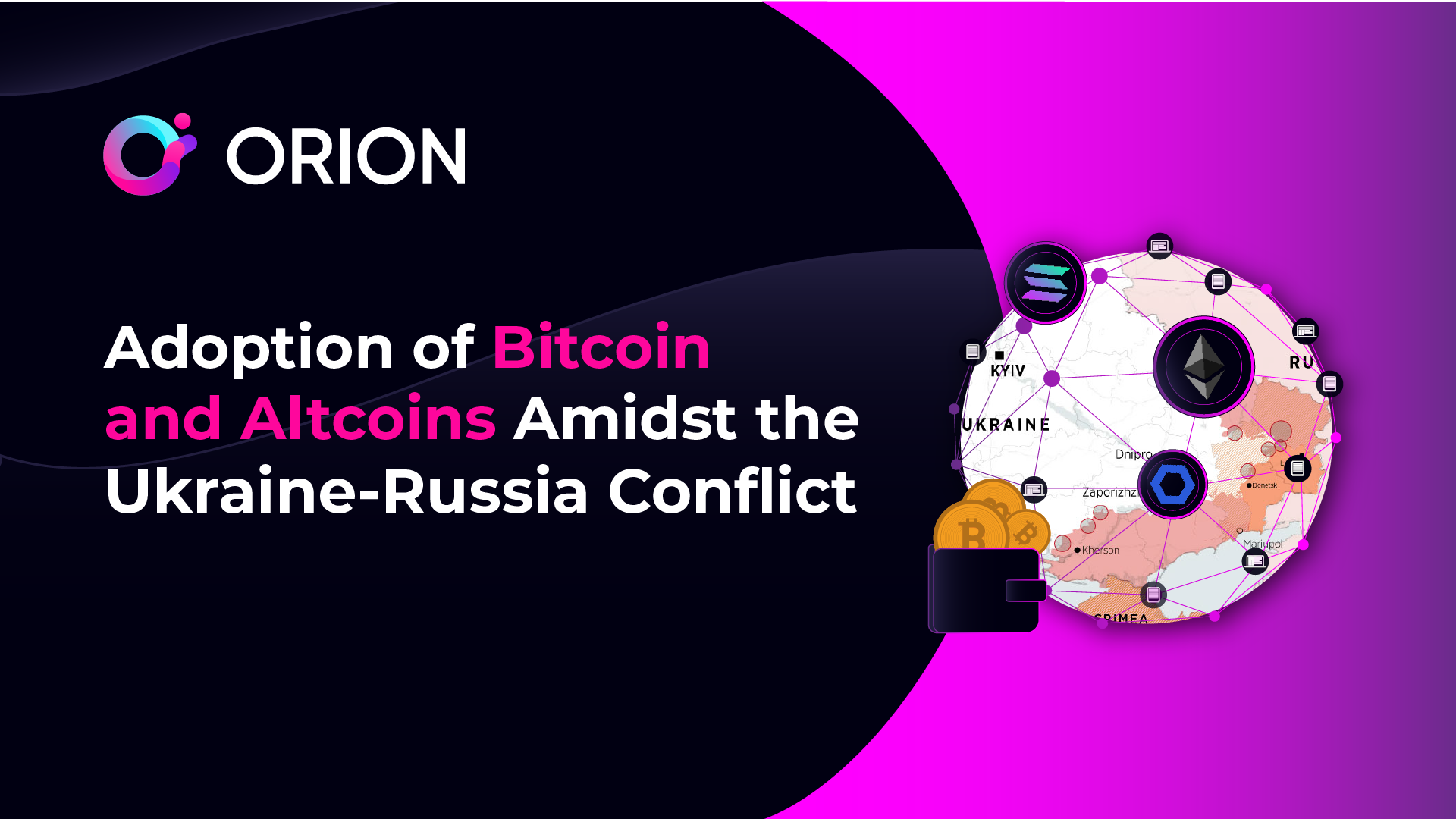 Adoption of Bitcoin and Altcoins Amidst the Ukraine-Russia Conflict

Throughout history, it has often been the case that stunning technological innovation has emerged to solve problems during challenging circumstances, and this has been seen with the adoption of Bitcoin and altcoins during the Russia-Ukraine conflict.

During Russia’s invasion of Ukraine, Bitcoin and altcoins have taken on an important role on both the level of citizens and politics, which has likely affected the market cap of the overall market.

The Russia-Ukraine conflict is considered to be the first major conflict wherein cryptocurrencies have played a major role. Bitcoin and altcoins have been immensely useful to Ukrainians who have faced trying personal circumstances. A major challenge has been the increased withdrawal restrictions from Ukrainian banks. 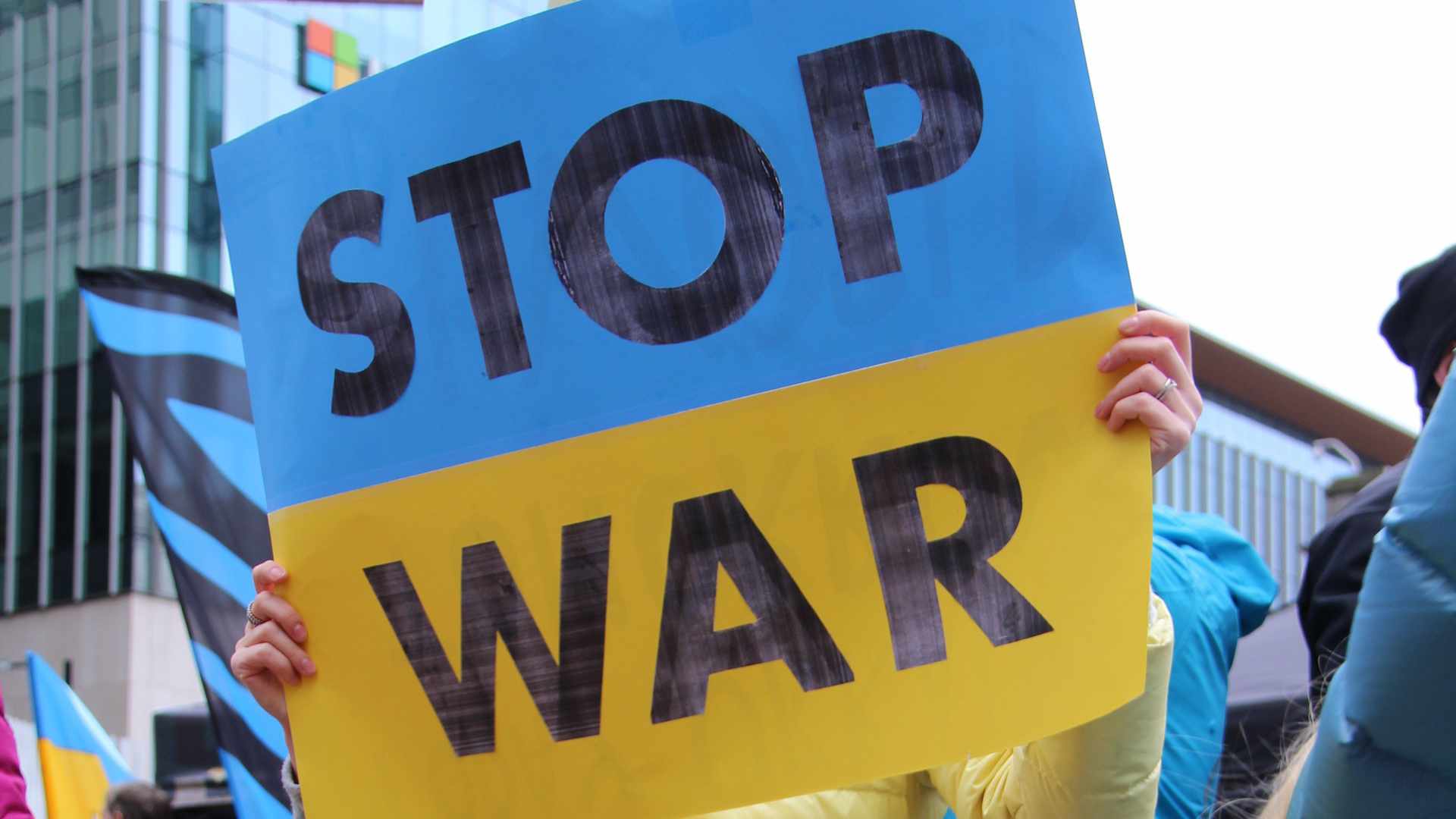 Greater accessibility for those who need it most

One major stumbling block in the way of exponential adoption is the fragmentation of the crypto market. With an ever-increasing number of altcoins spread across a dizzying amount of centralized and decentralized exchanges, it isn’t easy for users to have straightforward, secure access to liquidity.

Let’s take a look at how Orion Protocol can provide a gateway to the whole crypto market, facilitating further adoption in countries like Ukraine and Russia when they need it most.

Adoption in Russia and Ukraine: a bright spot during a dark conflict

Real-world stories that show crypto as a liberating and democratizing force can help new arrivals in the space see the utility of familiarizing themselves with blockchain technology.

As a country, Ukraine is known for having a fairly tech-savvy population with a relatively high-risk tolerance for new technological innovations. Ukraine often appears near the top of lists in terms of 24h trading volume and the highest rates of crypto adoption. 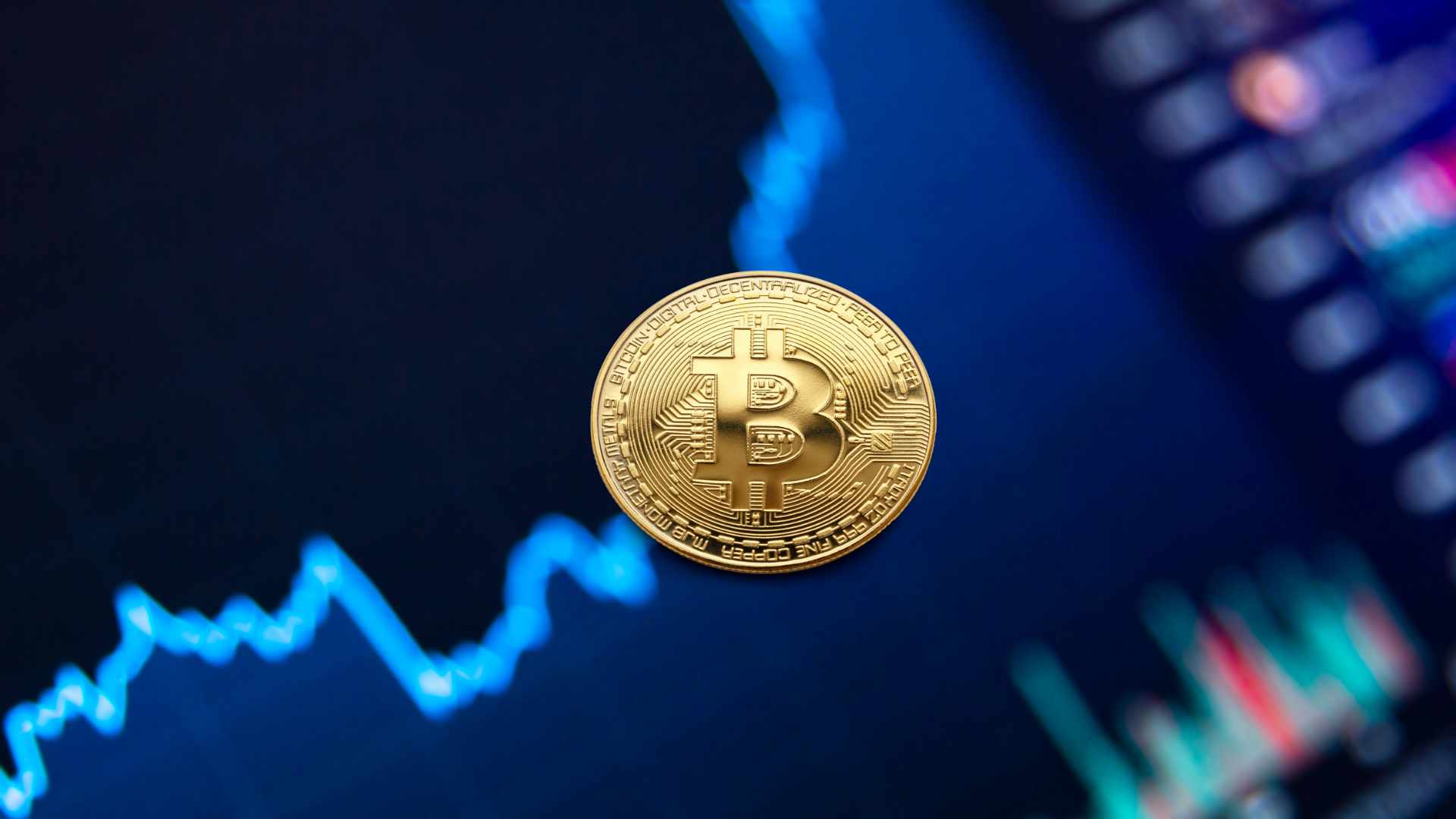 In light of restrictions on withdrawals and transactions from the Ukrainian central bank, the use of Bitcoin and alternative coins has blossomed in the country as a way for citizens to maintain economic sovereignty during turbulent times.

Ukraine is a Bitcoin-friendly nation, making cryptocurrency ownership and transactions formally legal in 2021. Crypto's growing market share provides average Ukrainians with access to a store of value and method of exchange that is more shielded from inflation than their national currency during chaotic times.

Bitcoin and altcoins also provide the country’s government with reliable access to donations in complement to Western aid. According to Chainalysis, Ukraine ranks fourth globally in terms of crypto adoption, behind only Vietnam, India, and Pakistan.

The Ukrainian government's support of bitcoin and other assets

The government of Ukraine actively solicited donations of Bitcoin, Ethereum, and Tether on Twitter in February of 2022—which is a degree of trust and interest in cryptocurrency that stands above most other nations.

A few months later, the Lithuanian-based cryptocurrency processor Coingate helped facilitate over seventy altcoins being accepted as donations to the Ukrainian government and people. The government of Ukraine raised more than sixty million dollars in well over a hundred thousand donations in just the first few weeks of accepting donations of Bitcoin and altcoins. 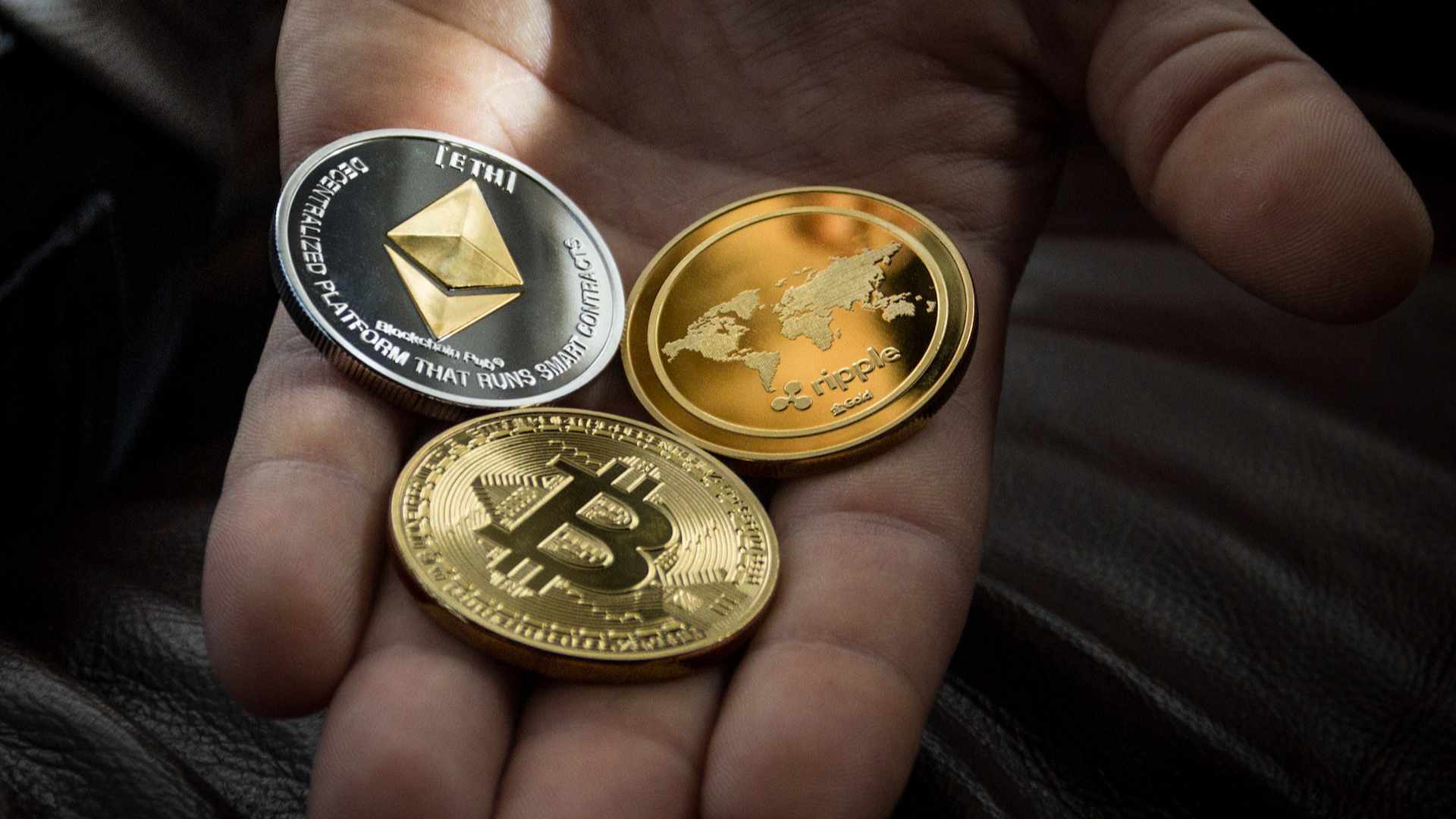 The market for Bitcoin and altcoins in Russia

While crypto adoption during the crisis in Ukraine has been widely lauded as a success story in terms of Bitcoin’s ability to empower beleaguered countries and citizens, its relationship with Russia has been more spotted.

The top Russian crypto exchanges notably have far fewer regulations than centralized exchanges popular in the United States and countries in Western Europe, taking a hands-off approach that allows sanctioned Russian groups to cash out their funds.

In Eastern Europe, around six percent of crypto transaction volume occurs on exchanges without know-your-customer policies, compared to around one percent globally.

Decentralization in light of the Russia-Ukraine conflict

Focusing on a minority of Russian extremists is to ignore the reality that crypto can serve as a safe haven for everyday Russians and that further adoption in Russia can minimize suffering.

As much as critics have focused on the heavy minority of users who used Bitcoin and altcoins to purchase drugs and other illegal items in Bitcoin’s early days, crypto donations to radical groups make up a small amount of total crypto use in Russia.

The potential for decentralized transactions of this sort has drawn even more attention from policymakers who want to control how digital assets are regulated. 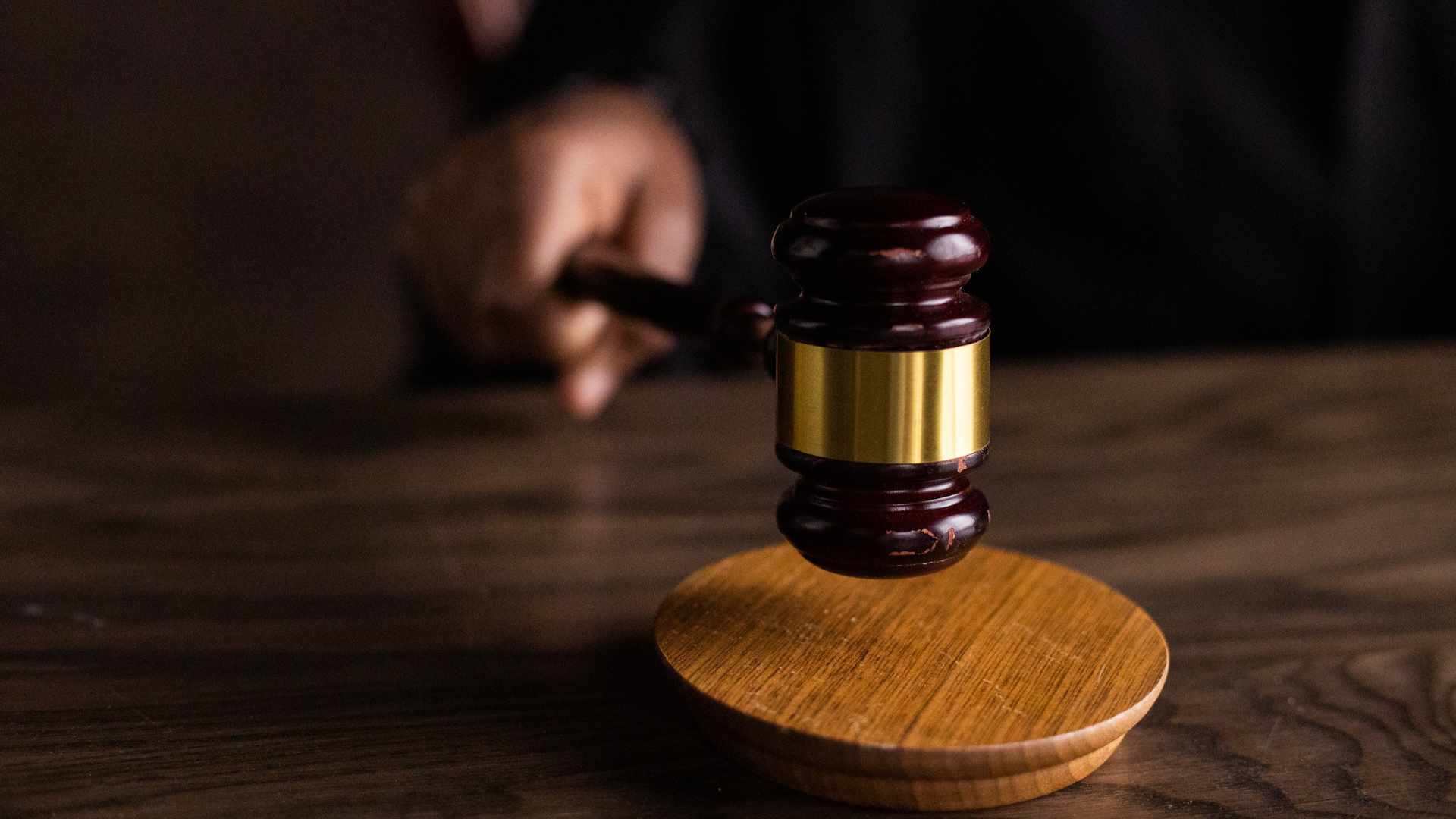 The Importance of custody

Restrictions on crypto transactions and exchanges in response to the conflict have highlighted the importance of users maintaining ownership over their private keys.

When users don’t control the keys associated with their crypto, they’re susceptible to freezes and restrictions from centralized entities. Orion offers users full control over their private keys to simply connect their wallets and order across the full range of major exchanges. 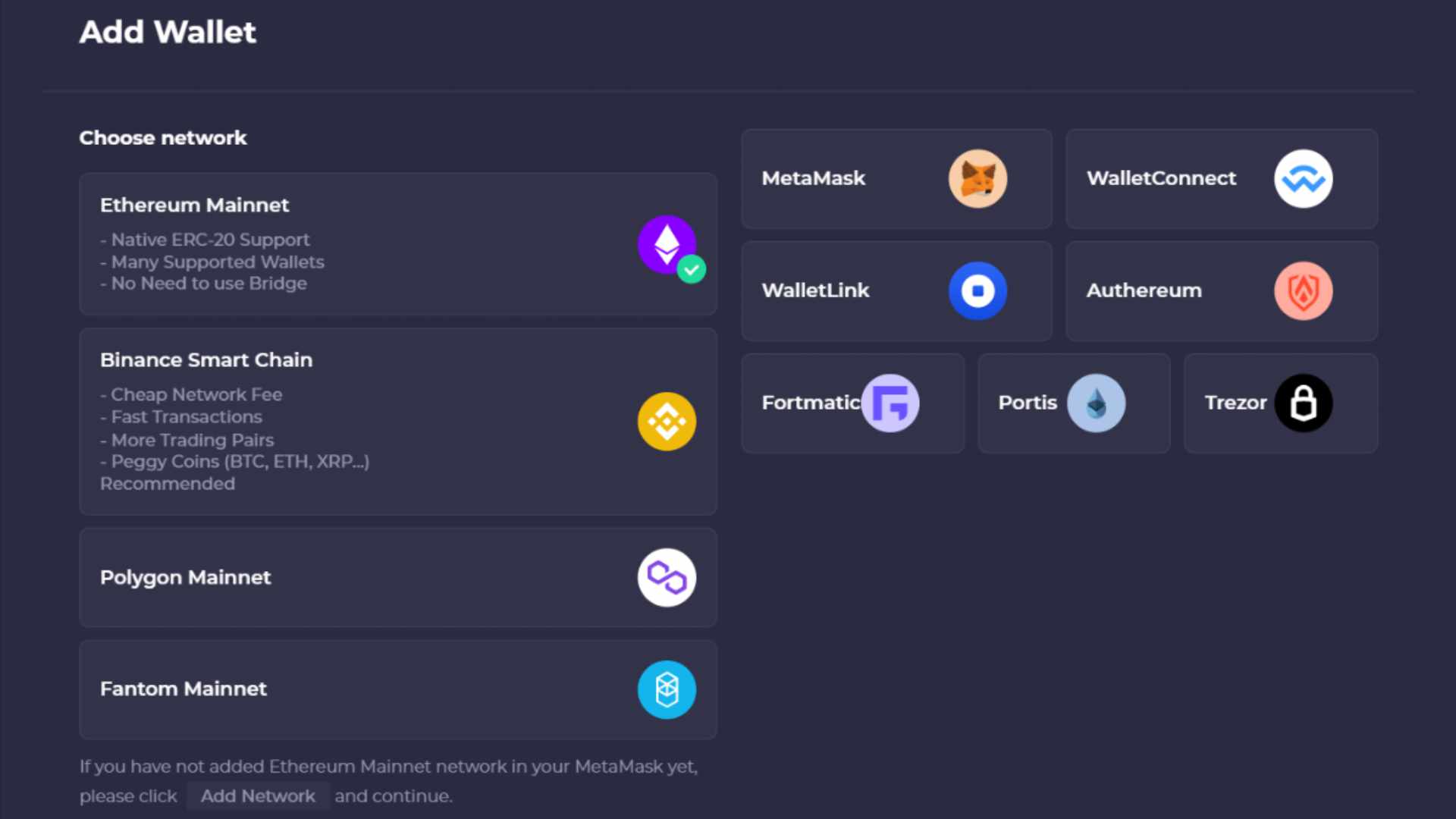 Bitcoin and altcoins as an inflation hedge

Bitcoin advocates have given investment advice aligned with the cryptocurrency’s potential as a hedge against inflation.

This use case is now facing real-world widespread implementation as inflation soars in financial markets across the world in response to a recession spurred on by the COVID pandemic.

Some economists theorize that many countries are becoming more protectionist in response to issues with credit and trade, which could accelerate the adoption of decentralized, neutral currencies.

The European energy crisis and the cryptocurrency market

Energy use associated with mining-based coins has been at the fore of the discussion about blockchain technology even before the Russia-Ukraine conflict.

Companies designing mining rigs are working to develop more efficient miners than ever to create an environment where mining is maximally profitable for miners, particularly when the market cap of Bitcoin and many altcoins are down. 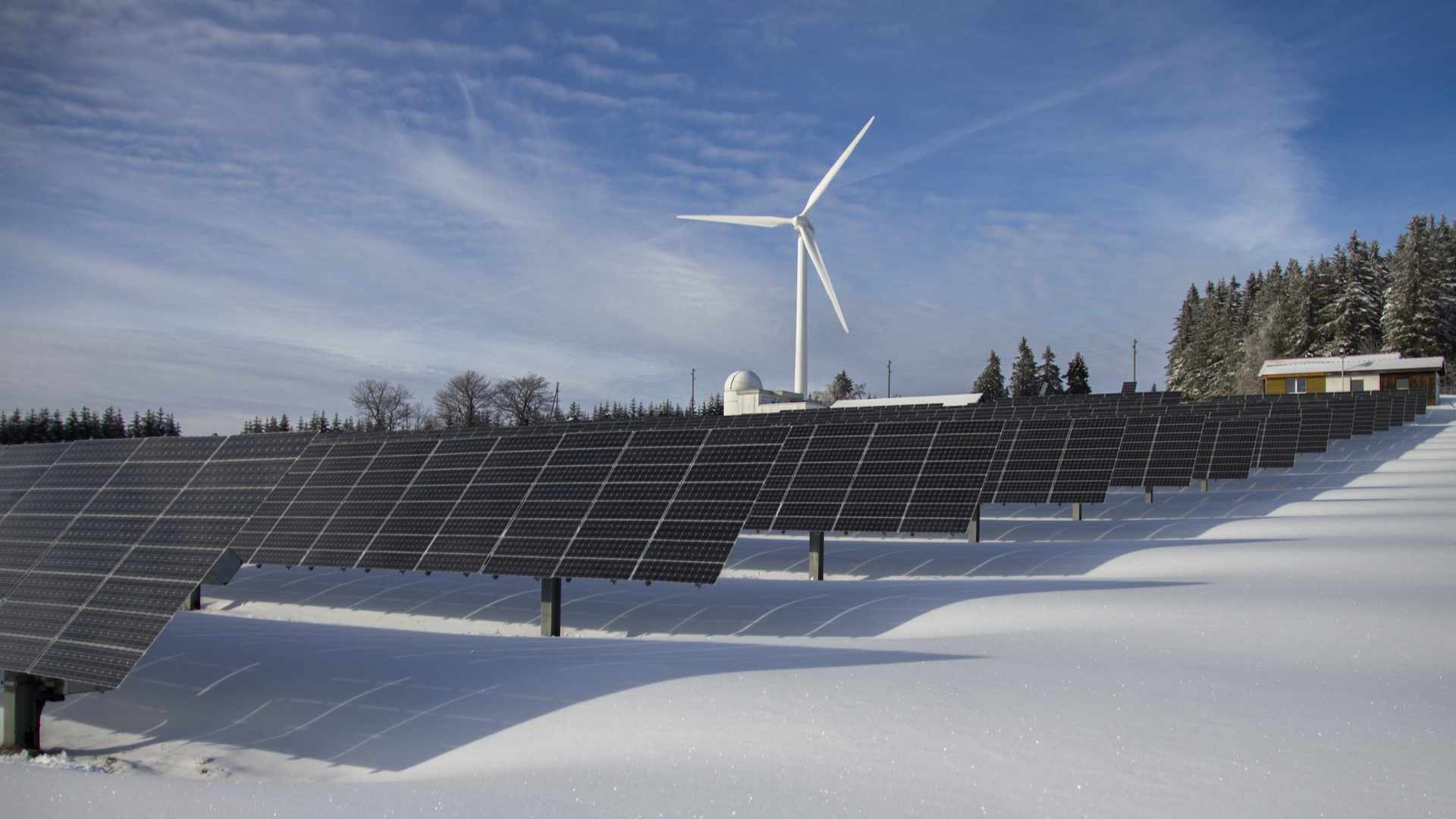 Coin liquidity amidst the conflict

One of the main challenges that affect crypto’s functionality alternative to centralized fiat money is liquidity. As seen during the conflict, Bitcoin and other cryptocurrencies have provided a uniquely useful way for near-instant, borderless transactions.

However, the market capitalization of each token is scattered over numerous exchanges. A lack of circulating supply on any given exchange causes a situation where the crypto market is fractured and inaccessible.

Orion Protocol as a tool to accelerate adoption

Currently, users accessing popular and smaller altcoins often maintain accounts on multiple exchanges and wallets, which can be time-consuming and frustrating. 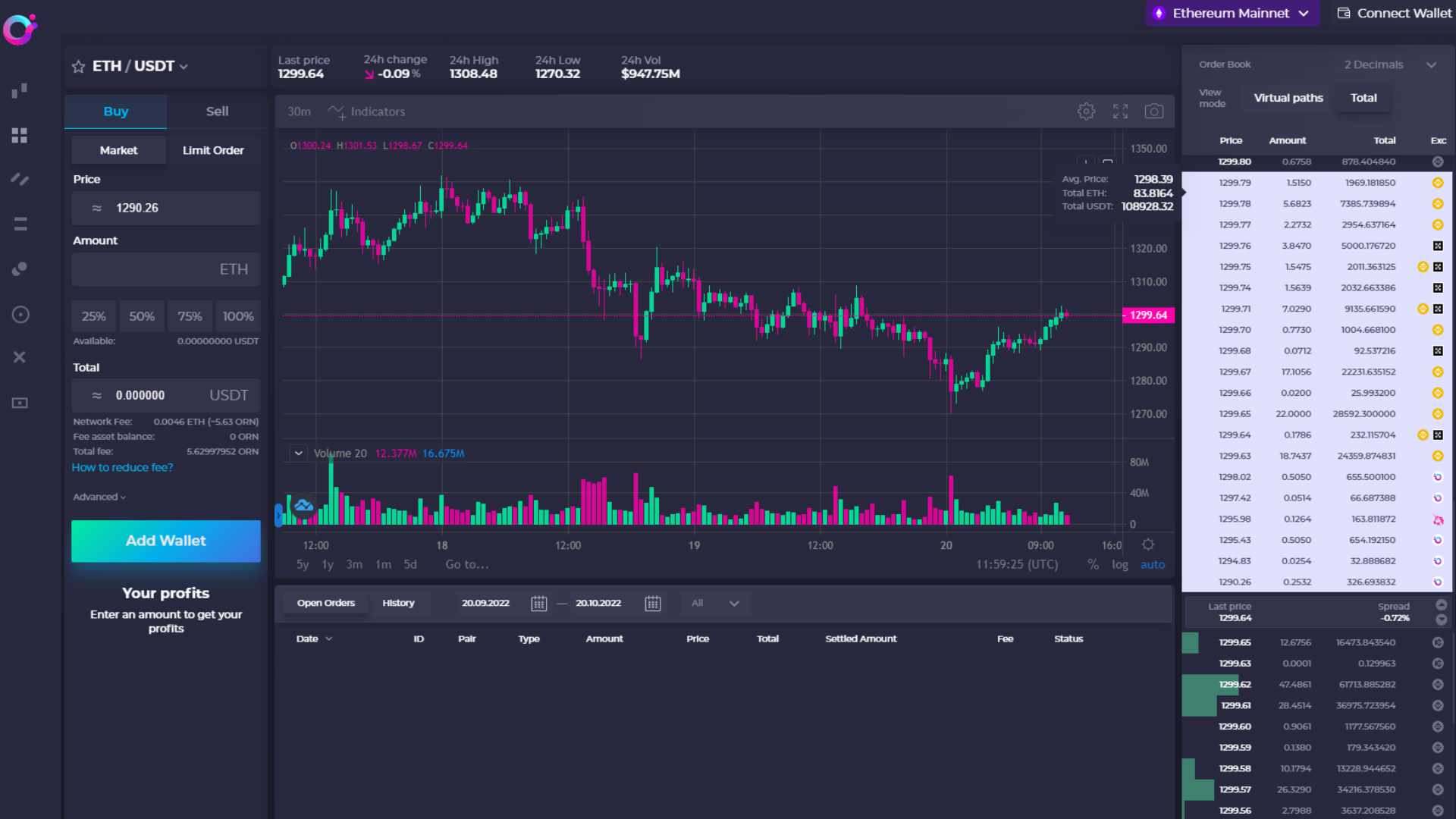 Orion is ushering in a new era of deep crypto liquidity, aggregating nearly every crypto exchange into a single decentralized platform. That means users can access cryptocurrency prices across almost the entire market in a single place: the Orion Terminal.

Particularly in Ukraine—where crypto has been greatly embraced by both ordinary citizens and the government in times of need—finding accurate information and the best price on any crypto coin or token can be of great utility.

As cryptocurrency projects become increasingly important during the Russia-Ukraine conflict, Orion is providing an indispensable market unifying force in buying altcoins at the best current price and going cryptocurrency prices.

The Future of Trading is Here.

No trading solution has offered traders the liquidity, custody, and accessibility they need in one...

KuCoin to monetize exchange liquidity via staking via DeFi initiative

Following the launch of Orion Protocol (ORN) on KuCoin, Orion is proud to announce  KuCoin as a...

MobiePay and Orion Protocol announce integration to bring ORN to 500+ top retailers The integration...
Get in Touch