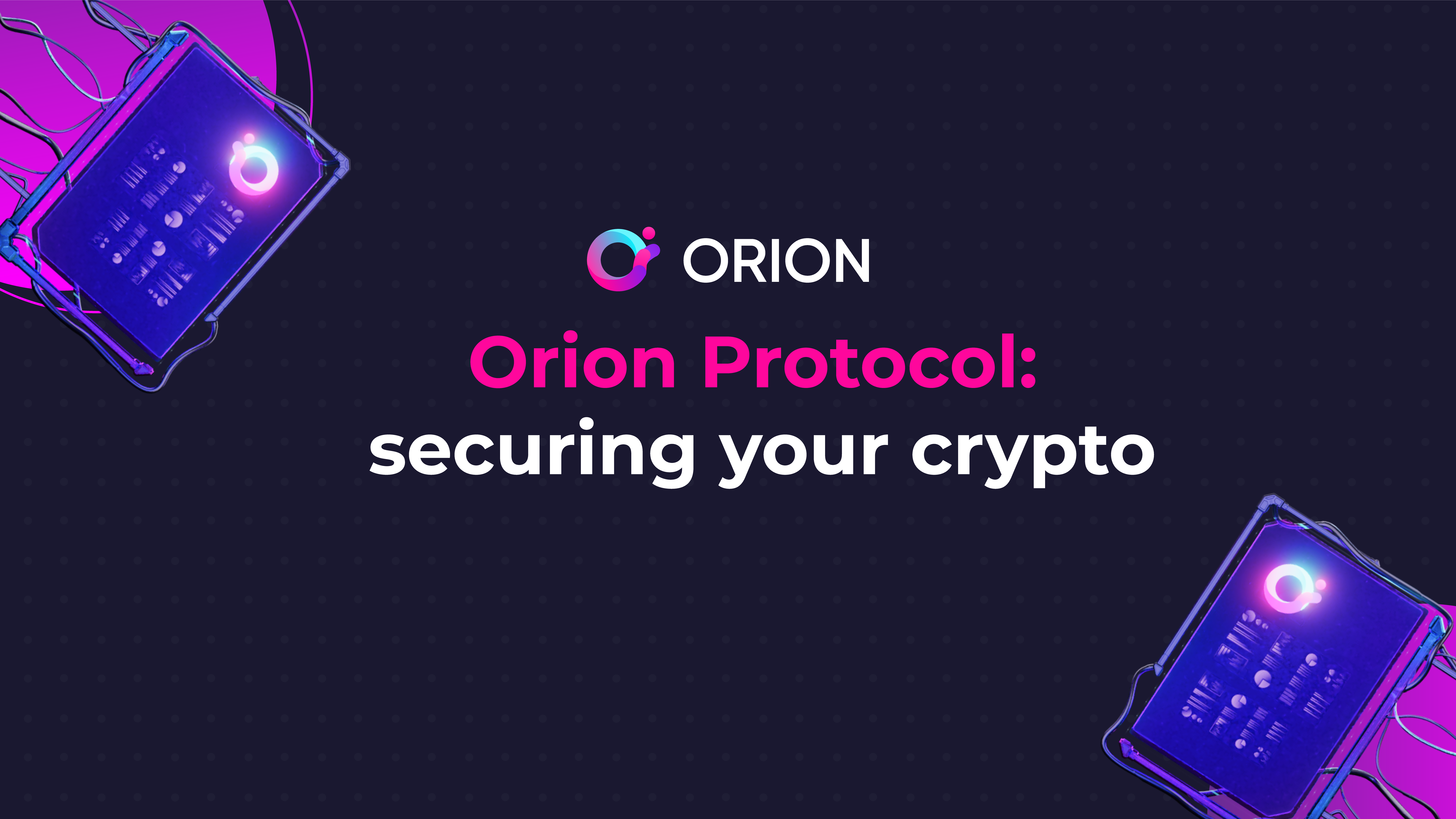 Bear markets represent a scarcity of available resources. For market participants, this means competing for decreasing rewards. The inevitable outcome is difficult circumstances for almost everyone and a higher risk of dissolution. The current market downturn has seen some spectacular failures. Once respected names have become insolvent or are teetering on the edge of a liquidity crisis. Worst of all, some users are being denied access to their own assets.

Orion is going through the same economic conditions as everyone else. The difference is Orion’s significant competitive advantage and the decentralizing safeguards to limit risk. Orion can never access users’ assets, which means users enjoy even less risk exposure.

Every business is different, and what leads one to close their doors typically depends on multiple factors. These factors can be boiled down to a combination of internal and external circumstances. The overall external environment is the same for everyone. Therefore, it is the internal factors of any given business that determines its resiliency. A business with a firm foundation and value proposition, sufficient liquidity, and safeguards against adverse market conditions holds the key to weathering a bear market.

Orion Protocol operates on a principle to diversify risk across many exchanges and DeFi integrations. In doing so, Orion addresses the fundamental need for decentralized access to centralized liquidity. With each integration, Orion further diversifies their risk. Orion is well-positioned (and well-timed) to serve users with a high degree of security well beyond this bear market. Above all, Orion is empowering users to maintain control over their financial well-being.

The dangers of custodial platforms

One of the most significant security risks for crypto investors is storing their wealth on custodial platforms. Centralized exchanges (CEXs) and lending platforms are good examples. These are entities that relieve investors of the responsibility to store their own keys, but expose them to the risks of keeping funds and information of many customers in a finite amount of locations. This makes them vulnerable to hackers who are incentivized to hack only a few systems to access the funds and sensitive information of many people.

Centralized custodians depend on outdated business and security practices, which blockchain technology is meant to improve upon. These practices are subject to the whims of regulatory bureaucracy, and yield the power to assert control over their customers’ property.

Orion is on a mission to integrate the benefits of decentralization with the behemoth centralized entities that have introduced security vulnerabilities to crypto. Orion’s model for decentralized access to both centralized and decentralized liquidity means that users can now access the entire market from the safety of their non-custodial wallets. Thanks to Orion, users can trade on centralized exchanges without accounts, and without the risk of hacker theft.

Warren Buffett popularized the idea of an “economic moat” to represent a business’ ability to maintain a competitive advantage. We’ve extended this analogy to address the importance of security in crypto. Thus far, Orion has zero substantial competitors and has fortified their economic moat by offering a high degree of security for their users. Orion never has access to users’ assets, which nullifies the incentive for hackers, too.

Orion is premised on a business model that intermediates between the centralized and decentralized themes in crypto. By providing decentralized access to the entire market, Orion and its users aren't vulnerable to halted services on any given platform. For example, if Binance were to go down, Orion would still allow users to access liquidity from all other exchanges. Even if Orion were to suffer an outage of its own, its decentralized practices ensure users never lose control of their assets as they are always available directly through the blockchain. Orion never requires registration or accounts to use their platform. Orion cannot possibly assert control over their beneficiaries’ assets.

The benefits for Orion and its users are twofold. As a business, Orion doesn’t depend on the survival of any one or two exchanges for its success. For users, they never have to worry about losing access to their assets. For both, they are diversifying their risk, and capitalizing on the growth of crypto as a whole.

Can Orion have a network outage?

Nothing is impossible, but this is why Orion has chosen a decentralized approach. The nodes in the DPoB consensus protocol hedge against the risk of any given issue. If a network outage does happen, then users’ assets would remain unaffected because Orion never has access to them in the first place. If an outage were to occur in the middle of an order, then the relevant smart contract wouldn’t be able to achieve finality. As a result, it would not execute, and no transfer of assets would occur. On Orion, the risk of asset loss is irrelevant.

Network stability is one reason why emphasis has been placed on the sustainability of Orion’s ORN token; because ORN is fundamental to the function of Orion Protocol. For example, ORN is utilized for each of Orion’s 18 revenue streams of revenue, which means that the behavior of ORN impacts communication across the network. By ensuring the sustainable stability of ORN’s tokenomics, both ORN stakeholders and network users benefit from consistent growth and activity.

Orion is ahead of the game from both an economic and security standpoint. Economically, Orion funnels the best prices in the market onto one order book by accessing cross exchange liquidity. With regard to security, there is never any need for accounts, because Orion allows access to the entire market directly from users’ non-custodial wallets. The combination of unmatched arbitrage opportunities with a high degree of security makes trading and DeFi on Orion a must for anyone seeking their own competitive advantage.