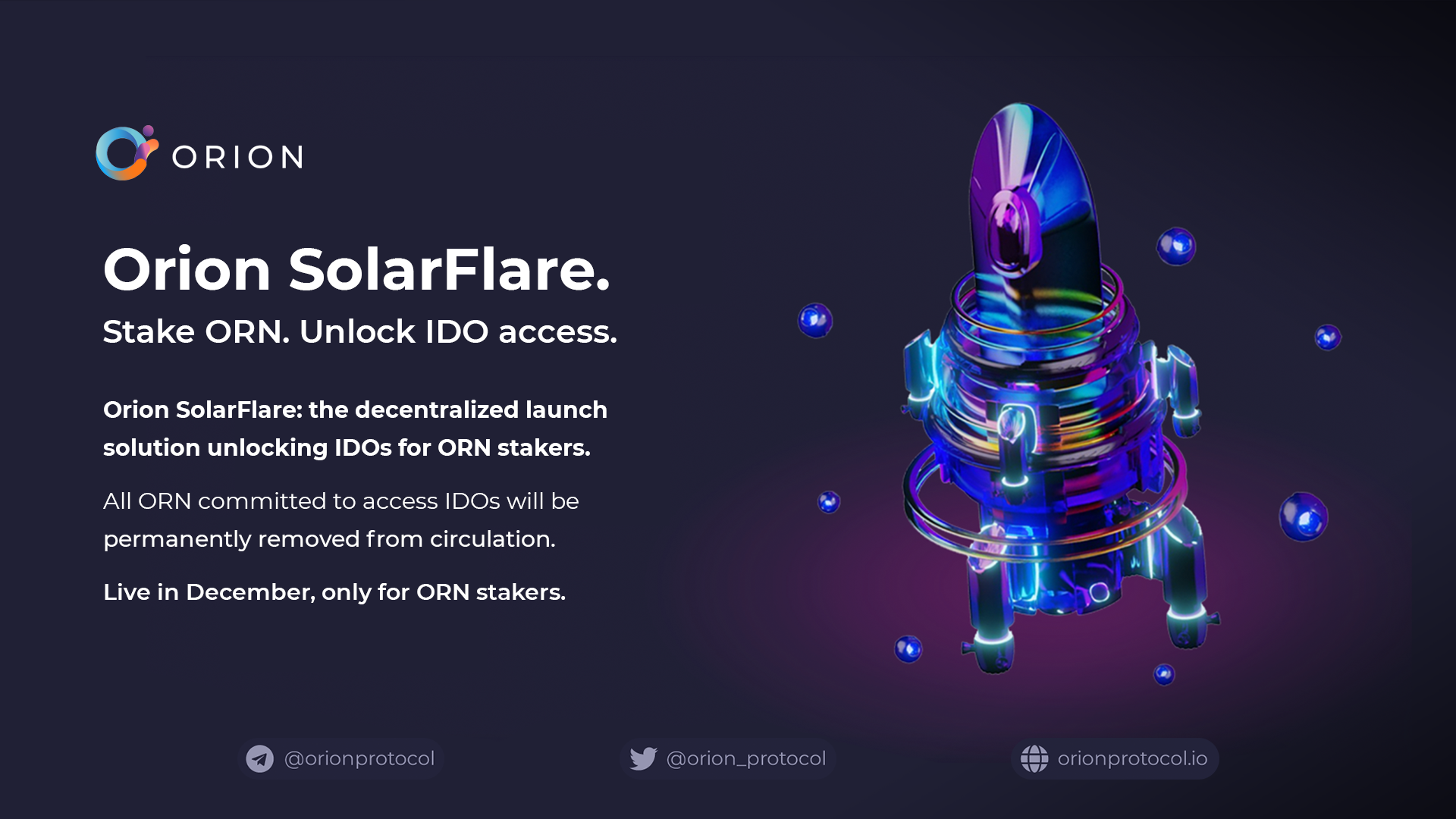 Launching in December. Only for ORN stakers. Apply here.

Despite the ever-growing number of IDOs, access can be hard to come by. With Orion SolarFlare, holding and staking ORN guarantees access to allocation for upcoming product launches. Orion Protocol has joined forces with leading launchpads to funnel their upcoming launches to Orion Terminal, enabling the Orion community access to IDOs from December.

ECOSYSTEM: All ORN committed will be permanently removed from circulation.

Every project launch on Orion Terminal will accelerate the expansion of the Orion ecosystem with deeper liquidity, available assets, and new users - driving terminal volume.

Meanwhile, every ORN committed to gain access to upcoming IDOs on SolarFlare will be permanently removed from circulation on a quarterly basis.

A number of further initiatives will be announced next week and rolled out from December to permanently remove ORN from circulation and continually reduce supply. 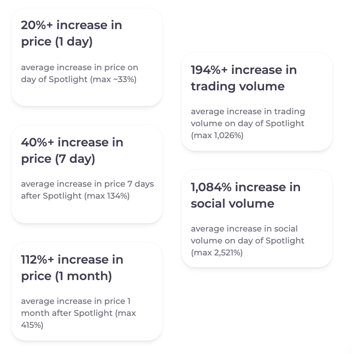 From top 100 market cap projects like Fantom and Holochain, through to new launches like Paribus, our Spotlight initiative has proven to be incredibly successful for projects through educating and engaging the Orion community, driving project's token value, trading volume, and social volume.

Now, we’re taking this to the next level with Orion SolarFlare. New projects can tap into the Orion community and list on Orion Terminal immediately afterwards: reducing friction and accelerating the launchpad process.

Sign up to be the first notified about Orion SolarFlare.

Governance Staking doubles to ~20% APR
Get in Touch