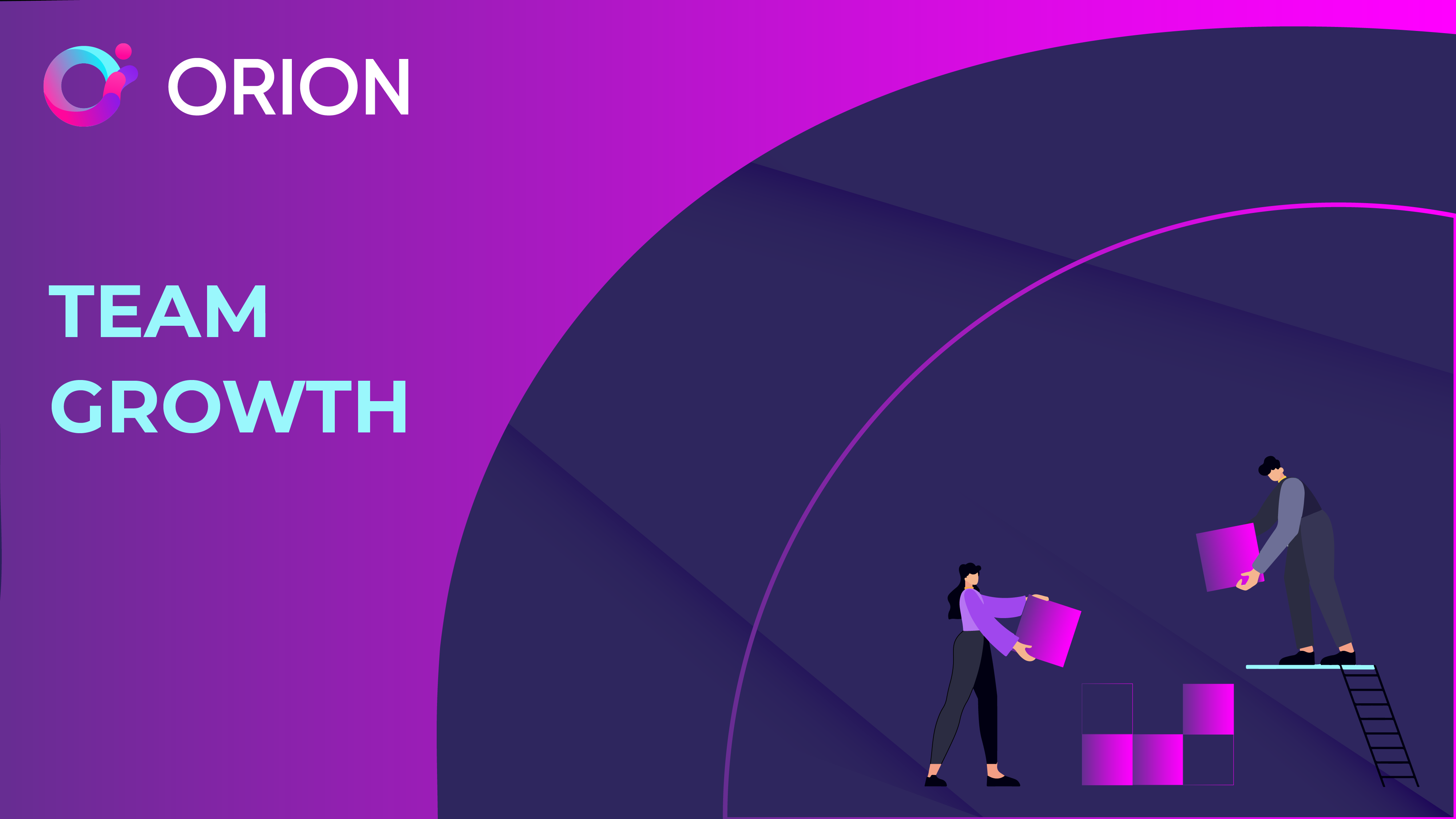 Orion Protocol’s development as the world’s most advanced liquidity aggregator recently led to implementing the Fantom chain, bringing one of the industry’s most outstanding blockchains to Orion. OKX, recognized as one of the top centralized exchanges in the world for daily volume, now has its order books decentralized for the first time through Orion’s technology. Both additions show Orion’s continued growth within the blockchain space and with that progression, the team grows alongside it.

- Orion Swap Widget
Recently launched, the Orion Swap Widget gives any website the ability to access Orion’s powerful and deep trading liquidity, quickly and seamlessly. As part of the progression of aiding Orion Swap Widget being installed on multiple websites, Orion has assigned a specialist role for this task. Lead generation and creating strong, long-lasting working relationships with companies means Orion can continue to strengthen through partnership-based collaborations and organic outreach.

- Orion SDK
Orion SDK forms an integral part of the underlying potential growth associated with the protocol. It allows developers to create new and exciting projects using Orion’s technology, maintaining regular use of the protocol and furthering new additional ideas and creations as well. Having a team member nurturing SDK integrations ensures a positive scalable route for onboarding new use cases, ultimately driving new utility for ORN and protocol volume.

- Regional growth
This visibility for Orion in global regions such as Asia helps to further awareness and support an influx of new potential users to Orion Protocol. Alongside new business links, it can tap into community growth, covering a wider region base. Orion’s latest addition to the Business Development team provides an avenue to increase the project’s exposure across multiple geographical locations.

Developers
Another six team members added over the last few weeks aid in front end and back end work of the liquidity aggregator. Orion Bridge forms the foundation from which many new features stem from. This has already seen integrations speed up because of it, allowing the team to make much quicker adaptations with new chains, CEXs and more. The growing development team generates the ability to integrate new features to the terminal and streamlines the team’s efficiency and workflow.

Graphic design/video
Orion’s recent addition to the marketing team is on hand to produce various media assets. These assets can include static 2D images for blog posts, social channels and infographic media content, plus any other assets required. Further use of video and animation enable Orion to produce quality educational content for the Orion community, which helps to gain a better understanding of the protocol.

Research and development
Adding a specialist team role for Research and Development gives Orion the capacity to explore various product-related areas, including development, innovation, and quality. This helps create a well-rounded knowledge base for the project and keeps Orion at the forefront of a rapidly developing blockchain industry.

Copywriting
The marketing team now includes a copywriter, hired to produce more featured blog posts and educational content for the community. Having an additional copywriter allows the team to allocate resources in an improved manner while maintaining a streamlined flow of information.

With the integrations of Fantom and OKX now complete, DEX integrations of Uniswap and PancakeSwap are progressing well. As mentioned in our most recent Dev Update, a new chain integration is currently being tested by Orion’s VIP group. Each new milestone enhances Orion Terminal’s capability to deliver a world class, decentralized trading experience for users from their own wallet, without limits or accounts, and always providing global access.

Mist to self-list on Orion Pool

HOT lists on Orion Terminal via Orion Pool
Get in Touch