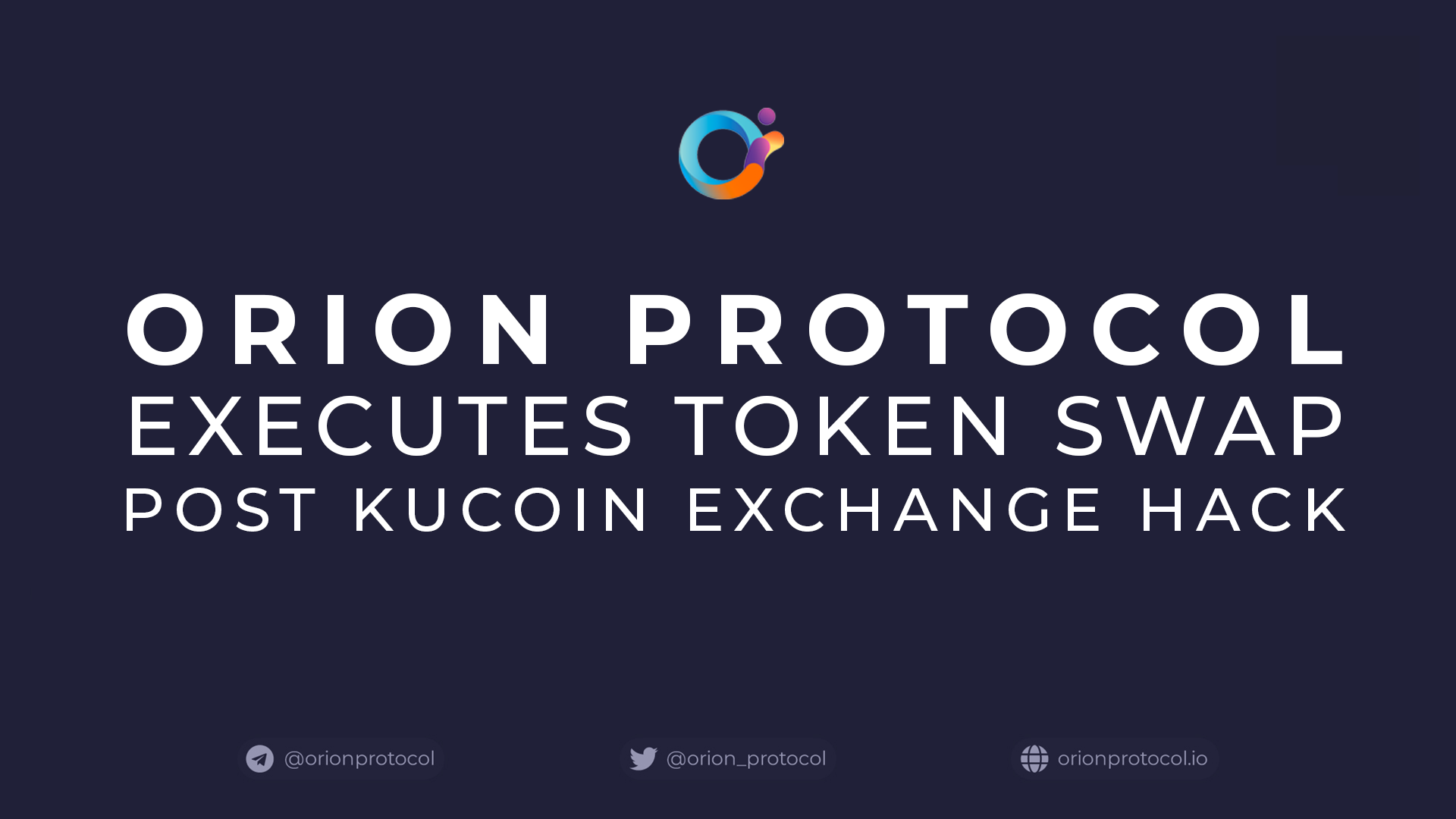 Following a ~$200million hack on KuCoin Exchange earlier today, Orion Protocol has reissued ORN tokens via a token swap, with automatic distribution of new tokens to all ORN holders.

Earlier today, KuCoin announced a hack that amounted to ~$200million of stolen assets.

A number of assets held on KuCoin were affected, including 3.8 million ORN. While this unfortunate situation was beyond our control, further rectifying this incident for all ORN holders is of utmost importance to us. In order to prevent the hacker profiting from the exploit at the expense of the ORN community, we took the executive decision to reissue all ORN tokens 1:1 via a token swap.

A snapshot was taken on the block 10939462 at 5:00 PM UTC. ORN’s ERC20 tokens will now be reissued 1:1 via a new smart contract, rendering the previous contract address, and tokens, obsolete. As a result, the stolen tokens will be worthless and have no impact on the secondary market.

ERC20 tokens will now be reissued and distributed to the holders of previous token. Please do NOT use the previous token address as funds will be lost.

Trading and withdrawals of ORN and other assets was temporarily suspended on KuCoin and a number of other exchanges*. Please note, CEX users won’t be affected: as exchanges have already updated the smart contract address, all staked tokens and rewards will remain in place and this will occur automatically. Once withdrawal is open, traders will be able to withdraw new tokens.

We would like to thank the ORN community for their support and understanding at this time.

*as per our most recent announcement, trading has now re-opened.

Following a ~$200million hack on KuCoin on September 26, Orion Protocol reissued ORN tokens via a...

ORN is now listed on Changelly