Orion SolarFlare is the DeFi launch solution unlocking IDO access exclusively for ORN holders. The first SolarFlare on Orion Terminal is Victoria VR: the world’s first realistic Metaverse. Built on Unreal Engine, created and owned by users. The whole world is built to be a universal platform for all virtual realities, games, and decentralized applications, collectively creating a Metaverse — a shared virtual realm, the 3D internet. 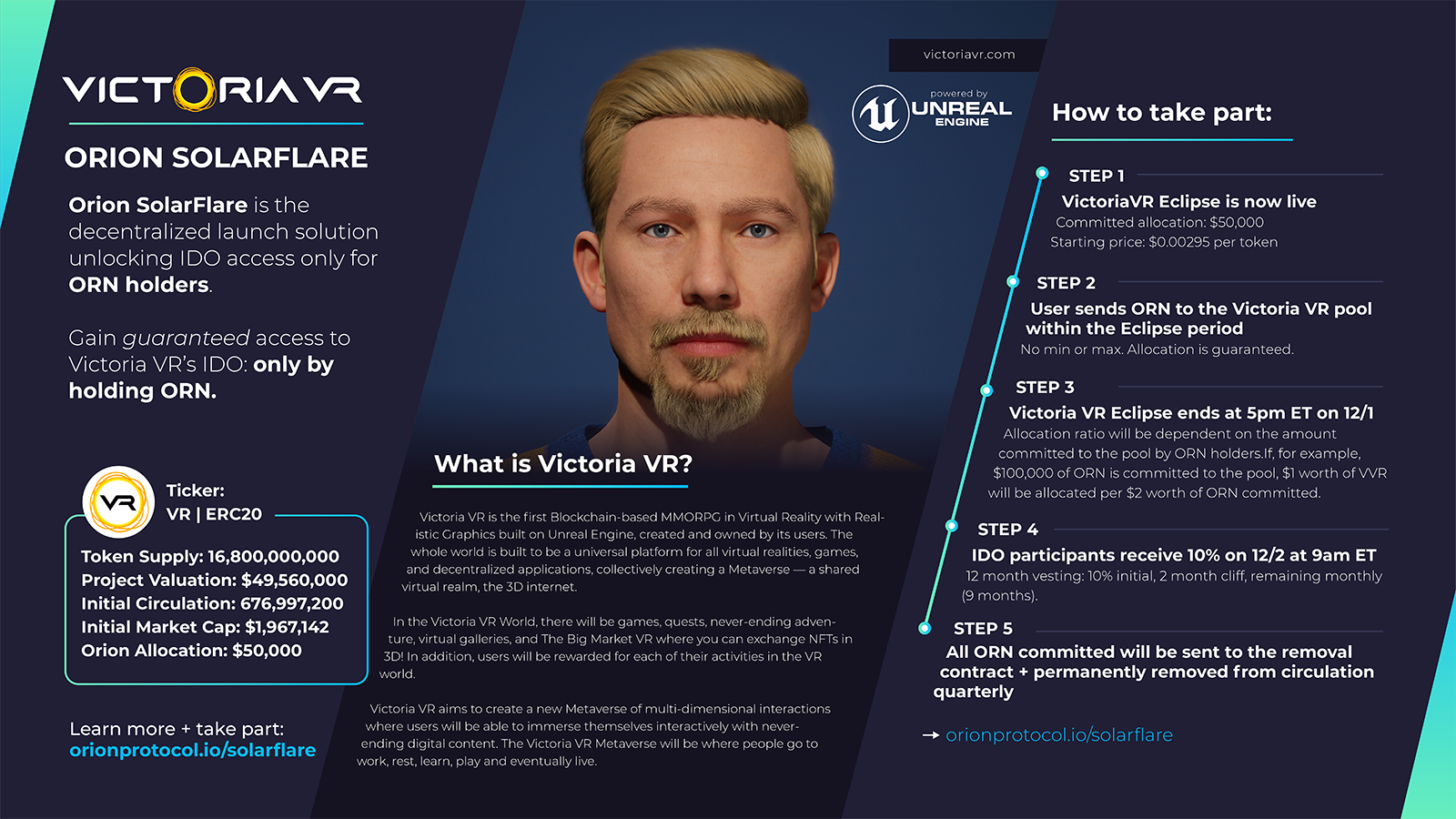 Victoria VR is an ever-expanding DAO and the Victoria VR token is used to govern it, creating an endless motivating economy rewarding active users and stakers. Users are rewarded for their activities (completing quests, playing minigames, exploring the world, creating, building etc.). It's a Play-2-Earn model, but the future vision is to grow this into a Live-2-Earn model, creating a huge world where people will work, rest, learn, play, and eventually live. The VR token can also be used to purchase VR lands.

Victoria VR has their own in-game blockchain solution to ensure transactions have absolutely the highest speed and lowest fees, while not being slowed down by other games or dApps.  There are also bridges to ETH and BSC Networks, and others in the future.

The staking program featured in Victoria VR offers 20% APY. Furthermore, 50% from everything earned by Victoria VR for selling assets in-game goes back to the rewards pool, ensuring the rewards pool is bottomless and the motivating economy never-ending. Ahead of the launch of Dynamic Staking, VR farming will be exclusively available on Orion Terminal from December 6th.

The Victoria VR SolarFlare is now closed. Learn how it worked below.

Sign up below to be notified about the latest news from Victoria VR - including VR Land sale whitelist, exchange listings, competitions, and more.