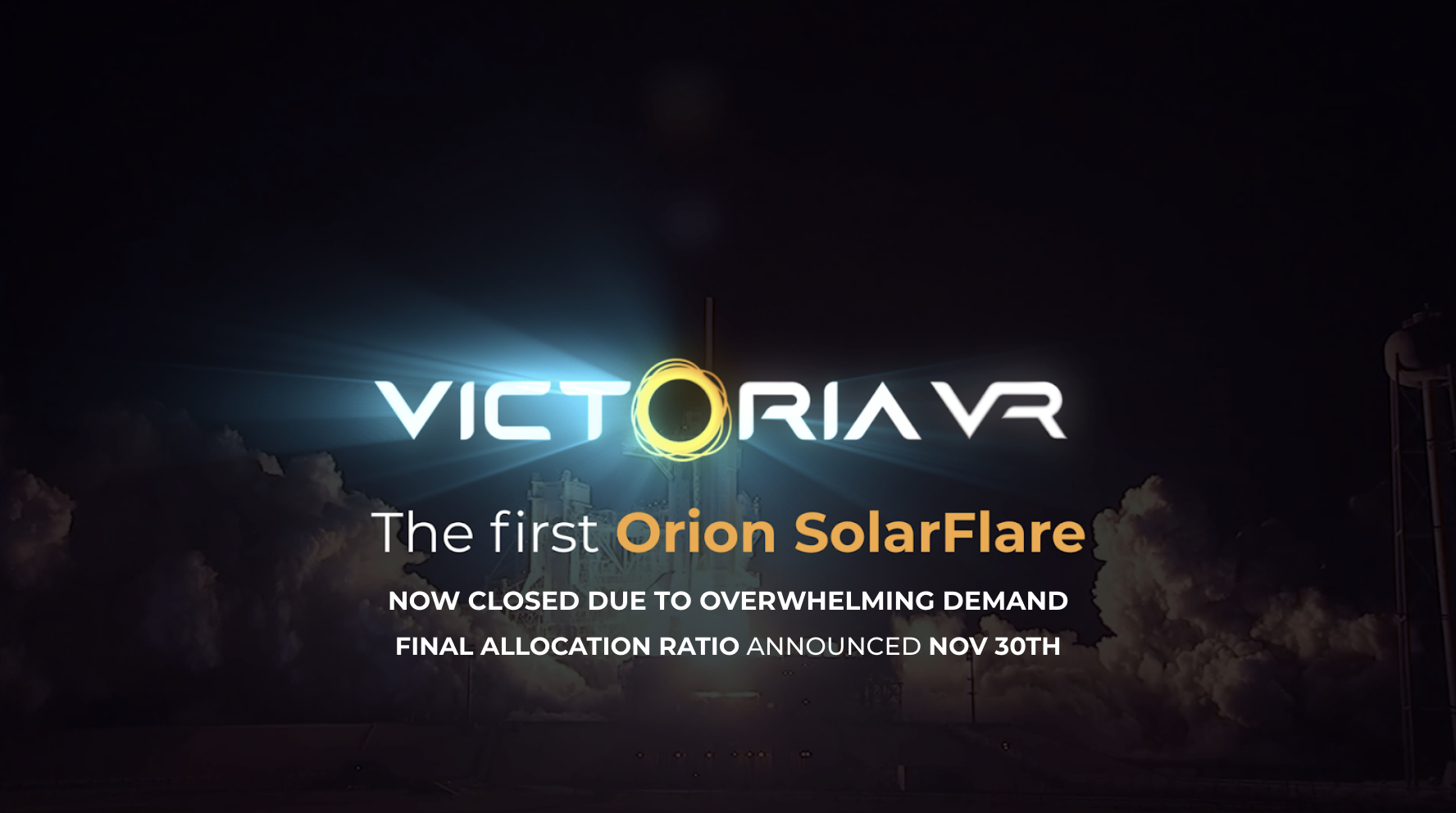 Due to overwhelming demand, the Victoria VR IDO on Orion SolarFlare is closing early to prevent massive oversubscription. The pool is now closed.

Victoria VR is the first blockchain-based MMORPG in virtual reality with realistic graphics built on the Unreal Engine, created and owned by its users, and is the first Orion SolarFlare.

Orion SolarFlare was built to enable democratic access to IDOs simply through holding ORN - without minimums, maximums, lock ups, KYC, accounts, or pool caps. In doing so, the market and the community itself determines the value of a project.

In just 12 hours from launch, an incredible ~130,000 ORN has been committed to the Victoria VR SolarFlare to gain access to VR tokens, at a current market value of over $1 million. This ORN will be permanently removed from circulating supply.

The overwhelming demand for the VR token and success of Victoria VR’s SolarFlare is an incredible indicator for Victoria VR’s upcoming launch. Due to this rapid success, the two teams have taken the decision to close the IDO two days early in order to prevent excessive oversubscription.

The pool is now closed. Users must no longer send funds to the SolarFlare address.
The final allocation ratio will be announced Tuesday November 30th.
The VR tokens will be distributed to participants on December 2nd as planned.

Co-marketing between Orion Protocol and Victoria VR will continue beyond pool closure, ahead of upcoming exchange listings (including on Orion Terminal), VR land sale, farming, and more. Sign up below to be the first notified about Victoria VR’s upcoming developments.

Meanwhile, the incredible success of Victoria VR’s IDO is a promising indicator for the future success of SolarFlare IDOs. The Orion team looks forward to showcasing a number of exciting projects over the course of the next month.

Exclusive access to Chumbi Valley's IDO, only with ORN.

Chumbi Valley: CHMB listing on Orion Terminal
Get in Touch