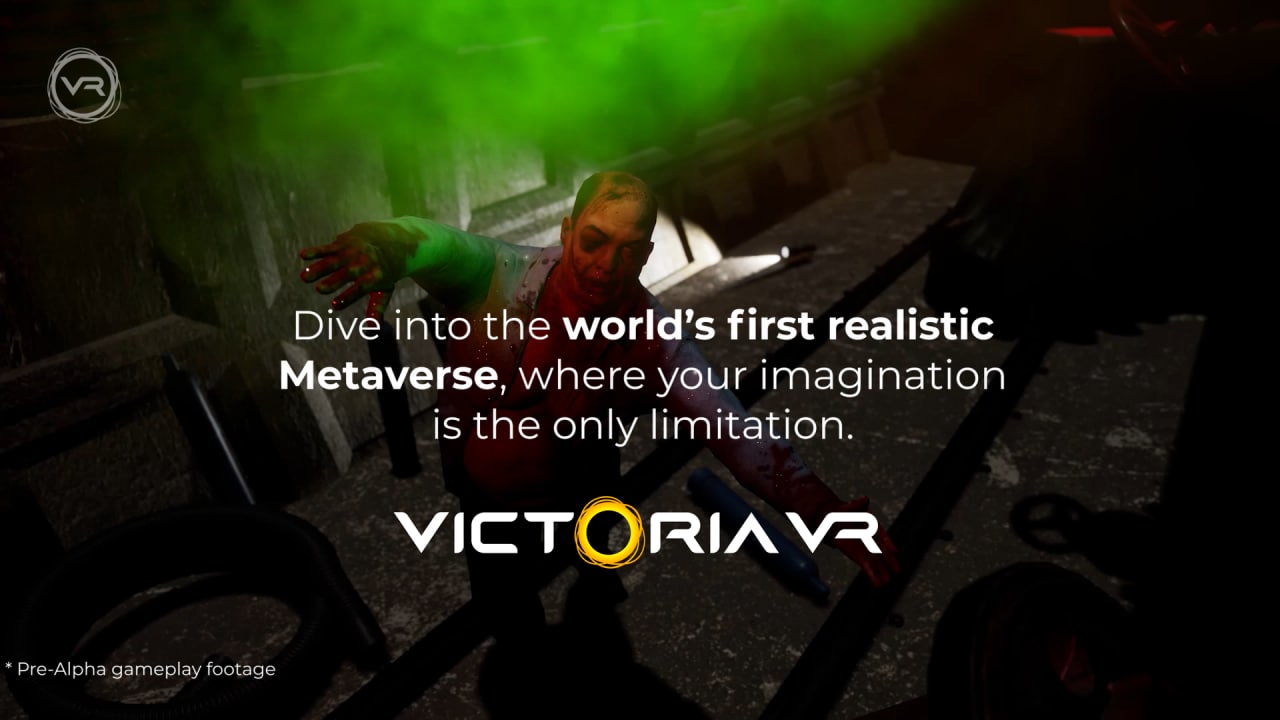 Didn’t make it into the Victoria VR IDO? Learn more about Victoria VR ahead of its upcoming launch. Adam Bém, COO and Co-Founder, joined the Orion team for a deep dive into Victoria VR: from tokenomics and revenue streams, to roadmap and future plans.

Victoria VR is the first Blockchain-based MMORPG in Virtual Reality with Realistic Graphics built on Unreal Engine, created and owned by its users. The whole world is built to be a universal platform for all virtual realities, games, and decentralized applications, collectively creating a Metaverse — a shared virtual realm, the 3D internet. The Victoria VR Metaverse will be where people go to work, rest, learn, play and eventually live. The driving force behind Victoria VR

Victoria VR was Co-Founded by Adam Bém and Ondřej Dobruský in 2018.

Ondřej, Victoria VR’s CEO, is a technology expert with over 16 years’ experience inventing new technologies, solutions, and their application. He has over 11 years’ experience in leading and assembling dream teams, is a Gaming and Virtual Reality enthusiast and developer since 2010, and Game Architect since 2018.

Victoria VR has been in development since 2018. In that time, Victoria VR has undergone massive expansion, with over 70 people working from a 1,200 m² office, and many more to come. 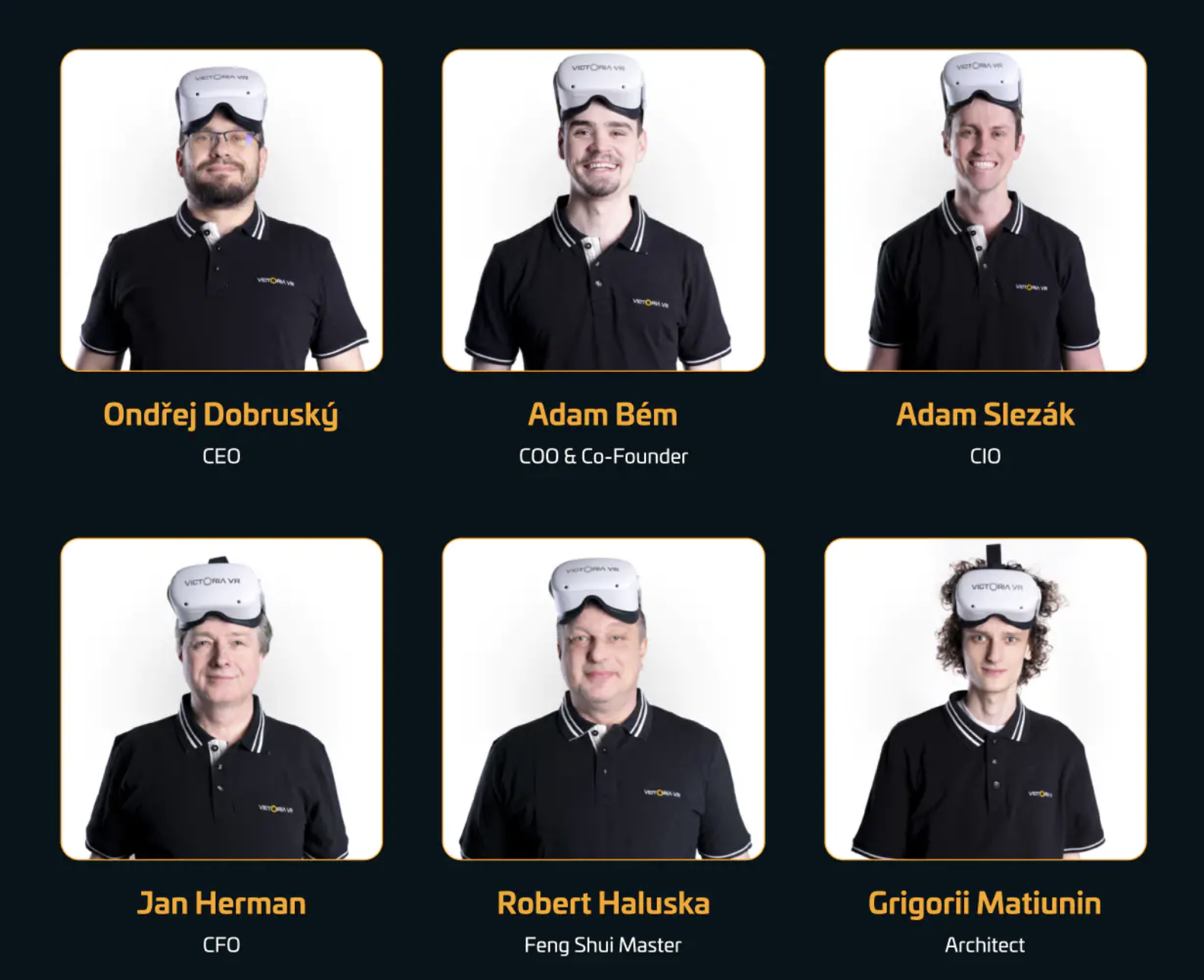 The metaverse is a shared virtual realm, the 3D internet where users are able to do absolutely anything and there is something for everyone. In our opinion, this will change the way we play, rest, educate ourselves, communicate, work and eventually even live.

There are a large number of Metaverse projects due to its recent hype. The problem we are solving is the huge lack of Metaverse in VR, which has the same characteristics as Victoria VR. All similar projects in the market lack at least one critical feature, which we believe will be key to the success or failure of the project in the long run. The most common are; the absence of blockchain, poorly designed economics, incentives and the overall mechanics of the game (so there are no active users), the absence of upgradability and scalability of the virtual world, poorly chosen technologies, or terrible graphics.

Victoria VR is the first Blockchain-based MMORPG in Virtual Reality with Realistic Graphics built on Unreal Engine, created and owned by its users. The whole world is built to be a universal platform for all virtual realities, games, and decentralized applications, collectively creating a Metaverse — a shared virtual realm, the 3D internet.

Victoria VR is not only building the first realistic metaverse, but one unconstrained by the existing limitations of other chains - overcoming issues of scalability, latency, transaction costs, etc, prevalent in blockchain right now.

Thanks to our server solution, Victoria VR world will be fully upgradeable and scalable, which means we will improve alongside the technological improvements and thanks to our server’s solution, we will be able to host millions of online users at any one time. We will have our own tailor-made blockchain solution coming later next year, so users won’t have to worry about the transaction speed at all. Our blockchain solution will guarantee minimal fees and a much higher rate of the transaction at the same time.

That is vital for us because even minimal delays can have an impact on the user experience from the game. And critically, we don't want to be limited by anyone else: our blockchain solution will only have one member - Victoria VR. That means that hundreds of other decentralized applications will not be connected.

Only our world will use our solution and even if this problem we speak of may not be a problem in the beginning, we believe that with growth it will be a problem one day - a big problem. Hence the need for our own blockchain solution. There are also bridges to ETH and BSC Networks, and others in the future.

Crypto is already changing people’s lives in a way that was previously only available to the select few. The metaverse takes that one step further in the creation of a ‘leisure economy’ - not only reversing the value exchange of game play where players are rewarded for participation instead of paying to play, but rewarding players and creators with potentially appreciating assets - meaning participation can become a revenue stream.

The role of the token plays a huge role here: Victoria VR is an ever-expanding DAO and the Victoria VR native utility token is used to govern it, creating an endless incentive economy that rewards active users and stakers. The VR token can be used for:

Users are rewarded for their activities (completing quests, playing minigames, exploring the world, creating, building etc.). It's a Play-2-Earn model, but the future vision is to grow this into a Live-2-Earn model, creating a huge world where people will work, rest, learn, play, and eventually live.

The staking program featured in Victoria VR offers 20% APY. Furthermore, 50% from everything earned by Victoria VR for selling assets in-game goes back to the rewards pool, ensuring the rewards pool is bottomless and the motivating economy never-ending. Ahead of the launch of Dynamic Staking, VR farming will be exclusively available on Orion Terminal in December.

Victoria VR plans to become a self-sustaining economy: traditional businesses will establish locations for themselves in Victoria VR, where they will be able to sell and promote their digital and real-world goods and services. We have created multiple revenue streams to support the maintenance, development and growth of Victoria VR World as it evolves into a fully autonomous economy.

These revenues will be generated from:

Recently we closed the funding round and here are the investors that are backing our project: Dominance Ventures, Non-Fungible Fund, Wave Financial, Neon, DAO Maker, Altered Ventures and others. We have successfully entered into large partnerships with technology companies that we will publish soon, as well as partners to create new businesses inside Victoria VR. But the best is yet to come.

Short term, the next two focuses for December are exchange listings and our VR Lands auction (in order to buy VR lands, you will need VR tokens). We have so much more to come over the following months and year ahead - sign up below to be notified on the latest developments from Victoria VR.