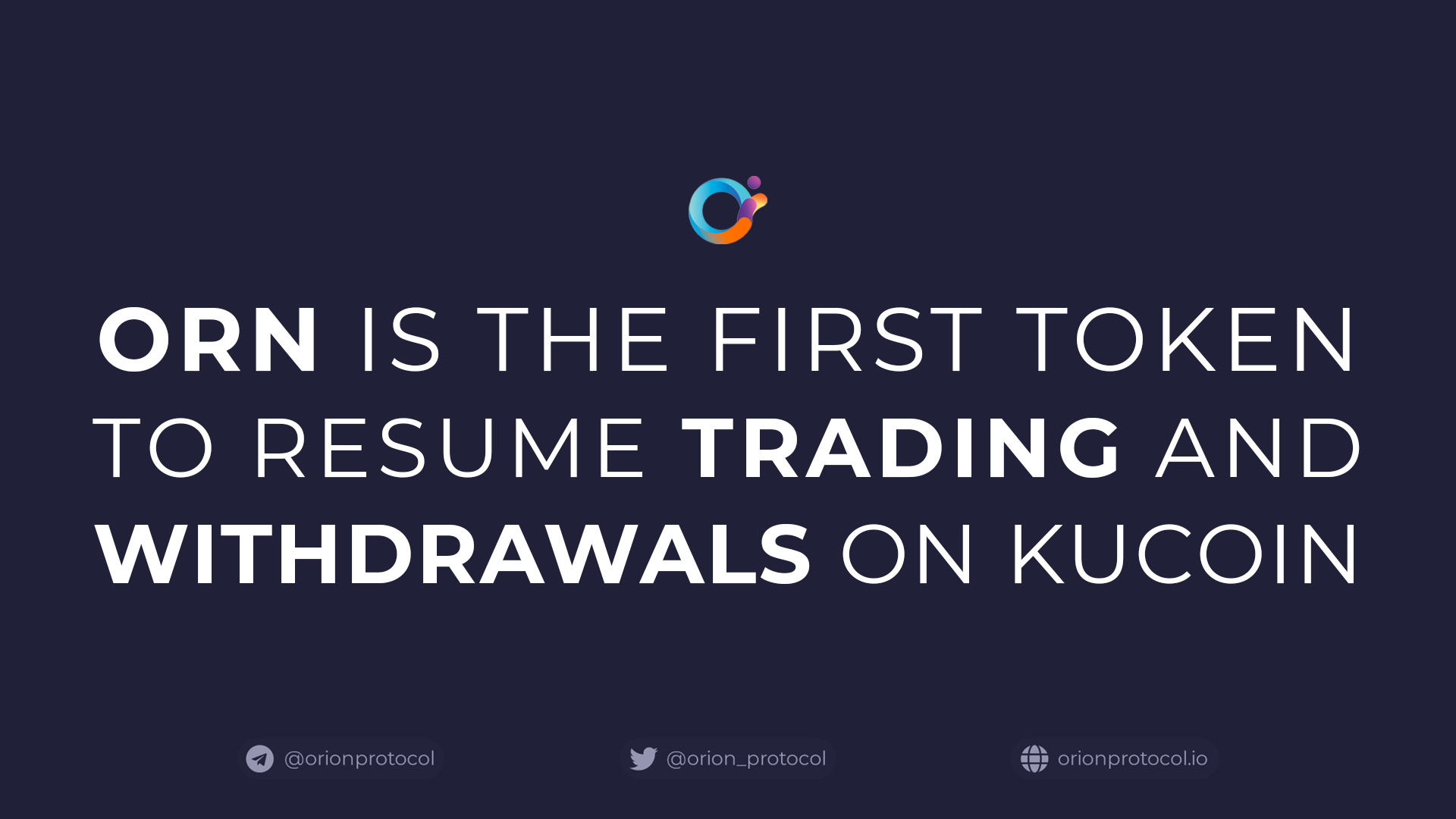 Following a ~$200million hack on KuCoin on September 26, Orion Protocol reissued ORN tokens via a token swap, with automatic distribution of new tokens to all ORN holders. As a result, ORN is the first token to resume trading and withdrawals on KuCoin. Deposits will open shortly.

In order to prevent the hacker profiting from the exploit at the expense of the ORN community, we took the executive decision to pause trading, deposits, and withdrawals on KuCoin, and reissue all ORN tokens 1:1 via a token swap.  ORN’s ERC20 tokens have now been reissued and distributed via a new smart contract, rendering the previous contract address, and tokens, obsolete. The stolen tokens are worthless and will have no impact on the secondary market.

Trading and withdrawal of ORN have now resumed on KuCoin - deposits will reopen shortly. ORN assets will be 100% safe. ORN Pool-X staking was not affected, all staked tokens and rewards will remain in place and rewards will be distributed in a timely manner.

While trading continued on other exchanges, deposits and withdrawals were suspended. Our centralized exchange partners have updated the smart contract address, and full trading will reopen shortly.

Please do NOT use the previous token address as funds will be lost.

Orion: KuCoin’s DeFi Project With the Most Potential?

Across over 2,000 recommendations, Orion Protocol has been nominated as one of the two candidates...

Just a few hours prior to ORN's listing on KuCoin on July 25th, Orion held an AMA with Johnny Lyu,...

Margin Trading comes to KuCoin for ORN  Orion Protocol‘s native ORN token is now available for...
Get in Touch